The Airports Council International Asia-Pacific has discovered that travel curbs are ineffective when limiting the international spread of COVID-19 and has recommended that the Japanese remove all international air travel restrictions. 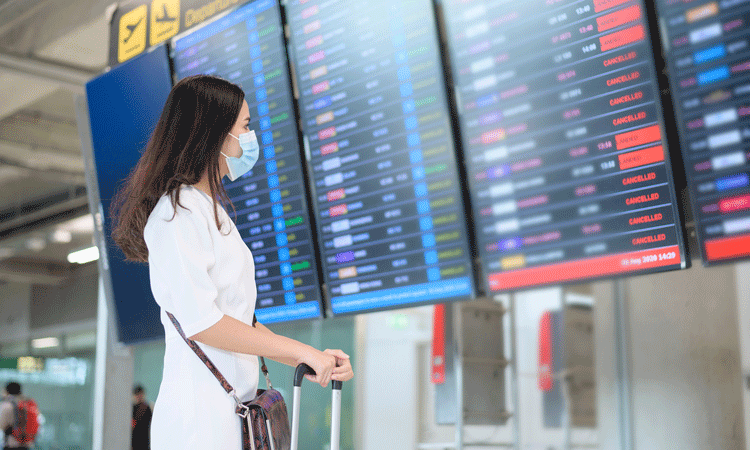 Despite considering the Government of Japan’s decision to remove border measures imposed in the Country in response to the COVID-19 pandemic as a positive step, Airports Council International Asia-Pacific (ACI Asia-Pacific) recommends the government for a complete removal of international air travel restrictions, indicating that the industry cannot fully recover amid curbs.

According to the latest circular from the Government of Japan, nearly 200 countries will be divided into three risk categories, red, yellow and blue, which will determine whether or not visitors can bypass quarantine and be subject to more simplified COVID-19 testing measures, according to Japan’s Ministry of Foreign Affairs. The requirements still in force to access the country, however, will likely hamper the positive direct, indirect and catalytic impact that air transport has on the national economy.

An independent study was commissioned by ACI Asia-Pacific and was undertaken by Oxera and Edge Health to analyse the effectiveness of travel restrictions. The study, based on modelling different scenarios of COVID-19 variants of concern with similar or higher level of infectiousness than the current Omicron, revealed that travel restrictions such as quarantine and testing would be ineffective in mitigating the spread of COVID-19. The potential gain in delaying the peak of COVID-19 cases by a few days based on the severity of measures applied would not outweigh the damage on the economy and the society.

It is difficult to predict what will happen in the longer term (e.g. natural immunity could be greater, meaning even less infectious variants could become dominant; or natural immunity could wane such that Omicron becomes dominant again), so it will be important to consider the longer- term picture again as more data becomes available. However, based on the findings of this study and on the experience gained in other regions of the world, it is possible to set general principles for imposing travel restrictions:

The costs of imposing any restrictions should be balanced against the benefits “Curbs on international travel does little to prevent the spread of COVID-19 but leads to significant impact on the economy, causing the loss of jobs and businesses. Analysis shows that travel restrictions have, to a large degree, failed to prevent the spread of COVID-19 and have turned out to be a deterrent for the recovery of aviation. Over the past few months, we have seen several Asian countries gradually abolishing travel restriction and have been successful in managing the situation without negatively impacting the health care system at national level. Therefore, we recommend the Government of Japan to consider removing all remaining travel restrictions and allow people to travel freely. A total relaxation of travel protocols will provide greater impetus to the economy of the country as well of the other countries in the region,” said Stefano Baronci, Director General, ACI Asia-Pacific.

In the last few months, many Asian countries have abolished travel restrictions on both business and leisure travel, following the practice already applied by other regions in the world. An increasing number of countries such as Cambodia, Singapore, India, Thailand, Malaysia and Australia have also withdrawn the restrictions on international air travel, without negatively impacting the health care system at national level. Preliminary statistics from Phnom Penh, Singapore, New Delhi, Bangkok (Suvarnabhumi), Kuala Lumpur, and Brisbane show that, in aggregate, passenger traffic have increased substantially between the end of February and May 2022.

A fundamental pre-requisite for this progression has been the increasing level of vaccination, covering approx. 70 per cent of the population across Asia-Pacific and Middle East. On the contrary, travel to and from Japan is limited to a daily cap, with requirements for pre-departure testing, on-arrival testing, and/or quarantine for passengers arriving from certain countries.

“The significant efforts made by the Government of Japan and by the airport operators to mitigate the COVID-19 risk has provided a substantially safe environment, especially when vaccination among the population was not sufficiently spread. However, the research is clear that the inevitable delay in identifying new variants means that transmission already occurs by the time travel restrictions are imposed. The experience gained over this period combined with the peculiar nature of the Omicron variant, highly infectious but significantly less aggressive than previous variants, justifies a review of the health protocols proportionate to the diminished level of risk for the local communities,” added Baronci.

“The Government of Japan has taken conscious step to reopen boarder 1 June 2022, but with certain limitations. However, we recommend full freedom of movement for fully vaccinated passengers, including removal of testing,” said Baronci.

The continued limitations due to the restrictions of air travel in Japan has had a massive repercussion on the overall recovery of the industry in the Asia, Pacific and the Middle East. This is posing a challenge for the industry in Asia-Pacific and Middle East region anxiously waiting for revenue opportunities that could help spark recovery.

Japan, a dominant player in the aviation sector, can support the recovery of air travel across Asia- Pacific and Middle East once fully opened. Removing all COVID-19 restrictions will restore freedom to travel and will be a greater boost for the whole travel and tourism sectors. ACI Asia-Pacific recommends Government of Japan to remove all remaining travel restrictions as it paves way to boost the economy of the country as well of the other countries in the region.

The new strategy of Riga Airport: Investments in future development and regional competitiveness