Posted: 25 May 2022 | International Airport Review | No comments yet

According to the European Travel Commission’s Long-Haul Travel Barometer for summer 2022, the appetite for overseas travel to Europe from several source markets has slightly improved compared to 2021. 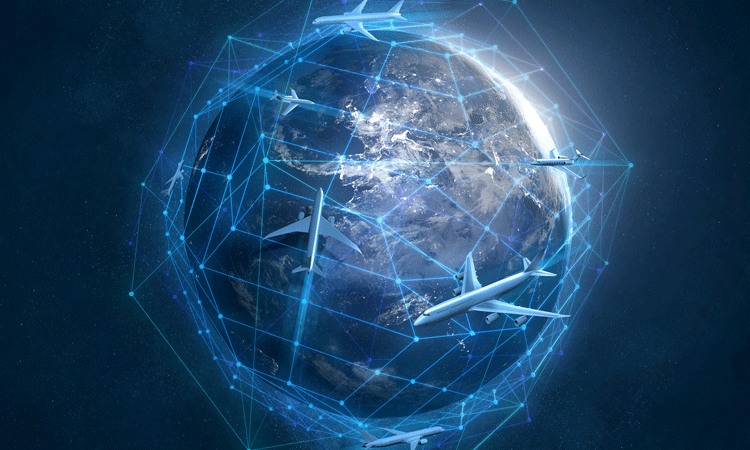 According to the latest Long-Haul Travel Barometer (LHTB) 2/2022, which provides insights on traveller sentiment for summer 2022 (May to August), the appetite for overseas travel to Europe from several source markets remains below pre-pandemic levels. Still, it has slightly improved compared to a year ago.

The LHTB from the European Travel Commission (ETC) and Eurail BV examines travel intentions in six overseas markets: Brazil, Canada, China, Japan, Russia, and the U.S. every four months. Intention to travel is measured in an index that reflects the dominant sentiment expressed by a market, either positive or negative. Values above 100 index points indicate a positive evolution, whereas values below 100 indicate negative attitudes towards travel in a given period.

Although the Russo-Ukrainian conflict has created new challenges for the European travel sector, it appears to have had a limited impact on sentiment in most long-haul source markets except in China and Russia, with the majority of respondents (76 per cent) stating that the conflict has not impacted their travel intent. Results show that COVID-19 concerns, travel-related costs and the lack of convenient travel connections are the main deterrents to long-haul travel this summer.

Commenting following the publication of the LHTB, Luís Araújo, ETC’s President said: “ETC is pleased to see that long-haul travel sentiment is gradually improving as the world continues to recover from the pandemic – albeit at a slow pace. It is heartening that the ongoing conflict in Ukraine has not become another deterrent to international travel to Europe. Europe remains a safe and attractive travel destination. Nonetheless, the fallout from the conflict, such as rising costs of living and travel related costs are hampering the sector’s recovery. Promoting Europe in overseas markets and restoring international mobility will be crucial for the sector’s recovery in 2022.”

Russian and Chinese outbound travel sentiment most impacted by conflict

Due to the ongoing conflict in Ukraine and consequent sanctions imposed on Russia, Russian travellers desire to visit Europe reached the lowest level on record (78p). This is significantly lower than the sentiment expressed during the first COVID-19 wave (87p in May to August 2020) when most European countries had entered strict lockdowns.

In the short-term, over half of surveyed Russians (60 per cent) do not plan to travel outside the Commonwealth of Independent States (CIS). Among the few Russians (20 per cent) who do have plans to travel but not to Europe, nine per cent stated that the current situation has negatively impacted their interest in visiting Europe in the coming months, while seven per cent still consider the region an attractive destination and would love to visit it in the future.

Simultaneously, the ongoing conflict has deterred Chinese travellers (19 per cent) from visiting Europe. However, the war is not the primary concern for risk-averse Chinese travellers. Recent Omicron outbreaks and the strict zero-COVID approach are hindering outbound travel (30 per cent). Still, travel sentiment for visiting Europe has slightly increased (+6p) compared to last summer. This figure is poised for further improvement towards the end of the year (2022) when it is hoped China may remove restrictions on international travel. The appeal of European cities has strengthened among Chinese residents compared to 2021 figures, with a noticeable increase in appetite to explore multiple types of European destinations (e.g., coastal, metropolitan, rural, etc.).

The travel sentiment index in the U.S. has remained stable from last summer (109p), however, sentiment for visiting Europe has slightly deteriorated (93p). According to the survey results, this trend is mostly related to concerns surrounding the impact of inflation on personal finances and increased travel costs.

June and August 2022 are likely to be the most popular months for Americans planning European holidays. However, over half of Americans who stated their intention to travel to Europe during the summer season have not yet booked their plane tickets, suggesting that last-minute bookings will be a prominent factor in this market due to both economic and geopolitical uncertainty.

Canadians are similarly hesitant about when to take their next European holiday, with only 30 per cent having booked their flight tickets for summer 2022. Respondents from Canada wish to visit coastal and metropolitan destinations with France, Italy and the UK ranking as the most popular countries to visit.

Brazilian respondents have the most upbeat attitude towards long-haul travel to Europe (101p). The resumption of flights to popular European destinations has positively influenced travel sentiment, with one in two Brazilians preparing to visit Europe during the next four months. Of these individuals, 45 per cent have already booked their flight tickets, with July and August being the most popular holiday months. Brazilians prefer coastal destinations, as well as trips to the mountains. Train passes are their preferred transportation service for touring around the continent.

Despite a marginal increase in travel sentiment, Japanese enthusiasm for long-haul travel remains low (79p). The sentiment for visiting Europe is somewhat higher (93), but only 14 per cent of respondents have plans to take a trip to the region in summer 2022. In particular, 41 per cent of respondents stated poor travel connections between Europe and Japan as their primary reason for not visiting Europe. This was to be expected following the cancellation of many flights between the two destinations recently due to concerns about using Russian airspace in the wake of the Russo-Ukrainian war. For those willing to take longer journeys to reach Europe – Italy, France, Germany, and the UK continue to be the most appealing destinations.

How smart rate-making and gate management can maximise resource usage