Posted: 20 May 2022 | International Airport Review | No comments yet

Poland has invested into a new Solidarity Transport Hub, which will be ‘dual purpose’ infrastructure that can be used by NATO forces to transfer equipment, goods, or humanitarian aid. 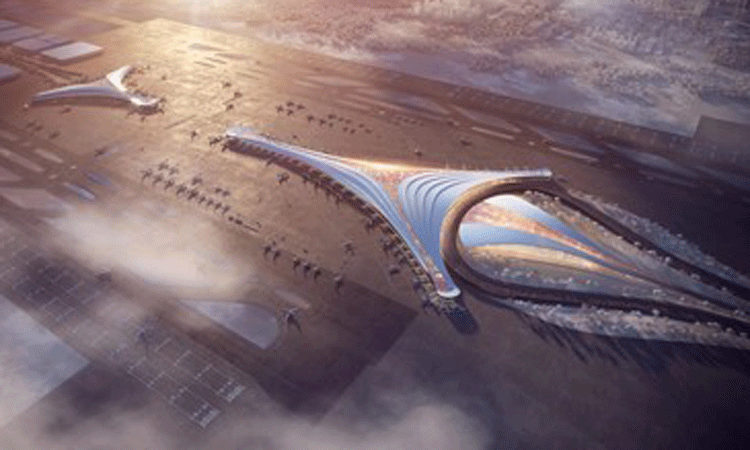 General Ben Hodges, former Commander of U.S. ground forces in Europe told the Polish Press Agency, that Poland’s planned new hub is what NATO needs in terms of military mobility and what the EU has in mind when discussing military mobility. Events in Ukraine show that these words are even more relevant today.

Solidarity Transport Hub (STH) is a new greenfield airport, prepared by Polish government since 2017. It is to be built in 2027 with capacity of 40 million passengers annually in the first phase. Its most important feature will be an integration of air, rail, and road transport.

More than one purpose

Solidarity Airport is a civil project, however it will also increase security of Poland and CEE. In times of armed conflict, airports, including civilian ones, are sometimes used for transferring military units (especially rapid reaction forces), equipment, goods, or humanitarian aid.

In military terminology this mechanism is called ‘dual use’. Dual purpose infrastructure may be used by NATO forces whenever necessary.

The heart of the Polish transport system must never stop working”

Hodges in his statement to the Polish Press Agency stated that Poland need depth and redundancy in transportation infrastructure. The STH project will add a capability and capacity that no other node in Poland (or elsewhere in Eastern Europe) can match – added gen.

A significant advantage of STH will also be intermodality and an excellent connection of the airport with every part of Poland and Europe, especially its central and eastern part. Solidarity Airport will be located at the centre of new 1981-km-long railway network. The hub’s location near A2 motorway and halfway between Warsaw and Lodz will also provide convenient infrastructure integration.

Such features will enable to reload equipment or goods onto rail or road transport immediately. Hence, it will be possible to move people or cargo efficiently from the centre of Poland to any part of Europe.

“The STH, despite its civilian nature, also has a significant impact in terms of our country’s defense. Of course, it will not be a military base, but still an extremely important point of NATO‘s eastern flank. If only because of significant increase of military mobility,” added Deputy Minister of Infrastructure Marcin Horała, Government Plenipotentiary for the STH.

The STH company, which is set up to carry out this investment, has been consulting with the military on the assumed investment’s parameters since 2019. The process is ongoing, align with preparation of the airport’s master plan or feasibility studies for the STH railway projects.

“Solidarity Airport together with railway investments can be compared to the human heart and circulatory system. Efficient blood circulation not only enables us to function in everyday life, but can be crucial to our survival in crisis situations. The heart of the Polish transport system must never stop working,” commented Mikołaj Wild, CEO of STH company.