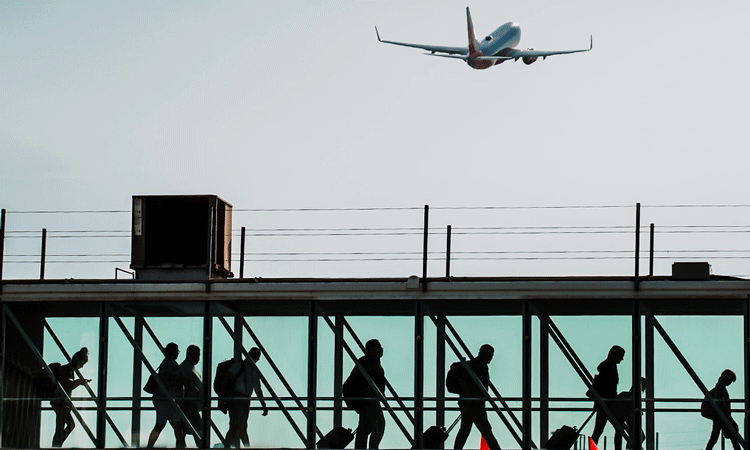 Ontario International Airport (ONT) officials had eagerly awaited a month in which passenger volume would be higher than the same month before the onset of the COVID-19 pandemic, and now the wait is over as the Southern California airport welcomed 454,000 air travellers last month (March 2022), four per cent more than in March 2019.

“Ontario is setting the pace of recovery among airports in California and, as a result, it is an attractive metropolitan gateway for airlines restarting suspended services and establishing new routes as public health restrictions ease and demand for air travel increases,” commented Alan D. Wapner, President of the Ontario International Airport Authority (OIAA) Board of Commissioners.

Domestic passengers totaled 439,531 last month, while the number of international passengers was almost 15,000, increases of 71 per cent and 446 per cent, respectively, compared with March 2021. The total number of ONT passengers was 75 per cent higher in March 2022.

Most importantly, domestic and international passenger volume combined was 3.97 per cent higher in March compared with March 2019. Domestic travel increased more than 6.5 per cent to 439,531 while international volume was 40 per cent lower at 14,492.

“The March passenger numbers are a tremendous achievement for our airport and airline partners, launching Ontario International’s pandemic recovery to an even higher level. We can’t say for sure what the coming months will bring, but the March passenger count shows what full recovery looks like,” added OIAA Chief Executive Officer, Atif Elkadi.

The emergence of ONT as an increasingly popular aviation gateway comes as the Inland Empire experiences a steady influx of new residents, particularly from the coastal areas of Los Angeles and Orange counties, drawn by employment opportunities, available housing and high quality of life. According to U.S. Census data, San Bernardino and Riverside counties have experienced the fifth-largest population gain among the top 50 metro areas in the U.S.

From January through March 2022, the number of passengers who traveled through ONT doubled compared to the same period last year (2021). The first quarter figures were 3.7 per cent lower than 2019.

Shipments of air cargo likewise remained strong in March compared with March 2019, increasing by 22 per cent. On a year-to-date basis, shipments of freight and mail combined were 18 per cent higher than the first quarter of 2019 as the Inland Empire continued to be a hub for commercial freight movement.

Compared to 2021, March 2022 and year-to-date cargo shipments decreased 6.5 per cent and seven per cent, respectively. 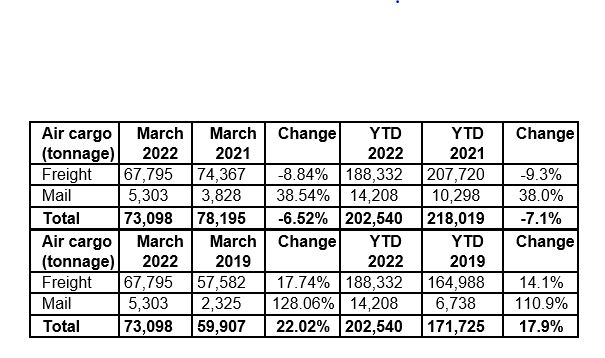