Austrian airspace has welcomed a new drone traffic management system to be implemented in 2023, which will ensure that drones continue to travel safely in the future. 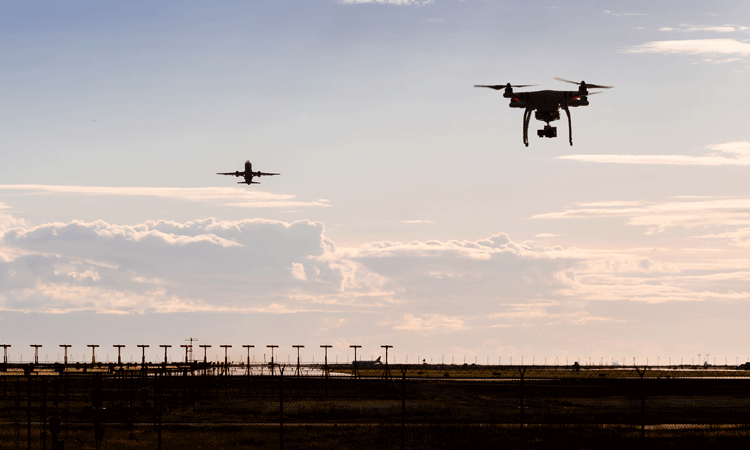 Austro Control has made strides towards safe integration of drones into Austrian airspace. A new drone management solution will be operational by early 2023.

The number of drones in Austrian airspace is ever increasing. To ensure that drones continue to travel safely in the future, dedicated traffic management systems with automated solutions are needed.

“Drones are among the central topics of the future for Austro Control. The possible applications in the commercial sector know hardly any limits. At the same time, there has been a veritable drone boom in the private sector for several years. These developments require a redefinition of airspace. With the traffic management system, we will make drone flying in Austria even safer in the future,” commented Austro Control Managing Director, Valerie Hackl.

The new system offers advantages for drone pilots on the one hand, and for Austro Control’s air traffic controllers on the other hand. The new digital traffic management system ensures that flight clearances for drones are handled faster, safer, and more efficiently in the future in an area where both manned and unmanned aircraft are on the move.

“With the implementation of the new drone traffic management system, we will take a significant step towards the future. Through digitalisation and automation, we are paving the way for the safe and efficient integration of drones into the airspace,” added Austro Control Managing Director, Philipp Piber.

The UTM solution will provide future communication between drone pilots and Austro Control will be based on digitalisation and automation. In the first stage of the joint project, the digital transmission of drone flight plans and the release of drone flights into controlled airspace by air traffic control are on the agenda. Subsequently, in line with EU regulations currently being implemented, drone identification and warnings of restricted airspaces will be activated in the system.

The most important features and services that will be implemented gradually over the next few years are:

From the perspective of the Federal Ministry for Climate Protection, Environment, Energy, Mobility, Innovation and Technology, the project to develop a drone management solution for the safe integration of drones into Austrian airspace is welcomed and supported. The co-operation will lead to solutions that will be trend-setting for the future of aviation, especially in the control of manned and unmanned aircraft, not only in Austria.