ACI EUROPE has released its latest air traffic report, which shows that after two months of stalled recovery, passenger traffic has resumed an upward trajectory in February 2022. 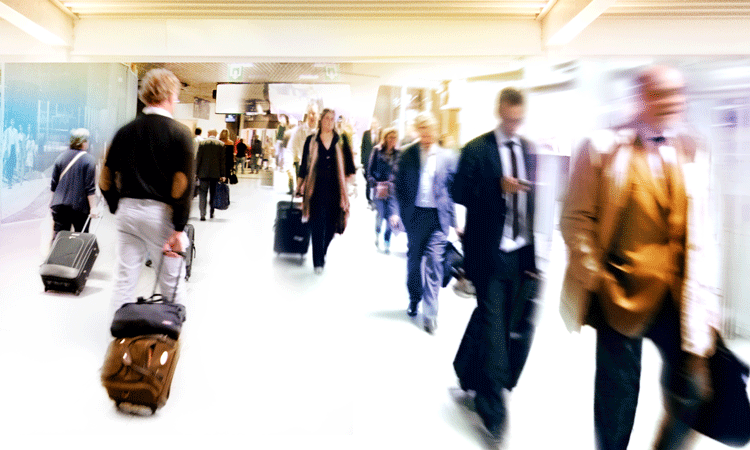 The report shows that after two months during which the recovery stalled due to the COVID-19 Omicron wave, passenger traffic resumed an upward trajectory in February 2022. Accordingly, compared to pre-pandemic (2019) levels, passenger volumes across the European airport network stood at -39 per cent during the month, up from -45.7 per cent in January 2022.

Olivier Jankovec, Director General of ACI EUROPE said: “Improvements to passenger traffic in February reflected the fact that States started to ease restrictions as the Omicron wave subsided, both at local level and those relating to travel. Since then, most restrictions to intra-European travel have been lifted and more external markets are opening up – meaning the traffic recovery has gathered steam.

“The outlook for the Easter holidays and into the summer months is strong, but staff shortages, high traffic peaks and ATM capacity issues are starting to put strain on operations and to impact quality. Above all, there is no escaping the fact that the war in Ukraine has devastated the country’s airports and that it also comes with significant downside risks for European air traffic.”

All data reported below are against pre-pandemic (2019) corresponding periods.

EU+ market improving faster than the rest of Europe

Airports in the EU+ market saw passenger traffic recovering to -42.4 per cent during February, up from –51.1 per cent in the previous month. The performance gap between national markets remained significant, mostly due to the lack of alignment on both the extent and timing of the easing of Omicron-related restrictions, but also increasing competitive dynamics.

The Majors (top five European airports) saw passenger traffic at -43 per cent in February, up from -48.5 per cent in January.

The permanence of severe travel restrictions on many intercontinental markets, in particular Asia, also weighed on other large hubs: Munich (-61.5 per cent), Helsinki (-60.2 per cent), Frankfurt (-53.4 per cent) and Zurich (-51.8 per cent). Meanwhile, those hubs relying predominantly on the Americas such as Dublin (-33.9 per cent) and Lisbon (-25.4 per cent) benefitted from the restart of the transatlantic market.

With passenger traffic at -28.6 per cent in February compared to –38 per cent in January, smaller regional airports posted the best performance amongst the different segments of the airport industry.

Freight traffic across the European airport network also improved significantly in February at +10.6 per cent, up from -8.6 per cent in January. Aircraft movements stood at -32.8 per cent in February compared to -42.1 per cent in the preceding month.