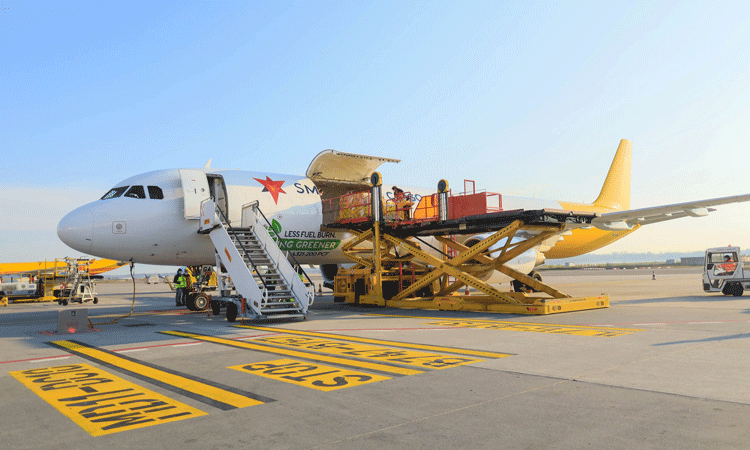 The DHL Express cargo aircraft took off at 09.00 am on 5 April 2022 from Milan Malpensa Airport (MXP) with destination Bucharest Henri Coandă Airport (OTP). The aircraft transported 17 tonnes of food collected on voluntary basis by employees of SEA, the group that operates Milan airports, for Ukrainian refugees in Romania.

At Coandă Airport, the cargo was transferred to three lorries under the supervision of SEA volunteers and Banca pentru Alimente București to then deliver the goods to shelters Asociatia Mladita, Asociatia Inimi nobile e Asociatia Casa Shalom, where 240 Ukrainian refugees fleeing war are housed.

The food was collected with the operational support and co-ordination of the European Food Banks Federation (FEBA).

“SEA and its people also wanted to offer tangible support to the Ukrainian people,” said Armando Brunini, SEA’s Managing Director. “We worked with DHL and the Food Bank and managed to organise the dedicated flight to deliver food to emergency shelters in Romania that house refugees coming from war zones. A small aid when compared to the hardships Ukrainians are having to face, but done with a great spirit of solidarity by all the people at SEA”. 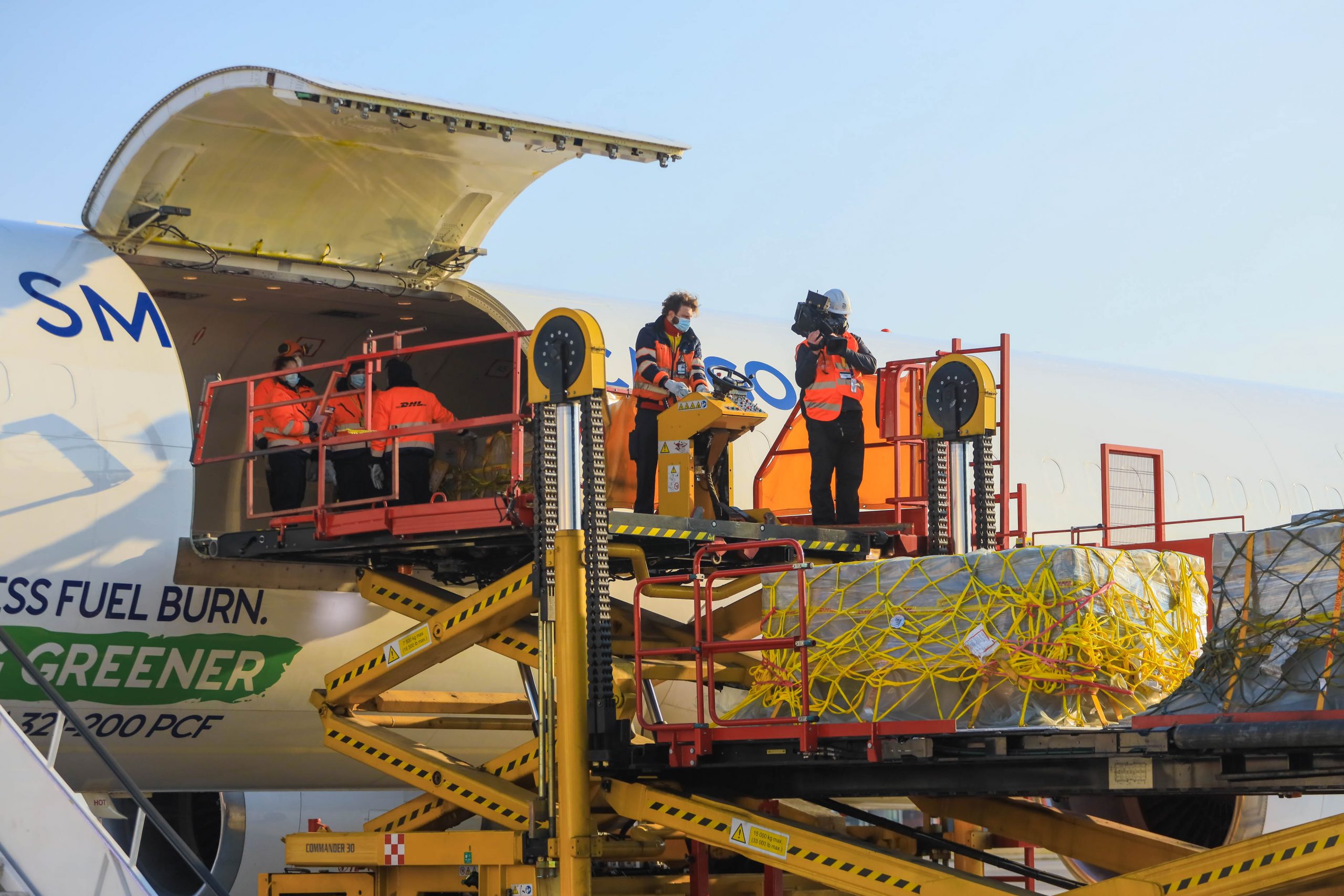 “We offered a dedicated aircraft,” commented Nazzarena Franco, DHL Express Italy CEO. “To help SEA and the Food Bank with this humanitarian initiative that is leaving from Malpensa Airport to bring aid to Ukrainian families who have taken refuge in Romania. This joint effort and the willpower of all involved people have allowed us to quickly reach an amazing result.

“Our group’s commitment to offer help in case of humanitarian crises continues also on an international level,” added Franco. “We are working in close co-operation with the UN to use our logistics expertise to support humanitarian aid to people differently affected by the war. We also have our own group programmes to provide support for the people on the ground”.

Jacques Vandenschrik, President of FEBA noted: “We thank SEA and DHL Express for this initiative in favor of the European Food Banks Federation to support Banca pentru Alimente București. This food will be fundamental for Ukrainian refugees in Bucharest and represents tangible evidence of a solidarity that crosses borders and gives hope”. 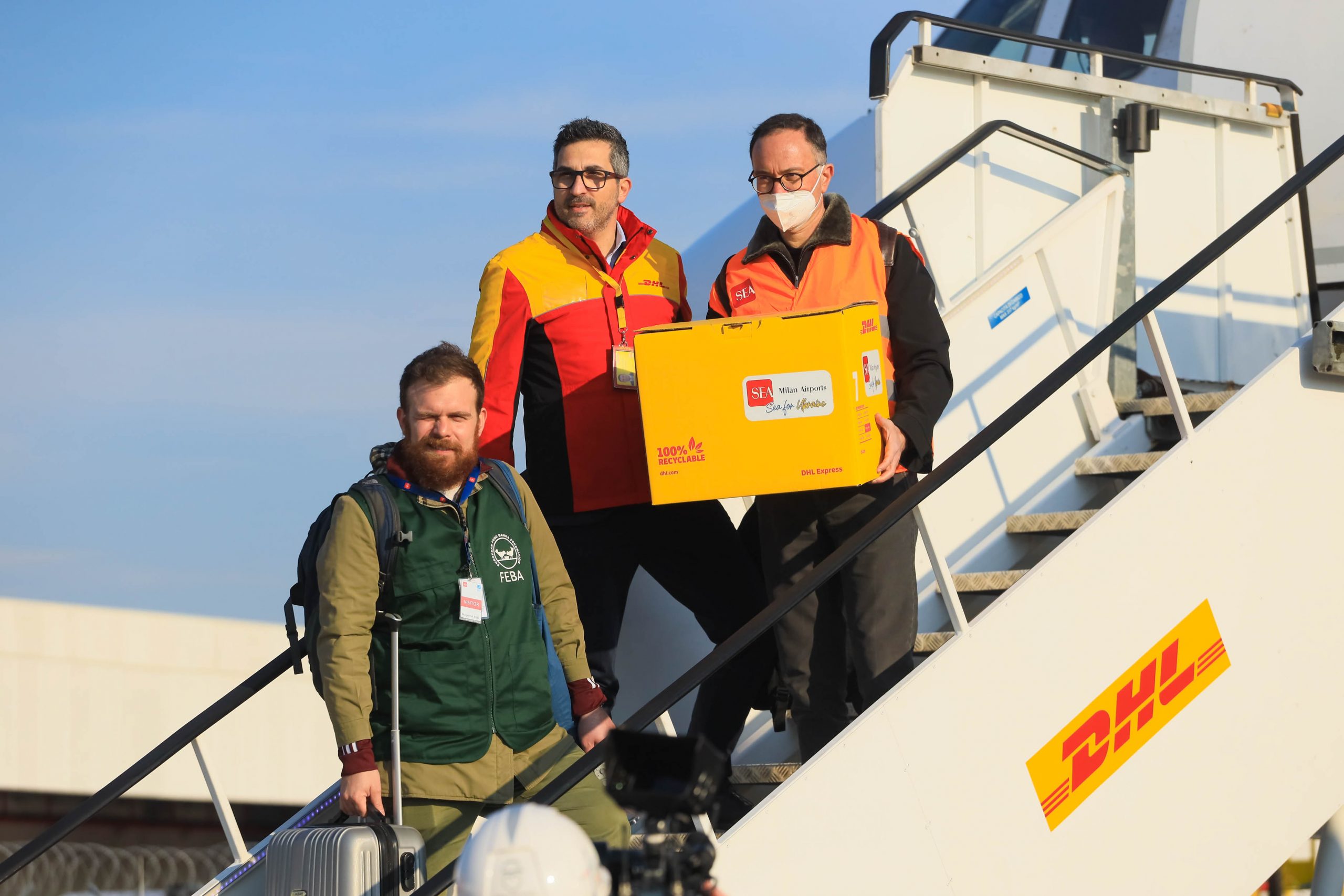 This initiative follows SEA’s first shipment, in collaboration with Progetto Arca, which left on 23 March 2022 in three lorries and one minivan. 11 SEA employees travelled almost 4000km, 1900km each way, to reach Siret, on the border between Romania and Ukraine. In Siret they delivered food, clothes and other essential goods that had been collected in Milan by Fondazione Progetto Arca. The three lorries contained 150 pallets for a total of 50 tonnes of goods. The journey took approximately four days.

At national level, DHL Express Italy is supporting ‘SOS Villaggi dei Bambini’ through a voluntary fundraising among its employees. ‘SOS Villaggi dei Bambini’ is the world’s largest organisation committed to supporting children who lack or are at risk of losing family care. DHL Express Italy is also offering its support to ‘Weworld’, an independent Italian organisation active in 25 countries focused on projects concerning Development Co-operation and Humanitarian Aid to guarantee the rights of the most vulnerable communities.