A recent open letter from Chief Medical Officers of Health from Air Canada, Toronto Pearson Airport, and WestJet have urged the Canadian government to remove passenger arrival tests at airports. 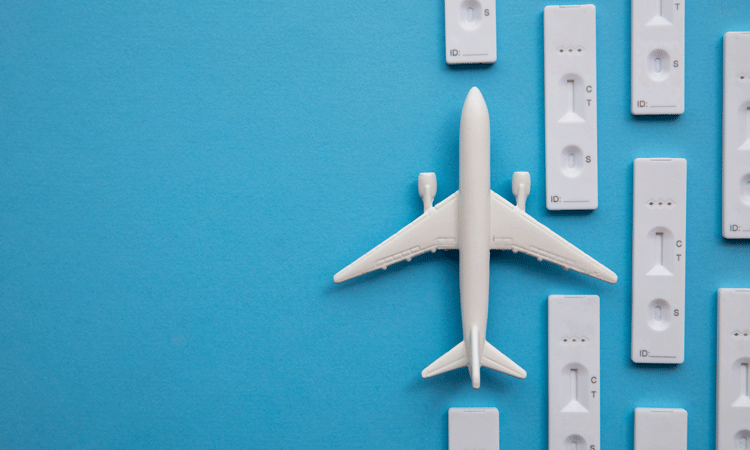 The letter reads as follows:

Over the last two months, Omicron has quickly become the predominant variant of COVID-19. As it spreads throughout our communities, we need to ensure Canada’s limited testing resources are being used where Canadians need them most – to support our communities, schools, hospitals, and long-term care homes.

As the government has ramped up testing at airports for international arrivals, we have seen frontline workers struggle to get PCR tests and lab processing capacity decrease significantly. There is a growing discrepancy between resources allocated to asymptomatic travellers and to those who need it most. In the most recent week of reported data, over 123,000 PCR tests were conducted at Canada’s airports with an average positivity rate of three per cent. Meanwhile, the positivity rate in our communities is now approximately 30 per cent and could be higher due to the under-reporting of positivity from a lack of tests.

A recent study prepared for the Manchester Airports Group (MAG) found that travel testing at best delayed the peak of cases by no more than five days, and made total case counts only three per cent lower. This was because Omicron was prevalent in the communities long before it was detected as a variant of concern in South Africa. Indeed, here in Canada as well, we have learned that Omicron was present and circulating in our communities long before the first official case was declared in Canada.

As every person travelling to Canada must take a PCR test prior to getting on a plane inbound to Canada and must be fully vaccinated, there is no good public health rationale for a second test upon arrival. We know that the primary concern for Omicron is in the community. By extension, the primary need for testing is in our community; not at our airports. Now is the time to act. We call on the Government of Canada to work with Ontario to implement the following measures immediately to support our healthcare system and our communities:

Collectively, our organisations have worked hard to keep travel safe, and we have achieved a positivity rate that is ten times less than community spread. Now is the time to shift testing resources to where they’re needed most. Removing arrivals PCR testing from Toronto Pearson Airport alone would free up 8,000 tests a day for the GTA, which will help keep our most vulnerable – those in long-term care, hospitals, and our children attending school – safe.

Now is the time to put scarce testing resources where Canadians need them most: in our communities and not in our airports.