Leeds Bradford Airport has released its latest plan to become net zero carbon by 2030, focussed on decreasing and eliminating emissions produced by the airport. 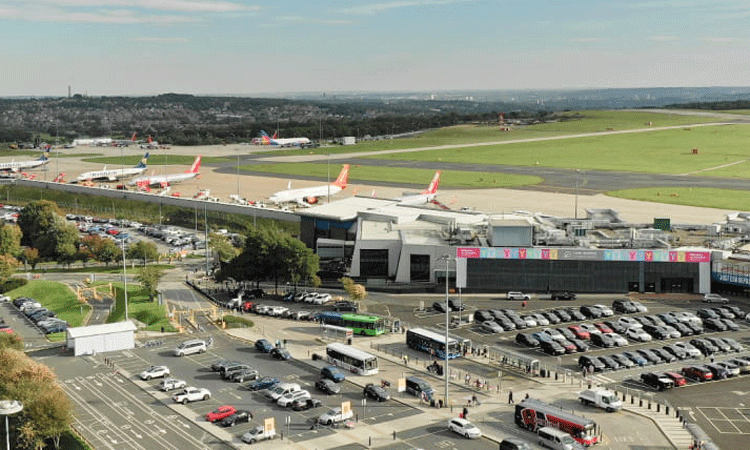 Leeds Bradford Airport (LBA) has announced its detailed plan to become a net zero carbon airport by 2030, unveiling the specific steps it will take in the coming years to achieve the goal on a new, publicly available website.

LBA’s roadmap is focussed on emissions that the airport is directly responsible for and is fully in control of. This includes decarbonising intensive terminal operations across the 260,000ft2 airport, such as renewable heating contracts, energy efficient air-conditioning, as well as converting on-site vehicles to low and zero emission solutions.

Once its roadmap is realised, LBA will be one of the first net zero airports in the UK.

LBA has also committed to measures that support reducing emissions produced by on-site business partners, such as airlines, to encourage and make it easier for partners to decarbonise their operations, as well as provide support to external sustainability plans.

These wider plans include Jet2’s commitments to reduce CO2 per passenger by 10 per cent by 2030, use UK produced Sustainable Aviation Fuel (SAF) by 2026 and operate 50 per cent zero emission ground support equipment by 2023. Similarly, Ryanair has committed to 66g of CO2 per passenger by 2030 and KLM has outlined a CO2 reduction path developed by Science Based Targets initiative (SBTi) specifically for the airline industry in line with the Paris Climate Agreement.

To date, LBA has been committed to reducing its owned emissions, with accreditation under the Airport Carbon Accreditation Scheme (ACAS), a voluntary global carbon management standard specifically for airports. Aiming to achieve the highest level possible in ACAS, LBA is on track to move up to Level 2 in early 2022.

“This net zero commitment is one of the most ambitious made by a UK airport and we hope it will reassure passengers, partners, and members of the public that we are planning for the long-term future of LBA,” commented Vincent Hodder, CEO of Leeds Bradford Airport. “Of course, emissions from aircraft are a concern across the aviation industry and we do not deny that or ignore it, but we are clear in our role to provide appropriate infrastructure and incentives to support the wider decarbonisation efforts of our partners and supply chain, as well as advocating for technological advances. We have intentionally made our plans publicly available, and we are transparent in both the airport operational and the aviation emissions challenge we face.

“Leeds can be proud that we are looking to do everything we can to make our own processes sustainable and that we are actively supporting partners to achieve their own decarbonisation strategies, and it is testament to the strong precedent set by our city councils that we have set our ambitions high.”

As a long-term goal, the airport will be aiming for the highest level of ACAS accreditation, which requires LBA to align its carbon management ambition with global climate goals and transform operations with absolute emissions reductions. This includes the emissions LBA controls, such as their energy usage, and those that LBA can influence, for example, third-party ground operations and flights.

For third party ground operations, LBA is introducing fixed electrical ground power on all aircraft contact stands to phase out the diesel-powered mobile ground power units, which are used to provide the aircraft with power whilst on the ground and when their engines are switched off.

Throughout the terminal, LBA has taken steps to reduce energy usage. This has already included 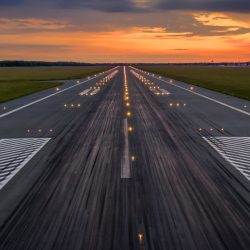 installing LED lighting with motion sensors to reduce unnecessary lighting. Variable speed drives have been retrofitted on the escalators in the terminal for efficiencies during periods of low or no passenger movements, and airfield signage lightboxes have been upgraded from the existing fluorescent strip lighting to LEDs. The culmination of these steps has led to a 48 per cent reduction in LBA’s terminal emissions over the past six years.

For staff, a Cycle to Work Scheme has been available to employees since 2010, as part of LBA’s sustainable travel plan. Alongside this, an electric vehicle salary sacrifice scheme is in the process of being set up to assist and incentivise employees to purchase electric vehicles.

For passengers, LBA is currently working with its airport transport partner, Transdev, to upgrade the existing Flyer bus network to a fully electric-powered fleet. The Flyer buses provide an essential connection for passengers from Leeds, Bradford, and Harrogate to the airport, reducing traffic and transport pollution.

In conversation with Armando Brunini, CEO of SEA Milan at World ROUTES 2021 Conference