Helsinki Airport becomes the first airport to offer passengers the chance to name the airport after themselves by adding their name to the official sign on the airport’s façade. 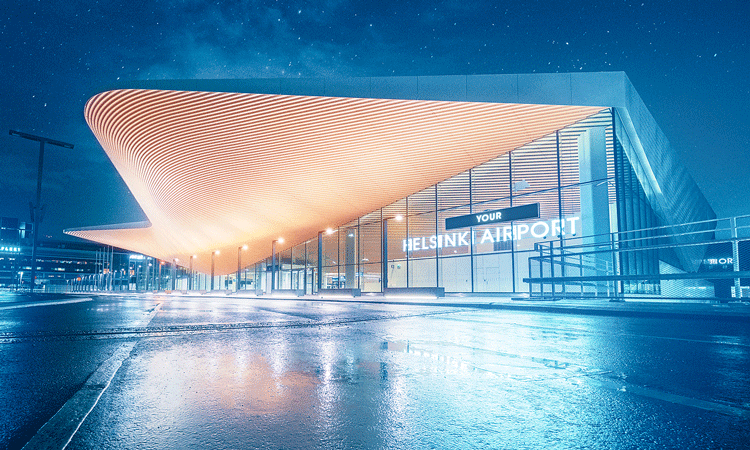 Traditionally, airports around the world have been named in the honour of great men of the past. Now, Helsinki Airport is naming itself after all its visitors to show its dedication to its passengers and the airport’s future.

Charles de Gaulle, Leonardo da Vinci, and John F. Kennedy – what connects these great men is that they all have airports named after them. Instead of joining this bandwagon, the renewed and expanded Helsinki Airport has dedicated itself to the people it most values, its passengers. As of now, anyone visiting the airport has the chance to name it after themselves by literally adding their name to the official sign on the airport’s façade.

“We strongly believe that airports are, and always should be, for the passengers. Because what would they be without customers? We are beyond proud to be the first airport in the world to actually name ourselves after you, me, and all of us,” said Katja Siberg, SPV of Marketing and Customer Experience of Finavia Corporation.

Renaming the airport temporarily is a part of the celebrations surrounding the opening of Helsinki Airport’s renewed Terminal 2. The newly finished terminal is a part of Finavia’s extensive investment programme that aims to strengthen Helsinki Airport’s position as Northern Europe’s leading transfer hub, with a specific focus on developing its customer experience.

The airport is being developed according to a one roof concept, meaning that all the services can be accommodated in a single building. This especially benefits transfer passengers, as transfer times are short and there is no need to change terminals.

The new terminal extension, its wooden ceiling, and the nature elements represent the best of Finland’s renowned architecture. Material and décor solutions have been made to honour and showcase Finnish and Scandinavian design.

Are AI, data and biometrics the key to a sustainable future for baggage?