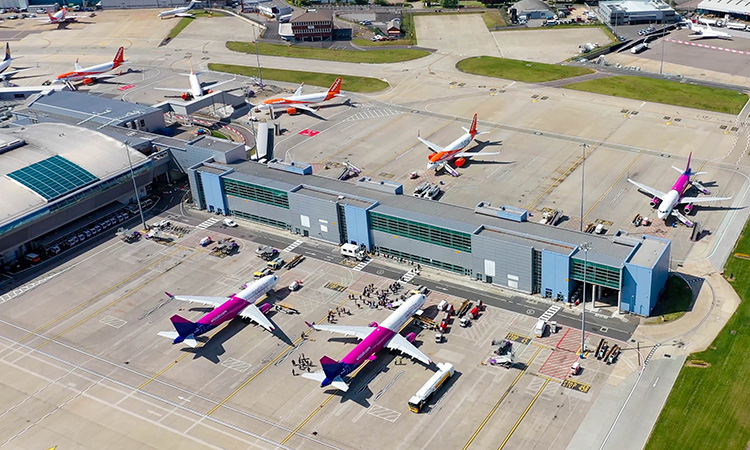 The ACA Scheme is a global carbon management framework for airports, managed by Airport Council International (ACI). The framework is intended to help drive the reduction of carbon emissions across all areas of airport operations: from airport infrastructure to airlines, surface access providers, ground handlers, and retailers.

LLA joined the ACA at the end of 2019 and progressed to Level 3 in just 18 months, following its collaboration with key stakeholders to develop a plan to reduce emissions at the airport.

Overall, the airport reduced direct carbon emissions by over 30 per cent, despite a 23 per cent increase in passenger numbers between 2016 and 2019.

The airport has achieved this through activity such as:

LLA has committed to achieving carbon neutrality for its own operations by no later than 2026, whilst the airport is currently developing a carbon reduction strategy to achieve net zero emissions by 2040. The airport will continue to work closely with stakeholders and partners to drive further reductions in carbon emissions.

The airport has also recently submitted to responses to the government’s Jet Zero Consultation, and the Environmental Audit Committee’s enquiry into net zero aviation. In both submissions, the airport has called on the government to commit and contribute financially to support the sector in making the necessary changes and investments.

Commenting on the award, Alberto Martin, CEO at LLA said: “Achieving this Accreditation is a significant milestone for the airport in its sustainable growth journey. However, we know that there is more to do, and we remain committed to reducing our carbon emissions across both our operations and the site itself.  We look forward to continue working with our partners, as we move towards our shared goal of making aviation as sustainable as possible.”

“I would like to congratulate the whole team at LLA for successfully achieving Level 3 of the Airport Carbon Accreditation,” commented Olivier Jankovec, ACI EUROPE Director General. “It is a testament to the work they have done in driving down emissions and, importantly, engaging with companies operating at its premises to drive down third-party carbon reductions too. It is a challenging road ahead for the aviation industry, and significant efforts are required to make sustainable aviation a possibility. However, it is great to see that LLA is addressing this, and we look forward to seeing what’s next.”

Latin American airports must adapt to the aviation market’s demand