Posted: 20 May 2021 | International Airport Review | No comments yet

EASA’s study on the acceptance of Urban Air Mobility in the EU found that, broadly, the concept was welcomed by citizens, though concerns were raised regarding safety, among other issues. 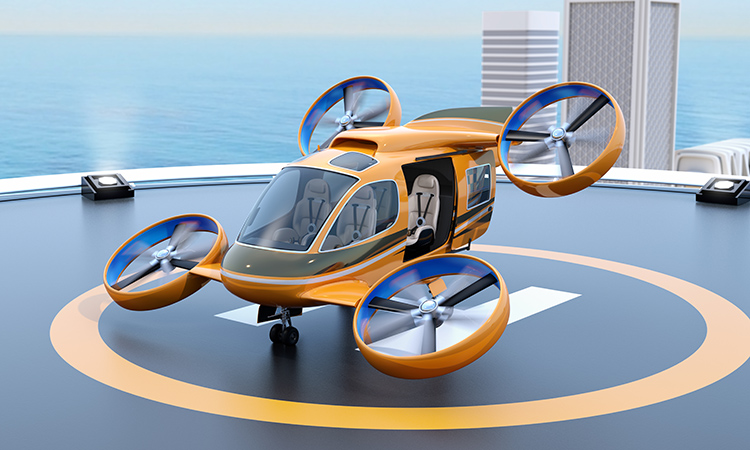 Concept image of an air taxi.

The European Union Aviation Safety Agency (EASA) has published the results of the first study conducted in the European Union (EU) on Urban Air Mobility (UAM), showing that the majority of those questioned broadly welcome the prospect of services such as air taxis, air ambulances and drone deliveries, but have concerns about potential issues such as safety, security, noise and the impact on wildlife.

Urban Air Mobility is a new air transportation system for passengers and cargo in and around urban environments. It is enabled by developments such as the enhancement of battery technologies and electric propulsion for vertical take-off and landing (EVTOL). It is expected to be deployed in Europe within three to five years, offering the potential to make urban mobility faster and greener.

“As a result of this study, for the first time, EASA and the EU have insights into what the general public in Europe thinks about this entirely new development in the field of aviation,” said EASA’s Executive Director, Patrick Ky. “For EASA, as a regulator, this information is crucial. It will allow us to set up the rules and regulations for this area in a way that is aligned with the expectations and perceptions of citizens.”

The comprehensive study was based on targeted research, a literature review, market analysis, surveys and interviews. The on-line quantitative survey polled 4,000 citizens in six European urban areas. This was complimented by more than 40 qualitative interviews, as well as a noise simulation test.

The cities chosen for the online survey were Barcelona, Budapest, Hamburg, Milan, Öresund (Danish-Swedish cross-border area) and Paris, with a minimum of 600 people from each location invited to respond. These cities were selected via a standard market analysis, and the survey recipients were selected to be representative of a cross-section of the local population of each city.

“The fact that the results were homogeneous across the various cities is a good starting point, given that we are looking to create a single regulatory playing field at an EU level,” Ky said.

The survey showed that 83 per cent of respondents have a positive initial attitude towards UAM, with 71 per cent ready to try out UAM services. Cases in the common interest, such as in emergencies or for medical transportation, received strong support.

EASA will use the study results to prepare an impact assessment and regulatory proposal for Urban Air Mobility in Europe in 2022.