Despite a rise in confidence in air travel as a result of testing and vaccination, new ACI World analysis outlines an estimate of continued severe revenue losses for the aviation industry in 2021. 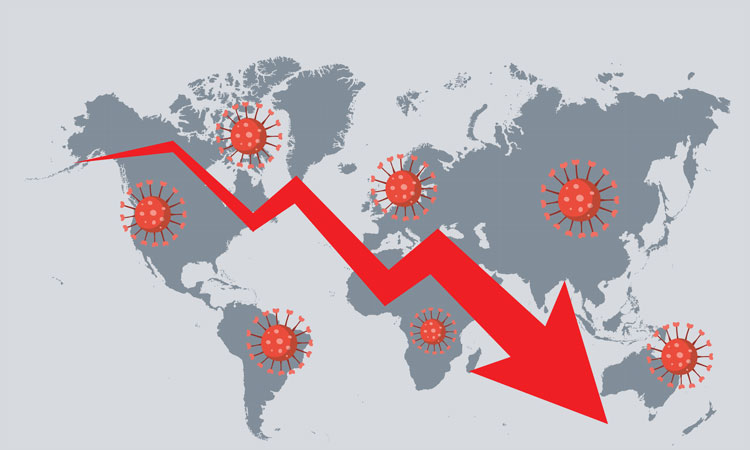 Airports Council International (ACI) World has published new analysis which shows that, despite some positive signs for recovery emerging, the impact of the COVID-19 crisis on airport revenues will still be deeply felt in 2021.

The analysis – published on 25 March 2021 in ACI’s ‘Advisory Bulletin: The impact of COVID-19 on the airport business and path to recovery’ – shows that 4.7 billion fewer passengers are forecast to travel by the end of 2021 compared to the projected baseline, representing a decline of 47.5 per cent in global passenger traffic.

This reduction in travellers is estimated to equate to a loss in revenue of more than $94 billion by the end of 2021, cutting in half expectations compared to the projected baseline.

As prospects for a recovery in 2021 begin to emerge, ACI World estimates that different regions of the world will recover at different rates. At a country level, markets having significant domestic traffic are expected to recover to pre-COVID-19 levels in 2023, while markets with a significant share of international traffic are unlikely to return to 2019 levels until 2024 or even, in some cases, until 2025.

ACI World has said that an interoperable health data trust framework to facilitate safe border reopening and cross-border travel must be established to support this recovery. ACI is supportive of any system which will allow testing and vaccination data to be shared consistently, effectively and in a way that protects the personal data of those that use it.

“The world is embarking on the biggest vaccination campaign in history, and we see positive indications in countries with high rates of vaccination. ACI World has discerned an escalation of these encouraging signs and prospects for recovery, with a surge in travel in the second half of 2021 expected,” said ACI World’s Director General, Luis Felipe de Oliveira. “Despite this, COVID-19 remains an existential crisis for airports, airlines and their commercial partners, and we need support and sensible policy decisions from governments to ensure that aviation can fuel the global economic recovery.”

“We hope that an upsurge in confidence in air travel provided by vaccination and safety measures should result in the number of people traveling outside of their countries will start [in spring 2021] and significantly increase by mid-year. Aviation recovery will not take-off, however, without a coordinated and globally-consistent approach to vaccination and testing, coupled with a safe and interoperable methods of sharing testing and vaccination information,” he added.

In regards to economic impact, as a consequence of uncoordinated travel restrictions combined with small domestic markets, Europe is forecast to remain the most affected region in absolute terms, with an estimated change in revenues of more than $37.5 billion for the full year 2021, when compared to 2019.

In relative terms, the Middle East and Europe are forecast to suffer the biggest hits, with decreases of 58.9 per cent and 58.1 per cent, respectively. Asia-Pacific is the region with comparatively the least impact, though it is still expected to experience a very significant decrease of 40.3 per cent against the projected baseline.

To support recovery, ACI World recently published the second edition of its ‘Aviation Operations during COVID-19 – Business Restart and Recovery’, which provides updated best practice examples and guidance for both the initial restart and the longer-term recovery. This followed the release of updated policy recommendations by the International Civil Aviation Organization (ICAO) Council’s Aviation Recovery Task Force, which were approved in early March 2021.

“The priority for airports has always been to protect the health and welfare of travellers, staff and the public, and ICAO’s role in providing globally-consistent guidance will help to lay the foundation for the industry’s long term and sustained recovery,” de Oliveira said.