Sustainable future flight projects to be researched by Heathrow Airport

As part of the UK’s Future Flight Challenge, Heathrow will research the use of new technologies and create a blueprint for making zero carbon aviation a reality. 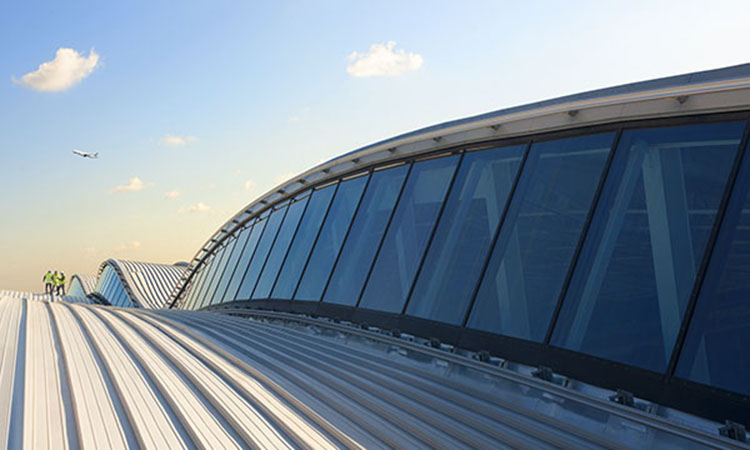 London Heathrow Airport (LHR) has announced that it has successfully pitched two forward-thinking ideas to Innovate UK’s Future Flight Challenge. The win gives the airport the opportunity to research new ground-breaking concepts that, in the future, could help to reduce emissions, cut costs and make the airport more efficient as the industry works to recover from the impacts of COVID-19.

The two successful projects being researched by Heathrow are:

Fly2Plan aims to learn how new technologies – such as cloud infrastructure and blockchain – could use the airport’s data more efficiently, creating a decentralised, resilient and efficient operating model to support cross-company collaboration. The concept has the potential to unlock opportunities for new entrants, cut costs and safely allow autonomous drone operators to maximise their use of UK airspace.

Project NAPKIN – which stands for New Aviation Propulsion Knowledge and Innovation Network – sets out to develop a blueprint that could be used to help make zero carbon aviation a reality across the UK. This idea could boost domestic connectivity and position the UK as a world leader in sustainable aviation.

Both projects are closely aligned with the UK Prime Minister, Boris Johnson’s, key ambitions. The efficient use of airspace is vital for creating the trade opportunities needed to make Global Britain a reality. Autonomous drones and net zero regional flight could support ambitions to level up every corner of the country by connecting more of the UK’s regions to global growth, all while delivering on the industry’s commitment to build back better.

The Future Flight Challenge, funded through £125 million of government grants, has three overarching objectives: Safeguarding the UK’s advantage in aerospace research and development; reducing aviation emissions; and creating economic opportunities from new forms of air mobility. Heathrow’s two projects have progressed to this stage of the challenge as they show the potential to deliver on all three fronts.

Heathrow has kicked-off the first stage of the research of these concepts, which is set to take place until early 2022. The next phase will see live demonstrations of the concepts in action, with the long-term aim of wider adoption across the aviation industry. The hub airport is working with several groups across a number of sectors to bring this challenge to life, including: Oxford University, Cranfield University, Kings College London, NATS, SITA, Rolls Royce, the University of Southampton, Deloitte, University College London (UCL), London City Airport (LCY) and Highlands and Islands Airports.

The challenge brings together established leaders in aviation, academics, small and medium enterprises (SMEs) and the tech industry to research the use of drones, air mobility and air traffic management (ATM), as well as infrastructure innovation.

This research, which kicks off in the same year that the UK is due to host the COP26 Climate Change Conference, is just one example of the work that Heathrow is doing to decarbonise aviation, enabling further passenger growth while supporting sustainability targets.

The airport was one of the first businesses to sign up to the Terra Carta, a Sustainable Markets Initiative created by His Royal Highness The Prince of Wales. Heathrow is also on the Build Back Better business council, an initiative launched by Boris Johnson to unlock investment, boost job creation and level up the whole of the UK.

The hub airport is keen to lead aviation’s green revolution by becoming a global hub for technological advancement and encouraging the use and production of Sustainable Aviation Fuels (SAF), which are a clean alternative to traditional fossil fuels.

Heathrow‘s CEO, John Holland-Kaye, said: “Heathrow has always served as a testbed for ground-breaking green technologies. These concepts go further than ever before, with the potential to transform the role that aviation plays in Britain’s economy. The Future Flight Challenge has come at a critical time for the country and our industry. We’re proud to be driving forward with these disruptive initiatives in the year that the UK hosts COP26 and our industry builds back better, as we work to recover from the devastating impacts of this pandemic.”

The UK’s Minister for Business, Paul Scully, said: “We’re investing in ambitious projects, like Heathrow’s development of a blueprint for zero-carbon regional air travel, to ensure that the aviation industry is championing the latest cutting-edge technology. Pioneering research supported by government funding will help the UK to build back greener from the pandemic, remain at the forefront of aerospace research and development, and demonstrate global leadership in the next aviation revolution. I look forward to seeing such proposals take flight.”