European airports lose 1.72 billion passengers over the course of 2020

With the COVID-19 pandemic continuing to drastically impact the aviation industry, final Full Year 2020 results from ACI Europe highlight the extent of the current damage to European airports. 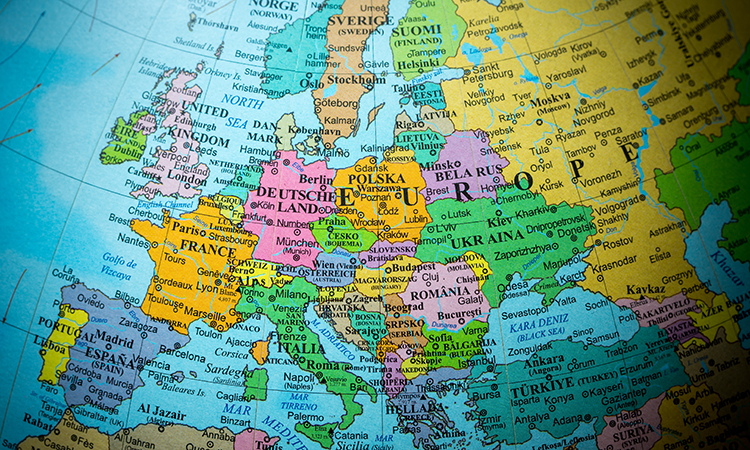 The European airport trade association, Airports Council International (ACI) Europe, has released its traffic report for the Full Year (FY) 2020, revealing the full extent of the devastation that was suffered by Europe’s airports as a result of the COVID-19 pandemic.

This is the only air traffic report that includes all types of commercial flights to, from and within Europe (full service, low cost, regional, charter, full freight and others).

The figures have outlined that Europe’s airports lost a total of 1.72 billion passengers in 2020 compared to 2019, representing a decrease of 70.4 per cent.

Olivier Jankovec, Director General of ACI Europe, commented: “With just 728 million passengers in 2020 compared to 2.4 billion passengers in the previous year, Europe’s airports were back to their traffic levels of 1995. No industry can, on its own, withstand such a shock. While some States have taken steps to financially support their airports, only €2.2 billion has so far been earmarked for that purpose in Europe. This is less than eight per cent of the revenues airports lost last year.”

“With further decreases in traffic over the past weeks and no recovery in sight, more needs to be done. Helping out airports is essential to rebuild air connectivity and effectively support local and regional communities and tourism. It is also critical to restore airports’ investment capabilities for the future. Without more financial support, investments in decarbonisation, digitalisation and SESAR are at risk,” he added.

European Union (EU) airports (which experienced a decrease of 73 per cent, meaning that 1.32 billion passengers were lost) were significantly more impacted than non-EU (61.9 per cent decrease, 400 million passengers lost). This is mainly due to the size and relative resilience of domestic markets – primarily in Russia, but also Turkey – combined with less stringent lockdowns and travel restrictions compared to the EU market.

Again, this mainly resulted from the relative resilience of domestic passenger traffic in the non-EU market (39.8 per cent) compared to the EU market (72.9 per cent), although non-EU airports also outperformed EU ones for international passenger traffic (respectively, 78.2 per cent and 86.6 per cent).

Within the EU, limited variations in extreme passenger traffic losses also reflected the size of domestic markets and/or the extent of lockdowns and travel restrictions.

As a result, in Q4, airports in Austria, the Czech Republic, Finland, Hungary, Ireland, Slovenia and Slovakia were still seeing passenger traffic below 90 per cent – with German and UK airports following closely (87.9 per cent and 86.6 per cent, respectively). At the other end of the (narrow) spectrum, airports in Bulgaria (69 per cent), France (78.1 per cent), Greece (72.1 per cent) and Portugal (77.2 per cent) slightly outperformed the EU average.

All segments of the airport industry were almost equally impacted in 2020 in terms of passenger traffic losses, from the top five European airports at 71.3 per cent to smaller regionals at 69.4 per cent.

Freight traffic at Europe’s airports fell by 11.8 per cent in 2020 compared to 2019, with the loss almost equally distributed between EU airports (12.1 per cent) and non-EU airports (9.9 per cent). The recovery in freight traffic accelerated as of September 2020, with December 2020 seeing a marginally positive result (zero per cent).

Aircraft movements across the European airport network decreased by 58.6 per cent in 2020 compared to 2019.