With the commissioning of its southern runway on 4 November 2020 following the landing of a Qatar Airways flight from Doha, Berlin Brandenburg Airport is now fully operational. 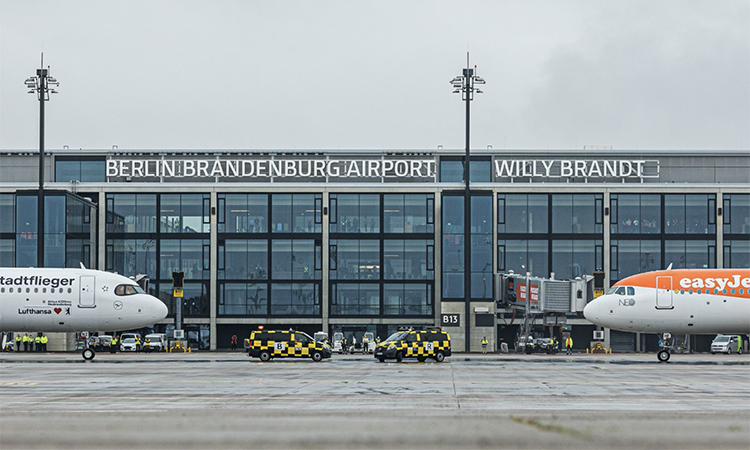 On 31 October 2020, the new Terminal 1 of Berlin Brandenburg Airport Willy Brandt (BER) was commissioned. At the opening, one easyJet and one Lufthansa aircraft each landed. Regular air traffic began in the evening and Terminal 1 was opened to the public at 20:00, according to the flight schedule.

On 1 November 2020, the first departures took off from BER – easyJet was the first airline to take off at 06:45 with a direct flight to London Gatwick Airport (LGW). The southern runway of the airport was then opened at 09:50 on 4 November 2020 with the landing of Qatar Airways flight QR81 from Doha.

The airport is now in full operation. The commissioning of the southern runway also marks the start of night flying restrictions at BER, as well as the start of the six-month deadline for the closure of Berlin-Tegel Airport (TXL).

CEO of Flughafen Berlin Brandenburg GmbH, Engelbert Lütke Daldrup, said: “With the southern runway, Berlin Brandenburg Airport Willy Brandt is now in full operation. The commissioning of the runway is especially significant, with a view to the expansion of the intercontinental network, because, in addition to a new terminal, we now also have the appropriate infrastructure to handle long-haul connections on a larger scale. At the same time, the opening of the southern runway is particularly relevant for the surrounding area: The night flying restrictions, which were adopted in 2011 and have now entered into force, provide for the appropriate, citizen-friendly compensation and regulation of the economically important flights during off-peak hours.”

At 4,000m long and 60m wide, the southern runway can handle all passenger aircraft currently in service. It is also equipped with an instrument landing system for both landing directions, which is certified for all-weather operation up to CAT IIIb, allowing aircraft movements even in very low visibility.

Around 1.1 million cubic metres of concrete were used, more than 1,125km of special cables were laid and 212 video cameras were installed for the southern runway and the associated taxiways and stands. The concrete layer is 1.30m thick. The lighting system of the southern runway is made up of almost 7,000 halogen and LED lamps, of which 5,450 are in-pavement lights (at ground level) and 1,425 are surface lights.

With the opening of the southern runway, night flying restrictions now apply to BER. These prohibit regular scheduled flights during the core night-time from 00:00 to 05:00 and only allow a maximum quota of movements during the off-peak hours from 22:00 to 00:00 and from 05:00 to 06:00.

In addition, the simultaneous operation of both runways at BER marks the start of the 180-day period for the closure of Tegel Airport.

BER’s two parallel runways can be operated independently thanks to the lateral distance of 1,900m. The northern runway was previously in operation as part of the former Berlin Schönefeld Airport (SXF), the current Terminal 5 of BER. With the airport’s expansion as part of the development of the new airport of the German capital region, the current northern runway was extended from 3,000m to 3,600m. It is also approved for CAT IIIb.