Istanbul Airport was awarded the certificate as a result of its efforts to prevent waste and use resources in a more efficient manner. 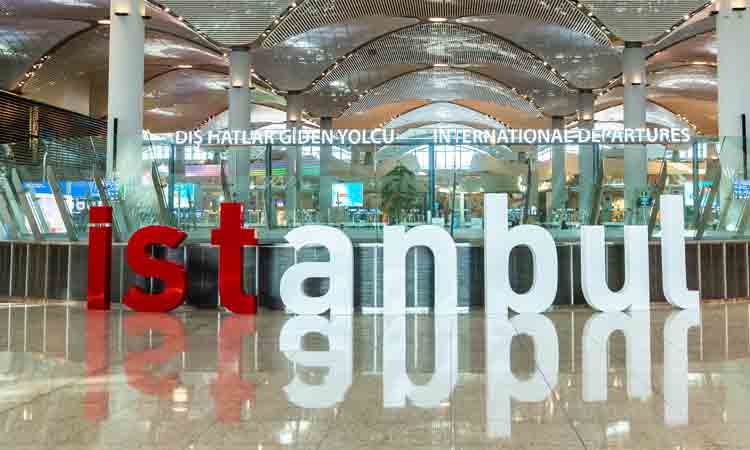 Istanbul Airport (IST) – where ​​İstanbul Grand Airport (iGA), the airport’s operator, has carefully implemented a range of environment and sustainability policies – has become the first airport in Turkey to be issued with a Zero Waste Certificate.

The certificate has been awarded within the scope of the Zero Waste project, which is carried out by the Ministry of Environment and Urban Planning with the aim to prevent waste and use resources in a more efficient manner.

İGA designs its works in line with the principles of sustainable development, and it continues to set an example for the aviation industry in relation to environment and sustainability issues with its activities carried out at Istanbul Airport, which has become a global transit centre owing to its operational accomplishments.

Having established its waste management infrastructure with a system where waste is effectively separated at the source, İGA was able to achieve the Zero Waste Certificate, which was issued to Istanbul Airport as the first airport in Turkey to be granted this certificate as a result of the works that it has carried out.

The disposal of waste, both in its physical form and as energy, without being utilised in the processes of recycling and recovery, causes significant losses in resources. The Zero Waste project is a waste prevention approach that includes the prevention of waste, the more efficient usage of resources, the reduction of the amount of waste generated, the establishment of an effective collection system and the recycling of waste.

The aim of the Zero Waste project is to: Review the reasons for waste formation; prevent or minimise waste formation; to separate the waste at the source if it is generated; and to recycle these waste products that are separated in order to prevent air, water and soil contamination (which has reached a level that threatens all living beings, including, and primarily, the depletion of natural resources and climate change issues).

Considering sustainability as the most fundamental value of its future, İGA has set an example for the aviation industry carefully at each stage, from the design of Istanbul Airport to its construction, and from the construction period to the operation process.

At the airport – where sorting at the source is of great importance for the solution of the waste problem – the wastes of all parties is divided into five different categories: Paper-carton, packaging, glass, organic and domestic waste. All enterprises conducting business at Istanbul Airport – where the entire waste management infrastructure has been designed to ensure recycling – have signed the Zero Waste Declaration of Istanbul Airport under the leadership of İGA.

Chief Executive Officer of iGA Airport Operation, Kadri Samsunlu, said: “We are designing all of the processes at Istanbul Airport in line with our environment and sustainability policies. We aim to achieve maximum savings from the perspective of Zero Waste Principles. One hundred tonnes of waste is being generated daily at Istanbul Airport, and 30 per cent of it is being sent to recycling.”

“According to the data obtained from the ‘Electronic Environment Information System’ of the Ministry for the Environment and Urban Planning, from the perspective of the Zero Waste strategy, the amount of carbon dioxide released into the atmosphere since the opening of the airport has fallen by 1,310,000 tonnes, while the amount of fuel used has fallen by 49,500 tonnes. The consumption of energy fell by 44,217,000 kilowatts and, as a result, there was a saving with a fall of 1175 kilos in the amount of raw materials used,” he continued.

Samsunlu added: “The things we have done in the name of the environment and sustainability are not limited to only these either. With the Waste to Art Project (Artwist), we created a total of 39 artworks from 100 tonnes of waste generated from the airport construction through upcycling. We were awarded the LEED Gold Certificate by the U.S. Green Building Council and, as a result of this, the main terminal building of Istanbul Airport has been certified as the world’s largest building with a LEED certificate. We have completed the photograph and video contest ‘Are You Aware?’, which aims to raise awareness in the society on the impact of waste to the environment and the importance of recycling in collaboration with the Mind Your Waste Foundation. Within the ‘Environmental Awareness’ initiatives, we have implemented the ‘Kollekt’ (Collect) application, which is a society-based recycling project, at Istanbul Airport.”

“We are extremely delighted to learn that Istanbul has become the first airport certified with the ‘Zero Waste Certificate’, setting an example for the aviation industry. This achievement is motivating us towards bigger goals. I would like to underline that our desire to leave a clean and developed Turkey for future generations and a world that is fit to live in lies at the core of all of this work. As an environment friendly airport, we will continue our work by contributing to the environment that we live in, our country and the rest of the world in line with this goal”.