Despite early predictions outlining June 2020 as the turning point for aviation in recovering from COVID-19, passenger demand remains drastically low. 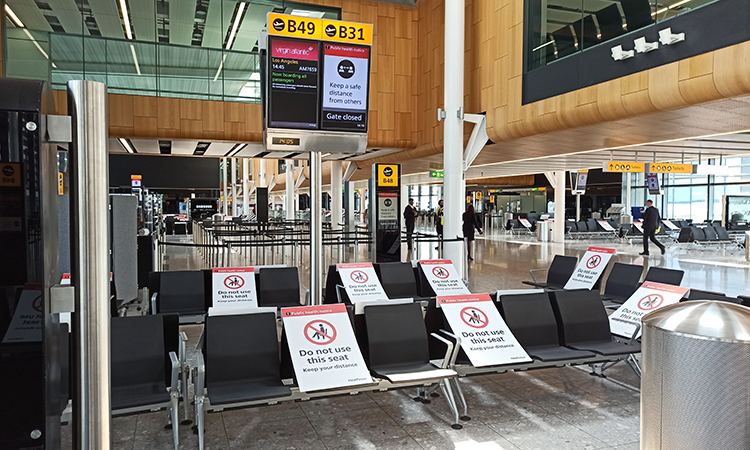 New data published by Airports Council International (ACI) World has revealed that the devastating impact of the COVID-19 pandemic continued during June 2020, with global passenger traffic declining by 85.6 per cent when compared to 2019, further delaying a stable recovery for aviation.

This was a slight improvement when compared to the 91.3 per cent year-over-year decline in May 2020 and is the second consecutive month showing marginal progress.

Global passenger traffic continued to decline, falling by another six percentage points compared to the prior month to 58.5 per cent for the first six months of 2020. The 12-month rolling average for the global industry continued to move further into negative territories and was recorded at 27.3 per cent by the end of June 2020.

ACI World‘s Director General, Luis Felipe de Oliveira, said: “In the early days of the crisis, there were predictions that June would be the turning point, with the recovery of the aviation industry beginning. In fact, June results show only a slow recovery in domestic markets in China and the United States, while the international passenger segment continued to be practically non-existent, heavily affecting the financial results of airports and postponing the recovery.”

“While we noted some signs for optimism in June, the industry has remained on the ground for much longer than anticipated. In addition to the recovery taking longer than previously expected, uncertainty persists for the aviation industry. The recovery of air travel is crucial to the wider global economic recovery but, to succeed, it will need passengers to have confidence in the industry’s focus on their health and welfare and for governments to pursue harmonised, proportionate, evidence-based health measures,” he added.

Oliveira continued: “Unilateral national measures – especially a quarantine requirement, for instance – is damaging to both the industry and passenger confidence, and ACI has urged governments to follow a robust and consistent protocol for testing which should be implemented only when necessary and as an alternative to broad-brush requirements for quarantine.”

ACI collects and analyses data from a significant sample of airports that provide regular reports on monthly passenger and air freight statistics, forming part of the world’s most comprehensive source for airport data.