Posted: 26 May 2020 | International Airport Review | No comments yet

By temporarily shortening its runway by 1.1km, Auckland Airport is able to undertake vital replacement work whilst keeping the runway operational. 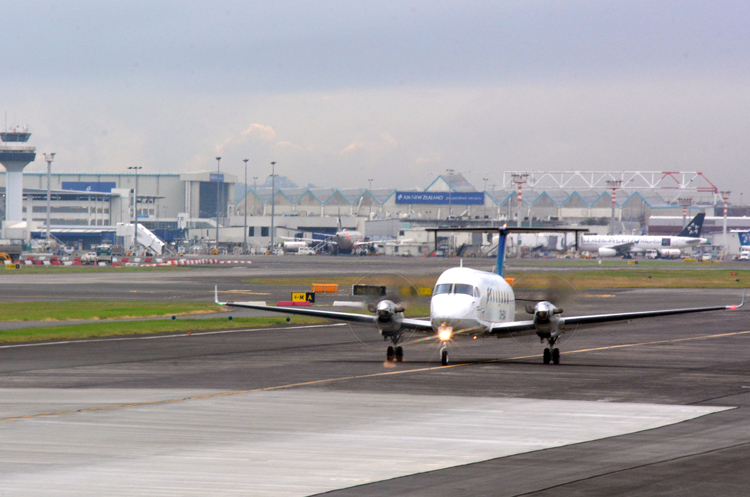 From 23:00 on 24 May 2020, an 80-strong construction team worked through the night to shorten Auckland Airport’s (AKL) runway by 1.1km, allowing for the replacement of 280 slabs at the eastern end of the runway while the airfield remained safe and operational.

Jet-blast fences were transported onto the airport’s runway to make way for a $26 million project that was focused on replacing pavement in the main touchdown zone.

General Manager of Airport Development and Delivery at Auckland Airport, André Lovatt, said that the runway works had been planned for a later date, but the COVID-19 outbreak and subsequent significant reduction in flights and passenger numbers had provided an opportunity to bring the works forward.

Lovatt said: “The runway is New Zealand’s main connection point to the world, and in the months and years ahead it’s going to play a critical role in our country’s economic recovery. The outbreak of COVID-19 has had a sudden and severe impact on everyone in the tourism industry, including Auckland Airport, and while we miss the excitement of travellers, it was clear that we had an opportunity to move the pavement works forward and get the project underway earlier.”

Aircraft will continue to land and take off throughout the eight to 10-week construction project, using what is known as a ‘displaced threshold’, which is a method for allowing runway works to be carried out safely while the runway remains open.

Lovatt said that the programme will create employment opportunities for 150 people and will see up to 120 truck movements daily, bringing in concrete and other material during the construction period. The 36m2 slabs are located on the 23L touchdown zone, the part of the runway on which most planes land. Around 12,000 tonnes of concrete will be poured, measuring 500mm thick.

Jet-blast winds from a B777 at take-off can reach up to 300kp/h. Workers will be over 200m behind departing aircraft and protected by blast fences, which dilute and deflect the force of jet engines while the runway is in use. When working close to the blast fence, workers will move to a safe area when larger aircraft are departing.

Lovatt added: “Carrying out slab replacement work is a normal part of maintaining safe airfield operations and one undertaken regularly by airports around the world. Safety is our top priority, and we have developed the plan for this project in close consultation with pilots and our airline partners to ensure the project is carried out smoothly and safely.”

The runway pavement replacement is a critical component of Auckland Airport’s much reduced infrastructure development programme over the next couple of years, one which prioritises selected capital projects that are focused on essential safety and asset maintenance.

Lovatt said that Auckland Airport has a continuous programme of slab replacement and renewal, with slabs last replaced in the mid-section of the runway over the summer of 2006-2007. On that occasion, the existing taxiway was used as a contingent runway. That option was considered for this project, but the added complexity of converting the taxiway to a safe, operational runway in a short time frame meant that it was not possible.

How the IATA Travel Pass will work