Posted: 11 May 2020 | International Airport Review | No comments yet

As air travel at Tampa International Airport has slowed down considerably, the airport has increased the activity in its construction sites. 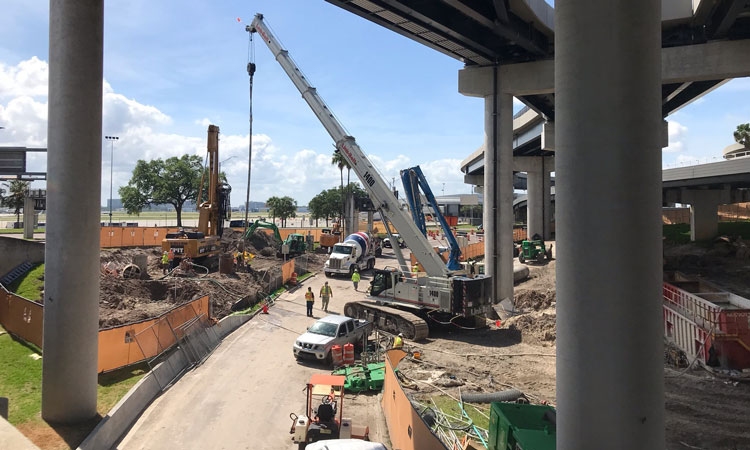 “With fewer guests in the terminal and on our campus, we’re able to get ahead and speed up work on critical elements to significantly reduce passenger impacts down the road,” said Al Illustrato, Tampa’s Executive Vice President of Facilities.

Some of the construction – which involve disruptive road closures or service impacts – is being completed weeks, if not months, ahead of schedule. Under normal circumstances, due to high passenger numbers, much of the construction would need to take place overnight in relatively short windows to minimise the impact on travellers. However, with far fewer guests, the work is taking place during the day and crews are able to work for longer periods of time.

“As we always say, ‘We’re an Airport first.’ We’re tremendously pleased to speed this work up, where possible, to minimise the inconvenience to our guests,” said Illustrato.

Security enhancements: Fewer people airside has allowed crews to speed up installation of a new security system by six weeks. Instead of only taking one jet bridge out of service at a time, workers are now able to take six.

Checked baggage: Construction on a new checked baggage system for airside A and C is speeding up thanks to extended work hours, crews being able to take over larger work areas and shifting some activities from night to daytime.

Ticket level modernisation: Crews are modernising the airport’s ticketing counters. Instead of closing two at a time, workers are now taking over six without any impact. That coupled with longer work hours is expected to save about a month of construction time.

Airside C and F restroom project: TPA was able to accelerate the design, allowing the project to begin months earlier than originally anticipated.