With the new sustainable approach to waste management, Domodedovo Airport will be able to recycle 45 tonnes of cardboard, plastic and polythene each month. 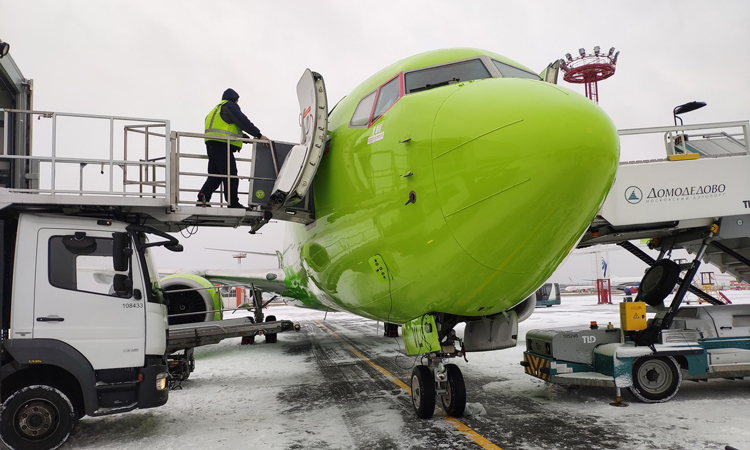 Moscow Domodedovo Airport (DME) has become the first airport in Russia to introduce a sustainable approach to waste management.

Under a new joint initiative with S7 Airlines, Domodedovo Airport has become a pioneer with a new way to sort aircraft cabin waste, which will see the airport sort and process for further recycling approximately 45 tonnes of cardboard, plastic and polythene each month.

The innovation mainly concerns in-flight meal packaging – the airport will begin to sort and prepare the packaging for recycling, instead of sending all waste to landfill. The new approach will enable Domodedovo Airport to make roughly 20,000 in-flight meal packages reusable each day, representing 1.5 tonnes of daily waste.

Director of Moscow Domodedovo Airport, Igor Borisov, said: “This joint initiative with S7 Airlines serves as a foundation for the large-scale implementation of sustainable practices, based on the rational use of natural resources. In the immediate future, the airport will sort the cabin waste, generated on all flights to Domodedovo.”

In order to implement the new sustainable initiative, Domodedovo Airport has procured new equipment, fitting its catering facility with a separator that can automatically sort waste by type. The separator is fed all types of cabin waste – including trays, plastic cutlery and packaging – and places it in the correct designated bins.

Svetlana Kulyukina, Passenger Experience Department Director at S7 Group, said: “S7 Airlines strives to reduce the negative environmental impact. To expand our fleet, we focus on the latest innovations from the leading manufacturers, taking into consideration both efficiency and sustainability. In 2020, we plan to focus on the sustainability of cabin services. The partial recycling initiative is the first, but very important step in this direction.”