BLR Airport has commenced operations on its new south runway, making it the first airport in India to operate independent parallel runways. 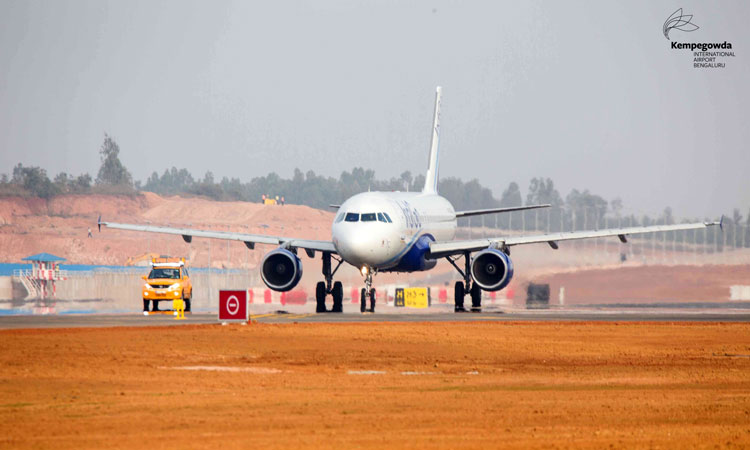 Kempegowda International Airport, Bengaluru (BLR Airport) has commenced operations on its new south runway. This makes BLR Airport the first in the country to operate independent parallel runways, enabling aircraft to land or take-off simultaneously on both runways.

“It is a historic day for us at BLR Airport as we commenced operations on the new runway,” said Hari Marar, MD and CEO, Bangalore International Airport Limited, operator of the BLR Airport. “Our first runway opened 11 years ago and became a linchpin for the region’s economic development during the last decade. With the aviation industry in India set for exponential growth, two operational runways will provide the thrust required to cater to this demand and further bolster the growth of Karnataka and India.

“The opening of this key infrastructure is the outcome of phenomenal collaboration amongst various stakeholders and implementation of processes and procedures developed through advanced simulations and assessments. The new runway will further bolster our vision to transform BLR Airport into the new gateway to India.”

The south runway will begin with limited operations before gradually scaling up flight operations, BLA Airport said. The runway will initially have CAT I certification, and, as operations stabilise, will progressively manage CAT III B operations, enabling landing and takeoff in low visibility conditions.

BIAL has said that with safety being its top priority, it has built an Aircraft Rescue and Fire Fighting (ARFF) station equipped with advanced, state-of-the-art Crash Fire Tenders (CFTs) to cater to any fire-related emergencies on the south runway. The airport has said its fire trucks meet the highest safety standards, replete with innovative product features and over 100 firefighters from Karnataka and expert fire engineers from the National Fire Safety College in Nagpur were recruited to strengthen the firefighting squad.