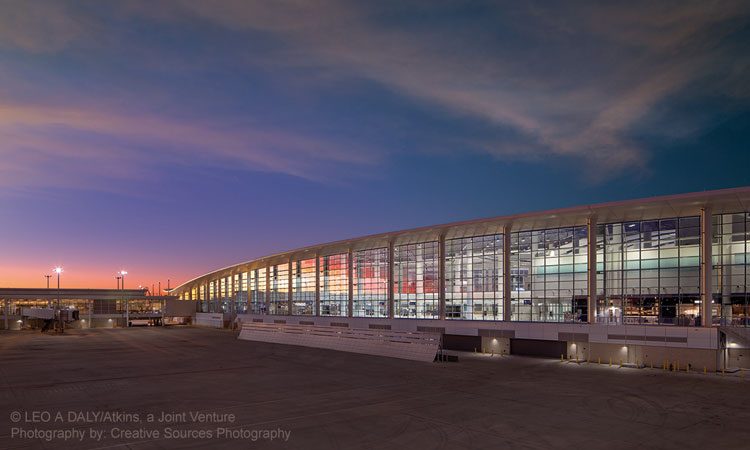 The 35-gate, $1 billion terminal will accommodate explosive growth for MSY, which is now the fifth fastest-growing airport in the United States.

The terminal has been designed to maximise convenience for passengers in the terminal. A single security checkpoint serves both foreign and domestic flights and adapts to accommodate large tourist crowds during special events.

The terminal’s layered, open feeling, with prominent views of the airfield, makes the airport easy for travellers to navigate and a unique concession programme celebrates the city’s culinary, music and arts heritage.

Design for the terminal was developed and completed by the Crescent City Aviation Team (CCAT), a joint venture of Atkins and LEO A DALY.

“The new MSY establishes an iconic new gateway to the city of New Orleans and a passenger experience unlike anything else in the world. We’re truly thrilled to see it contribute to New Orleans’ growth as a domestic and international destination,” said Steven Lichtenberger, AIA, President of LEO A DALY.

The 35-gate terminal includes the six-gate Concourse A, which was added nine months into construction to accommodate the increasing demand for domestic and international travel to the city.