Concerns grow about the impact aviation has on our environment

According to NATS, improving aviation’s impact on the environment is a growing concern for the flying public with nearly 40 per cent of those surveyed agreeing to an environmental tax. 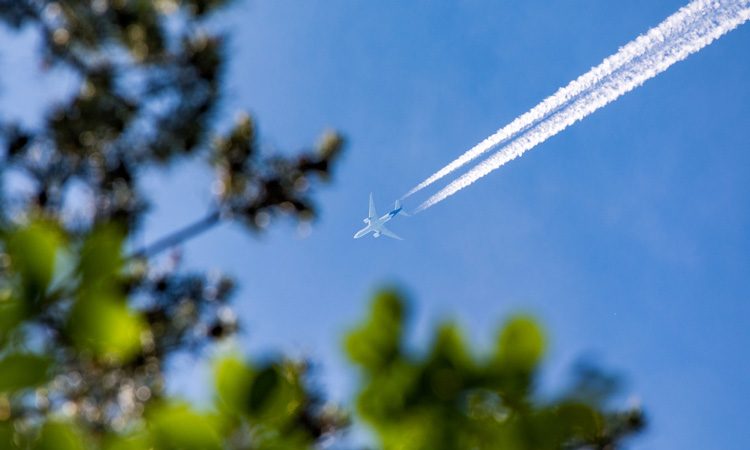 According to new research, a total of 60 per cent of those asked as part of NATS’ Aviation Index wanted to see reducing emissions made the top priority for the aviation industry, an increase of eight percentage points on the previous year.

There is also evidence of growing willingness to pay some form of climate change levy on the price of a plane ticket – something many airlines already offer in the form of carbon off-sets – the proportion agreeing rising from 30 per cent to 38 per cent.

Yet despite mounting concern about aviation’s environmental sustainability, the number of people who believe flying should be discouraged fell from 47 per cent to 40 per cent, even if this might have a negative impact on the environment.

The research – carried out by Ipsos MORI – coincides with what NATS expects to be the busiest summer on record for flights in the UK.

Ian Jopson, NATS Head of Environment, said: “What these results show us is that people are concerned about the real impact aviation has on our environment, but that flying and global connectivity is also totally intrinsic to our way of life and will be even more so after Brexit. What’s needed is a way to radically improve the efficiency of every flight, part of which is down to more efficient aircraft, but we can also make a big contribution by transforming how our airspace is structured and managed.”

Offering flights smooth, continuous descents and direct routes that burn less fuel is one way NATS is already helping reduce the environmental impact of aviation, something that’s enabled savings of 8.4 million tonnes of CO2 since 2006, but is clear that more now needs to be done.

Jopson continued: “We’ve managed to do some great work improving flight efficiency, but as the skies get busier what’s needed now is a more radical wholesale redesign of the UK’s flight paths and air routes, many  of which were originally designed 50 years ago for aircraft you now need to visit a museum to see.”

NATS alongside many of the UK’s major airports will be bringing forward proposals for how to modernise the UK’s airspace at the end of next year to help radically improve flight efficiency. Measures are likely to include keeping aircraft higher for longer and cutting the amount for fuel-thirsty low-level stack holding at airports.

The Aviation Index is NATS’ annual temperature check survey of public opinions on aviation related topics, from the impact of Brexit to safety and travel preferences.