Michael Kerkloh tells the aviation industry to be authentic

On his second-to-last day as ACI EUROPE’s President, Michael Kerkloh told Tara Nolan, International Airport Review’s Editor, that the biggest mistake you can make as an airport leader is not to communicate. 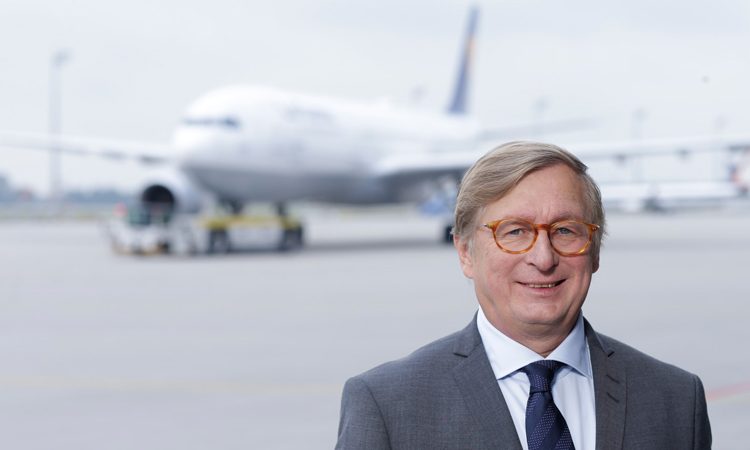 During your time in the aviation industry, how have you witnessed it change?

I have been President and CEO of Flughafen München GmbH for over 25 years, and during that time it has of course changed a lot. This industry is always changing.

When Munich Airport moved to its new site, 27 years ago, we just had over 11 million passengers, and now we are heading for 50 million this year. Flying is being democratised: It’s now a commodity for the younger generations, a standard element of many lifestyles.

As the world becomes richer many more people have enough disposable income to be able to afford to fly. We are very much discussing this from a European perspective and looking into further funding for the future. There are so many rich economies – economies much larger than many European countries – for example the Chinese middle class includes approximately 200 million individuals who can afford a business-class ticket. The European aviation needs to prepare for this, with a decent and comprehensible set of rules.

That is the upcoming task of the international organisations but the solution will not be forbidding air travel, it will be about being fast enough to come up with technological changes and implementing them to enable the industry to be much more sustainable.

This is of course a very important topic for the industry and we have to do everything possible to become more sustainable. The zero carbon 2050 commitment that has been signed is a message to the whole industry and the airports have the easier end of the deal. Airlines will need green fuels from renewable sources and that will take some time, but we have managed to get electric cars on the road. With sufficient efforts in technological developments to advance synthetic fuels, and engines that are capable of using this fuel, I am confident that we will be able to follow through on sustainable progress in aviation.

How have you witnessed technology affect the way an airport operates?

Well 25 years ago we didn’t have internet! So it’s a whole new world.

Information sharing is much more transparent, we have a lot more information online and in real time, which is delivered much faster than before. This has shaped and changed the business world of airports. Twenty-five years ago we didn’t for example have a lot of privatised airports, only a very few, and the business model was very much oriented towards aviation. Now airports are very elaborate business entities, some of the larger groups have the capability to finance other airports and investments of this sort are becoming more common.

We have to focus much more on our non-aviation revenues, because in many countries there is a lack of public money to fund airport development. So airports themselves have to have enough money to finance expansions and that is a big change.

Airports are now full business entities, they work like normal enterprises and they also have to underline the relevance of aviation. This is needed to get a fan curve locally because the close footprint of airports can be noisy, and there may need to be alterations to this. But there is a lot of progress occurring in this area.

Also, communication skills and requirements are high. A good airport manager must now also be a good communication manager. They will have to manage more complicated relationships with public authorities and within the political sphere.

Technologies also have a negative impact as well though. For example the development of drones.

That is the way it is. The world moves on, invents new things and we have to find ways to cope with them – to make profits from them. These technological developments will then need regulation to help us avoid the potential harm they could cause.

But the progress so far is impressive. The A380 has been invented, we have carbon-based airliners now: These types of aircraft were only in the sketch book 25 years ago.

There’s been a lot of really great developments.

Is there a development you are most proud of being involved in?

Well… in my capacity as being CEO of Munich I think we established ourselves as the second biggest hub in Germany. We have a very unique relationship with our home carrier, Lufthansa, that’s unique in Europe and is a key driver in all of our developments.

We have a very good intercontinental footprint and of course we endeavour to be a very good employer for our staff. That is also part of the sustainability triangle (sustainability, profitability and social ability) and Munich Airport puts a lot of emphasis on that aspect. Our employees should be proud to work for us, as well as well-paid and emotionally involved in the business.

What do you think is the easiest mistake you can make when you’re in charge of an airport?

You have to explain your business both within your neighbourhood, and to your stakeholders. They have to understand how complicated the business is, how interlinked it is with other service providers, and how it is great art. An airport is a great piece of art.

It’s a world of wonders. Everybody expects flights to be on time and travel to be affordable. The systems that are needed to provide that are highly complicated, because it’s not a local system, it’s an intercontinental system. So it is great teamwork that makes it successful.

This is one of the big wonders of transportation, very few ever consider how many people work for their wellbeing and how well it is organised and how well it is regulated. Air travel is by far the safest way to move from A to B, despite the fact that traffic has increased a lot, and I believe that is a big achievement.

In Europe, there is a singular European sky, or at least an open market; an open European market which works as an integrator between the different countries in Europe. I don’t think there is enough awareness that this is the case.

The efforts that have been made in getting to this level of connectivity, of reliability, are huge, and many people take this for granted. In regard to this, the webs of communication are complex, but many people don’t appreciate analogue or infrastructures anymore. They all want to work in digital and media and things like that: The analogue backbone of our society does not have a big fan club anymore. We have to make it clear and explain how important these systems are.

But the biggest mistake you can make is to not communicate. Most importantly, the industry must ensure it remains authentic, and the individuals within it must do so too.