Where will the next big player in aviation emerge from?

Russell Holmes, Strategy Director at ico Design, provided us with an interesting opinion piece, that asks: What would happen if big-tech brands opened an airport? 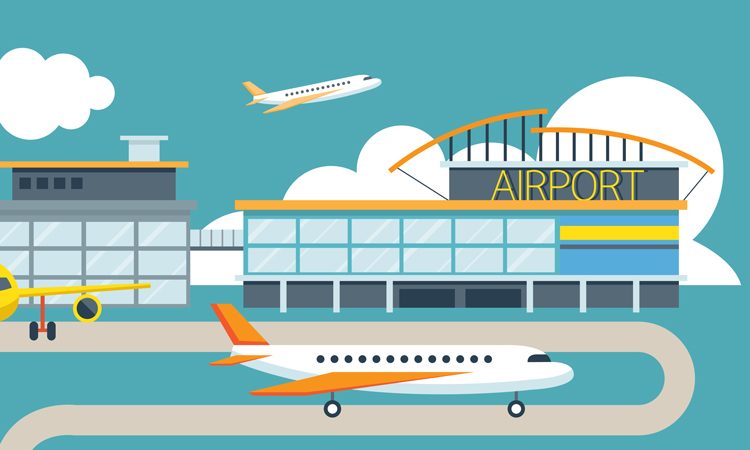 Part of my role as strategic director in a branding agency is to think beyond what exists and try to extrapolate future behaviours based on present circumstances. I’ve always been interested not only in thinking this way, but also of looking at the present and understanding the decisions – economic, cultural, technological – that brought us to this point.

In retrospect, many things we now take for granted seemed odd decisions or radical changes of direction at the time. One example I site is the decision for Virgin, an entertainment company, to become a transatlantic airline. Undoubtedly the strength and resonance of the Virgin brand helped to make such a transition into another sector possible. It made me consider where the next big player in aviation might emerge?

I recall the final slide in the Future Travel Experience Global report back in 2013 that called on travel industry stakeholders to redefine the passenger experience before the likes of Google or Apple did. This seemed not only logical, but suggested a much larger potential thought experiment – what if one of the big tech companies decided to buy an airline, maybe build a couple of airports – even buy Airbus?

In fact, the more you consider the way that big tech has carved up consumer’s lives over the past decade, the more a move into aviation seems no longer a stretch, but a strong possibility. After all, aviation gives a brand the opportunity to interact with passengers in a completely immersive and often personal way.

But what would this mean for the passenger – what would the experience feel like? First off, it’s worth saying that I don’t expect there to be any immediate revolutionary, recognisable visible change – security wouldn’t suddenly disappear, there’ll still be a baggage hall. Rather than expecting radical tech solutions to fundamentally change the airport, I believe that the single biggest impact big tech would bring to bear is nuance, throughout every aspect – environment, experience and process.

When we think about big tech, I think it’s short sighted to think simply of how they collect data, the apps they create and the devices they build. I’m considering the broader implications of the way they approach and interact with their customers.

Take the average Apple Store. I think we can all agree that there’s no such thing as an average Apple store. For most customers it’s a shop to inspire, for the brand it’s a space to showcase their product and services in the best possible light. Sure, it’s a shining beacon of consumerism, whereas an airport is a complex network of businesses operating in a fragile harmony, all watched over by layers of compliance and law.

However, it’s also worth remembering that an Apple store has another function. It’s a place where people go not just to buy an iPad but to complain directly at the source. Stores have customers desperate for advice after being pick-pocketed in a foreign country or having their personal data hacked. Of course, any store has the occasional customer who simply likes being awkward. Just like airports there are hassled, stressed people – however unlike many airports this is not our lingering memory of the spaces. Why is this?

Over the past decade there has been much talk about design thinking and service design, of tackling problems by looking at each problem as part of a larger journey and not in isolation. This is what big tech is especially good at, not simple joining up the dots but drawing them together into one seamless line – creating a recognisable, brand experience, where every part is underpinned by a set of values and principles and delivered with a consistent visual and verbal language. This is something that airports and airlines struggle to do.

Apple stores combine the finest of three aspects – environment, technology and people. They understand the importance of investing in architecture to create harmonious environments designed with the customer in mind – open, inviting and functional. But, importantly, what makes their stores function seamlessly is the piece of the jigsaw we might not first consider – staff.

We’ve all entered an unfamiliar airport in a hurry – but when was the last time we were immediately met by a number of staff not only glad to help, but actively empowered to help? All too often airport staff are tucked away behind desks or simply standing by bag-drop stations and beholden to a fixed terminal to give any useful advice. On a recent visit to Heathrow I was sent bouncing between two desks and three staff members to pay for a flight upgrade. I was quoted two separate prices and it took 20 minutes – would this happen if I was at Google Airways? Absolutely not. The process would be handled by one member of staff, and my enquiry for an upgrade would have been flagged by my search history before I’d even set foot in the terminal.

Remove the staff from an Apple store or lock them behind cash desks and the experience shifts dramatically. The tech giant’s entry into retail demonstrates how design thinking can fundamentally change a category. It’s no surprise that other retailers suddenly started following their example, bringing staff onto the shop floor to actively advise and sell, and opening their shops for events and education.

Let’s consider the third part of the triangle – technology. When talking on a panel at Hamburg’s Passenger Experience Conference recently, I was struck by a statement that one of the other speakers made whilst stressing the importance of human interaction within the aviation experience. “Technology can’t be empathetic,” they said. I disagree.

I believe the most successful technology of the future will be profoundly empathetic. The entire industry recognises the importance and inevitability of facial recognition as the way to direct passengers through an airport. Although I can’t imagine a more efficient system, the thinking around this has, so far, been in my mind fairly pragmatic.

Consider a connected airport that not only recognises a passenger entering the terminal, but also understands their mood and motivations. An airport that, without any human interaction, senses that person is running late and immediately directs them to the fastest moving security queue. Perhaps the airport might even keep a channel free just for those highly time pressured, stressed passengers it knows will be arriving in the next half an hour due to disruption on the shuttle train. An airport that scans imagery not just for faces but is triggered into sending staff to meet the passenger at the entrance to take their oversize luggage and print a label and appropriate carnet there and then.

An airport that has been closely analysing feedback from the voice assistant on a personal device that suggests that, for reasons they’d never reveal to a human, they’re a nervous flyer, and tailors an experience to ease concerns.

An airport that can listen to the hum of passenger’s combined voices at the gate and shift the music or lighting to positively affect the mood of the crowd. An airport that takes all this ambient data and uses it to constantly iterate the passenger experience, and can do so in increasingly personalised forms – alerting you that the perfume you searched for last week is on offer in the terminal, and a simple click will purchase for pick up at the gate.

Take this a logical step further and ‘BigTechAir’ would also be constantly pre-screening me before I even choose to fly. It would define the level of security risk I posed by my meta-data, search history and network, adjusting my security screening accordingly. It would offer me rewards not in the form of air miles, but redeemable digital credits – iTunes vouchers etc., and would have my Netflix and Spotify preloaded onboard so I can continue watching that must-see series, rather than trawl through an airline’s choice of entertainment.

In summary, the potential for big tech would be to own this entire journey from the undefined vague beginnings (“I might go away in June”) and create a rigorously branded experience, through the airport, onboard and beyond. They have the influence to be able to simply force partners to comply with their processes or be dropped, and, worryingly, the ability to rapidly compile data capturing every aspect of our past faults and future motivations. 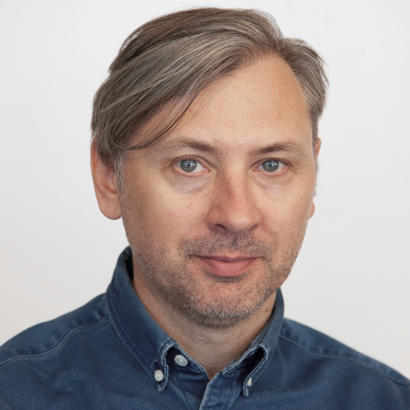