Where are the top 10 fastest emerging markets in aviation?

We’re frequently reminded that the aviation industry is experiencing exponential growth, but have you ever wondered where the 10 top emerging markets in the world are? 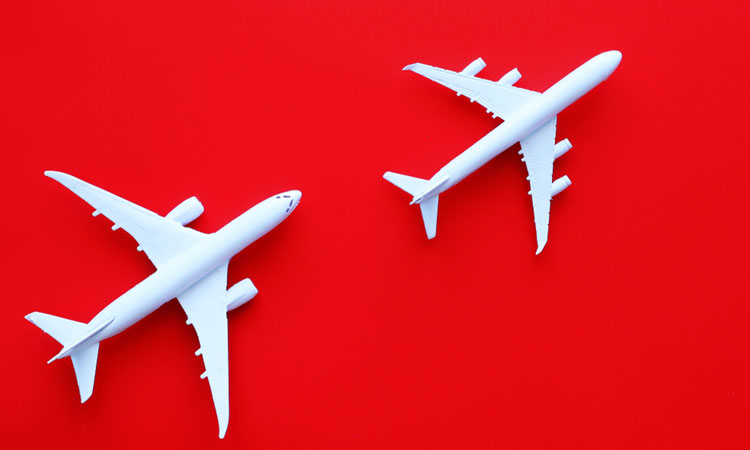 Over the next 20-years, ACI World predicts that aircraft movements will increase by two per cent, to accommodate the expected surge in  passenger traffic of 4.1 per cent, but where can we expect to witness this increase?

“Geopolitical tensions and protectionist policies that retreat from further economic integration and air transport liberalisation could also have an adverse effect on the air transport industry. The aviation industry must come together to respond to these challenges and help to ensure communities continue to reap the social and economic benefits of air service growth. Policy at a national and global level should be focused on facilitating sustainable growth over the long-term.”

So where will these increases occur?

Vietnam is expected to see an increase of 7.8 per cent, which can be accounted for in the thriving tourism industry, Vietnam is a prime spot for many travellers. As the demand for electrics refuses to diminish, Vietnam will continue with its growth, with its largest industry being electronics.

Despite the recent struggle for Indian aviation with the rise of fuel prices, the industry supports roughly 7.5 million jobs, and contributes to about 1.5 per cent of India’s economy. Expecting to see an increase of 6.8 per cent, India is set to experience a boost in tourism, but not specifically international visitors, rather domestic. With more available on their doorstep, Indian nationals are expected to be at the forefront of the 10.7 billion passengers choosing to travelling domestically come 2040.

Expected to grow 6.2 per cent, with a booming economy, and home to the most expensive private jet in the world and its owner, Saudi Arabia has the disposable income to propel its up up and away through this list. As more and more people, not only holiday, but do business with the Middle East, Saudi Arabian air traffic will continue on its exponential growth rate.

With a continued addition of more routes, to further afield destinations, the UAE have been proactive in raising their stake in the emerging market leader board. As new routes are added, and more passengers pass through the airports, the infrastructure will need to adapt and change to accommodate. The Midfield Terminal construction project, which is estimated to cost in excess of £2 billion, will facilitate the 5.7 per cent growth that the UAE is expected to witness. The new facility will be large enough to cope with the growth in traffic and this passengers.

Whilst a booming economy is also relevant for China, it is more the rapidly expanding population, with an increase in the middle-classes within the country, which secures China as the fifth largest expanding emerging market. With an expected increase of 5.5 per cent, we expect that we will see China on this list for many years to come. Over the next 20-years, we can expect to see an increase of 5.5 per cent in China.

Despite the quite recent controversy surrounding the international safety standards of the Air Transportation Office in the Philippines, civil aviation in the country has bounced back. With an expected increase of 5.4 per cent on the horizon, the expected continued growth pf passenger and cargo traffic will keep the market buoyant.

With the vital job of connecting many islands to one another, aviation in Indonesia is imperative. Similarly to the growth expected in China, the growth of the aviation market in Indonesia can be seen to be a result of the growing middle-classes, and the rise of the low-cost carriers. With an expected growth of 5.4 per cent, IATA predicts that Indonesia will become the world’s fourth largest air travel market by 2036, with around 355 million passengers predicted to fly from and within Indonesia by 2034.

Having recently faced short-term challenges such as the continuing rise of fuel prices and the uncertainty surrounding the value of the currency, Colombian aviation has been struggling for a while. However, with an expected increase in passenger traffic of 5.4 per cent, and the country’s Civil Aviation Authority, Aerocivil, forecasting that annual passenger numbers should reach 100 million by 2030, Colombian aviation is from beat yet.

At the end of 2018, new Mexican President-elect, Andres Manuel López Obrador, halted the construction of the New International Airport of Mexico City and despite the capping of the development, Mexican aviation is still expected to see a rise in passenger numbers of 5.4 per cent.

With one of the greatest mysteries in aviation at the heart of Malaysian aviation, it has been a rocky few years for the industry. However, with the launch of the passenger experience app based on big data, the infrastructure of the airports is in place for the expected increase of 4.8 per cent in the coming years.