Sustainability Series: What is Heathrow’s plan for the future?

Posted: 15 March 2019 | Matt Gorman | Director of Sustainability | No comments yet

In the second instalment of our Sustainability Series, we caught up with Matt Gorman, Sustainability and Environment Director at Heathrow Airport, to discuss the airport’s carbon footprint and their plans for the future.

Heathrow 2.0 is the airport’s landmark strategy, setting the direction for a future era of sustainable aviation.

It will ensure that as Heathrow thrives, so do our people, our communities, our country and our world. This is only possible if we grow and operate our airport sustainably, now and in the future.

By working with partners and stakeholders to devise solutions, and by investing in and implementing breakthrough technology, we can create a culture of sustainability so that it becomes part of everyone’s daily decision making. To do this, we’ve structured Heathrow 2.0 around four key outcomes:

In the plan you mention that we as an industry have to address carbon – how does Heathrow intend to do this?

Carbon has been a key topic for Heathrow for many years. The IPCC report last year highlighted that a 1.5 degree world means ‘net zero’ emissions by the middle of this century. We need transformation in every part of the world economy, and aviation is no exception. It is our responsibility as aviation leaders to own this challenge and step up. We know that net zero carbon is the destination that we need to get to. The questions for us and the other leaders in our industry are: How quickly can we get there?

In December, we took a big step towards our carbon goals by setting out our ‘roadmap’ to reduce and offset carbon emissions from the growth in flights, created by an additional runway. The plan commits to four key action areas including: cleaner aircraft technology, improvements to airspace and ground operations, sustainable aviation fuels, and carbon offsetting methods. Although we don’t control all the emissions from the airport, technology and innovation are creating more opportunities for us to reduce our impacts than ever before and our roadmap will help us go further, to mean no net growth in emissions from additional flights after expansion.

We recognise the scale of this challenge and are looking beyond CORSIA and the aviation industry’s international agreements, to new, innovative solutions to offset emissions and develop alternative fuels.

How will the third runway fit in with these plans? Surely more planes will just contribute to more carbon production and pollution, not to mention the effects of the construction.

Delivering this plan won’t be easy and we can’t do it alone. We know we need to work within our sector and with many other stakeholders to really prove what we’ve often said: that it is not aviation that’s the enemy, but carbon.

As Britain’s busiest airport, we can lead the way by demonstrating what can be achieved with enough focus and investment. For example, due to our focus on reducing emissions from vehicles – the main contributor to areas of poor air quality around the airport – we’ve already converted over 70 of our own cars and small vehicles to electric or plug-in hybrid (the second largest corporate fleet in the UK). Heathrow is also the site with the highest density of electric charging infrastructure in Europe, with over 100 charging points available to passengers, colleagues and airside vehicles in addition to over 800 electric baggage tugs already operating at the airport. Through our Clean Vehicles Partnership, we are sharing our expertise and supporting other organisations based at the airport to convert their fleets to electric or plug-in hybrid.

Over coming months, we will seek feedback from members in the aviation industry, advocacy groups and climate change experts to set out further details in our carbon neutral plan. Members of the public will then have an opportunity to feed into this process – including plans to mitigate road traffic and construction – in the next statutory consultation on Heathrow expansion in June.

How will you cap the noise of more planes as a result of the new runway?

Over the last few decades, we have made great strides in reducing our noise footprint – Heathrow is quieter now than it was in the 1970s, even with double the number of aircraft.

We know noise will always be an issue of concern and we are taking action to ensure the airport continues to reduce its impacts. Initiatives including our expanded Fly Quiet and Green programme and noise infringement fines, help to keep airlines accountable by tracking performance and encouraging friendly competition between carriers.

With expansion, we will go further by looking at how we can extend periods of predictable noise respite during the night and early morning hours, which we will be consulting on as part of our expansion plans later this year. Expansion and our associated airspace modernisation program will be an opportunity to provide all communities overflown with periods of predictable respite from aircraft noise – something which isn’t possible today.

In the Heathrow 2.0 plan, you mention that Heathrow will be powered by 100 per cent renewable electricity – is this already a reality?

Yes – all of Heathrow has run on 100 per cent renewable electricity since April 2017, and as such the airport is nearly 80 per cent towards its zero-carbon airport goal.

The goal is to operate zero carbon airport infrastructure by 2050, meaning that the day-to-day operation of the airport infrastructure results in no emissions of greenhouse gases. As part of the progress made against these plans, Terminal 2 now runs by entirely renewable electricity AND gas! Voted by passengers as the world’s best terminal in 2018, T2 is our ‘greenest’ with 124 solar panels on its roof, an on-site biomass boiler using locally sourced forestry waste and renewable gas and electricity supplies.

As Heathrow is already Level 3, how do you intend to reach Level 3+ accreditation of ACI Airport Carbon Accreditation programme?

We are proud that our overall strategic approach and efforts to reduce carbon have been recognised by the Airports Council International through their Airport Carbon Accreditation Scheme, with Heathrow achieving Level 3 Optimisation since 2010. Last year we announced our goal to be a carbon neutral airport by 2020, achieving the Level 3+ carbon neutrality ACA Scheme. Heathrow has been powered with 100 per cent renewable electricity since 2017, and in 2018 Terminal 2 became one of the world’s first terminals to run entirely on renewable energy.

Heathrow has achieved the Level 3 Carbon Trust Supply Chain Standard, one of only a handful of companies to be accredited and the first airport. The standard recognises Heathrow’s work with its suppliers to target year-on-year reductions in supply chain carbon emissions.

Finally, we are also convening experts in our industry and beyond to help us tackle the challenges we don’t yet have responses to through our new Centre of Excellence for Sustainability. This is important as we’ll continue to learn from, and listen to, our partners and our critics so that, together, we can create a sustainable future for aviation.

Matt Gorman has been Sustainability & Environment Director at Heathrow for the last 10 years. He leads the team that developed ‘Heathrow 2.0’, the airport’s leadership plan for sustainable growth, launched in 2017. He is a member of the company’s leadership team and played a key role in developing the new approach to expansion – putting local communities and environment at the heart of the airport’s growth plans. Those plans were recommended by Airports’ Commission, supported by the Government, and won strong parliamentary backing in June 2018.

Matt works closely with community, business and government stakeholders in the UK, Europe and internationally. He chairs the Heathrow Community Noise Forum, engaging a range of neighbouring boroughs He is a Council member and past Chair of Sustainable Aviation, a unique coalition of UK airlines, aircraft and engine manufacturers and airports which promotes cleaner, quieter, smarter flying. He has represented the global airports industry in the International Civil Aviation Organisation’s working group on aviation and climate change, and Heathrow on the Prince of Wales’s Corporate Leaders Group on Climate Change since its foundation in 2005. 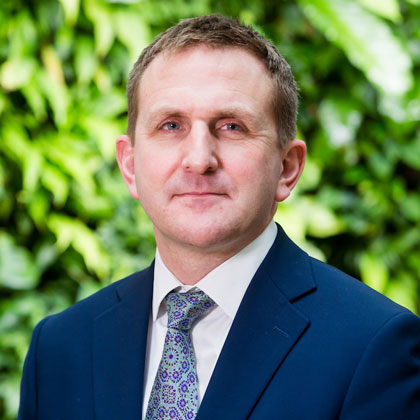 By Matt Gorman | Director of Sustainability