Nathalie Herbelles, Head of Security at ACI World, discusses how airport stakeholders are working together and deploying new technologies to improve security, operational efficiency and the passenger experience. 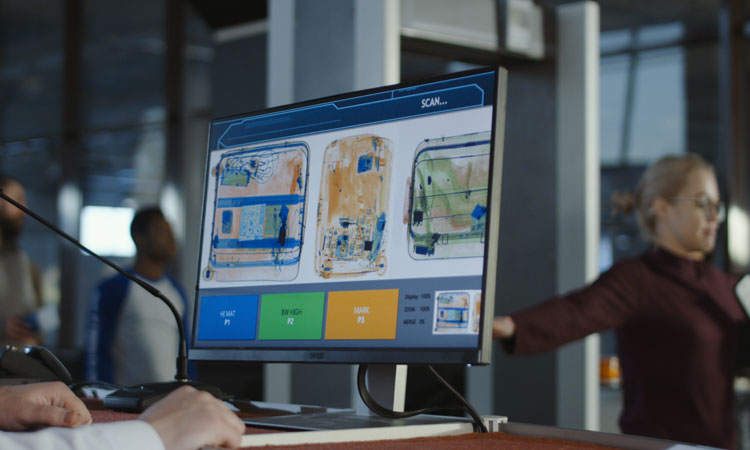 Security checkpoints remain the most visible and iconic layer of security in our aviation security system. When a new threat emerges, a typical reaction is to address it with new screening measures. The response to the liquids plot in 2006 was to limit the quantities one can bring through checkpoints. Security scanners were widely introduced after the shoe bomber plot of 2001. Certain Customs authorities have called for outbound screening to detect endangered wildlife or narcotics. The risk of an attack using chemical, biological or radiological (CBR) substances can be mitigated, it is believed, through detection at the checkpoint. The prohibited items list keeps growing – yet it still includes bows and arrows, baseball bats and catapults.

This constant flow of new threats, coupled with an eight per cent annual traffic growth, is putting pressure on screeners and on airport infrastructure around the world. Passengers already report a high level of dissatisfaction with security screening, citing it in surveys as the most frustrating part of their journey. This means that we urgently need to focus on solutions that relieve pressures at the checkpoint, and thus relieve pressure from passengers and screeners.

The good news is that vendors, authorities, airports and airlines are working hard to identify the game changers. Programmes like Smart Security exist to share information on the innovations that improve security, operational efficiency and the passenger experience.

One of the most promising developments has been around central image processing (CIP) of X-ray images. Thanks to networking, images can be reviewed and cleared away from the X-ray machine that captured them. Some airports have decided to implement CIP within the checkpoint environment, while some have created separate rooms that allow screeners to review images in a quiet environment. However, looking ahead, the concept could allow small airports to ask bigger airports to review and clear their X-ray images. This is being investigated in New Zealand, where the concept has shown promising results despite some IT challenges. Trials have also looked at how raw X-ray images captured by security screening on the outbound journey can be shared with foreign border control authorities on the inbound journey. Such solutions, while complex to solve, would do much to streamline checks and enhance border security.

Advances in artificial intelligence (AI) also mean that we are getting better at detecting threat items in an automated way. This can help speed up screeners’ decision time, but AI can also help ‘auto-clear’ more simple items, such as an empty bag or a pair of shoes. Looking ahead, machines will be trained to automatically detect more and more complex items. This will make tomorrow’s cabin baggage screening look more like today’s multi-level hold baggage screening, where most pieces of baggage are cleared by a machine and where screeners focus on exceptions and alarm resolution.

Complex algorithms and machine learning might be provided by more and more players in the future. The TSA, for instance, is investigating how open architecture software and non-proprietary databases could allow a wide range of niche companies to provide specialised detection capabilities and increase participation in the market. Open architecture would be able to integrate third party detection algorithms and user interfaces into the checkpoint.

Interestingly, automated threat detection should make CIP less relevant, because in the long run, machines should be able to clear a greater majority of images. However, this does not mean that screeners will not be part of tomorrow’s screening concept. On the contrary, we expect that humans will play a critical role by focusing on interacting with passengers, providing customer service, resolving critical alarms and/or analysing behaviour.

Humans should be at the heart of the screening evolution because it should be driven by travellers’ needs and expectations. What do passengers want? And what experience do they expect as part of their travel journey, at the airport, and from security? Can we make the whole process seamless or at least queue-less, and can we make it more intuitive? Customer satisfaction should not be viewed in silos, because an otherwise stellar experience throughout the airport might be totally undermined by one very poor experience at the security checkpoints.

Ultimately, rethinking the checkpoints might just mean eliminating them – while making sure that screening still happens. Handling passengers and bags in an off-airport environment could help minimise required processes at airports for most passengers. Most baggage would be picked up at a convenient location (e.g. at home), screened either on-airport at off-peak times or at remote facilities, securely transported to the airport and delivered to a convenient location at destination. This would also involve pre-travel assessment of data, biometrics, digital identities and self-service access to restricted areas.

Meeting the needs of future generations and their demographic will involve creating a personalised and customised experience for passengers at airports. We expect that passengers will be ready to accept invisible processes and decisions happening in the background (e.g. based on their personal data), with little to no impact on their perception of security.

These are some of the themes Smart Security will be looking at in 2019 and beyond – to define a future for passenger and cabin baggage screening that is audacious, inspiring and embraces change.

This article was inspired by a panel, moderated by ACI World, during the ICAO Aviation Security Symposium’s Industry Day in November 2018.

Nathalie Herbelles is Head of Security at Airports Council International, based in Montreal, Canada. In her role, she is ACI’s point of contact for global airport security issues, representing the world’s airports and helping deliver the association’s priorities. Prior to this role, Nathalie helped coordinate the airline industry’s security and facilitation positions at the International Air Transport Association (IATA), at a global level in Montreal and within Asia-Pacific in Singapore. She has also worked for the Association of European Airlines, Air France, the European Commission and the Spanish Airport Authority AENA. Nathalie has a legal background and holds a Master’s degree in Air Transport Law and Management from Aix-Marseille University in France.