As we enter an age where smart technology forms a part of our everyday lives, it is not a surprise that many airports are already spending money to deploy new technologies that contribute to more efficient passenger processing. Matthys Serfontein, Vice-President of Airport Solutions at SITA, takes a look at how this area of the industry is moving forward. 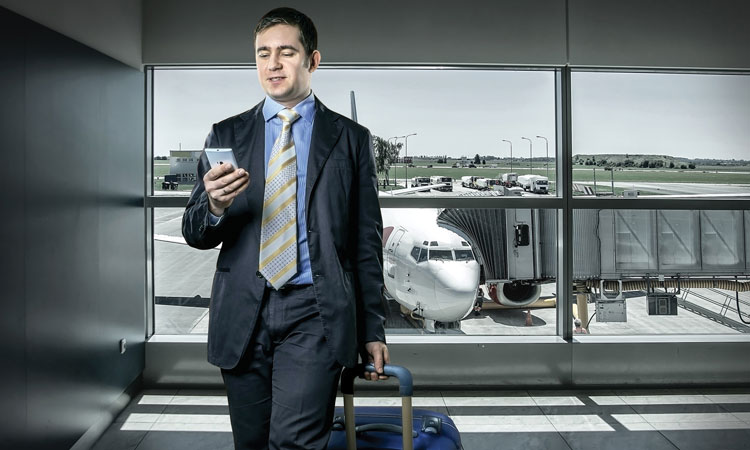 Getting through a busy airport to reach the comparative tranquillity of the airside lounges can be one of the most frustrating aspects of the travel experience. Crowded check-in areas and long queues at security are just some of the traditional obstacles.

But the fast adoption of smart technology by passengers has opened the door to new self-service options and further automation of the journey through the airport. It enables us to use proximity-sensing technologies to link the discrete steps through the airport into a more seamless journey that is both faster and more convenient for everyone.

Where is the smart money going?

Airports are investing heavily in passenger processing with the twin aims of managing throughput, while ensuring that passengers have a great experience. Data from the recently published Airport IT Trends Survey1 indicates that airports all over the world are rolling-out technologies that speed-up processing, reduce queues and keep passengers better informed, while also driving commercial revenue growth.

Nowhere is that more clear than at check-in. Today, around two out of five people turn up at the airport already checked-in. However, for those that haven’t, the self-service kiosk has proved to be the next best thing. Self-service kiosks are almost universally available in 2015 with nine out of 10 airports offering the service, up from 75 per cent in 2014.

Airports have gradually been expanding the functionality of kiosks and 42 per cent of airports have kiosks that can now print bag tags to help passengers tag their own luggage. They can then deposit the bags at drop-off points, which can be much faster than using the traditional airport counter. Today, either assisted or unassisted bag-drop points are available in around half of all airports. Baggage processes, too, are being brought into the self-service sphere.

At SITA, we have worked with a number of airports, such as Melbourne and Brisbane in Australia, to deploy bag-drop solutions. The impact has often been immediate with self-service bag-drops operating much faster than traditional baggage processing – our units typically process 60 passengers an hour, compared to 24 using staffed counters.

Faster check-in of passengers and baggage solves one problem, but can lead to more congestion and longer queues at the next touchpoint, such as immigration or security. To manage the flow through the terminals more efficiently, many airports have, or will deploy, sensor technologies such as beacons in the near future. These technologies help airports manage passenger flow by gauging people’s movement at critical points in their journey all the way to the gate. In fact 30% of airports are planning major investments with sensor technology over the next three years, with a further 51 per cent evaluating the technology.

Currently, the most common place for these sensors is at the security checkpoint, with 17% of airports having already deployed them and another 44 per cent planning to by the end of 2018. Only 6% of airports have deployed sensor technology at check-in, but data from the survey indicates that check-in areas will see the largest increase in sensor deployments over the next three years with 55 per cent of airports planning to install them.

But there is still untapped potential for sensor technology within airport operations. For example, the deployment of sensors to monitor the arrival processes, in areas such as baggage reclaim, is almost non-existent today. While just over one-third of airports expect to install sensor technologies by the end of 2018, the majority of airports are mainly focusing investments on outbound passengers.

Real-time information to ease the stresses of travel

The case for sensor technologies to better manage queues and the movement of passengers from an operational perspective is clear. But airports are also starting to use the same technology, in conjunction with mobile apps, to deliver real-time ‘day of travel’ information services directly to passengers at the appropriate point in their journey.

Flight status notifications are already standard airport app features, but over the course of the next three years, a range of new services will also become a common part of the mobile experience provided by airports. In particular, wayfinding within the airport will be introduced by 61 per cent of airports by 2018, while notifications, such as security queue times or parking availability, is planned by 58 per cent of airports. Beacons can efficiently guide passengers with indoor directions or walk times to gates, for example, or display their mobile boarding pass as they approach the gate.

Many airports are also looking to monetise their mobile investments by developing new commercial revenue streams. For example, 57 per cent of airports plan to offer retail promotions through their app, while 41 per cent will introduce purchasing of airports services, such as car parking and lounge access. Forty-two per cent of airports will support these efforts by making cashless payments available with their app. It all leads towards the same end-goal: facilitating the best, most efficient passenger journey through the airport.

And more innovation is likely to be introduced in the near future, with wearable devices likely to appear at airports over the next three years. Nearly one third of airports are planning to evaluate at least one of the different technologies by the end of 2018, while 14 per cent expect to conduct a major programme. The wearable that’s grabbing the most attention from airports is smartwatches, with 22 per cent of airports planning to deploy them, or at least experiment with them, over the next three years, compared to only seven per cent interested in smart-glasses.

Smartwatches can play a dual role at airports. On the wrists of airport staff, they will relay information back and forth from operations to complement the sensor technology already outlined. On the wrists of passengers, they will receive real-time information and make it easier for passengers to move through the airport. Boarding via smartwatch requires just a few quick flicks of the wrist for the passenger to have all the relevant information needed to board a flight.

The paramount importance of business intelligence

An airport’s ability to harness the power of data is critical to its ability to make the most of modern technology trends. Capturing data from sensor technologies to drive real-time business intelligence and analytics is a must. Up to now most airports have focused their business intelligence (BI) initiatives on revenue optimisation and today 36% of airports are utilising data for this purpose.

However, the focus is shifting. Airports want to use BI tools to monitor passenger flow, and deploy staff and assets more effectively, including the ability to exploit aircraft movement data. Over the next three years, 55 per cent of airports plan BI initiatives using passenger flow data and 43 per cent from monitoring airport resources and assets.

This ties in with where airports see the big wins from investing in business intelligence. A good majority (68 per cent) of airports expect the most business value to derive from more effective tracking of assets and staff, while 49 per cent of airports see high value from using BI to speed-up passenger processing and increase dwell time so that retail revenues can be maximised.

It is clearly going to take time for the industry to adopt the full spectrum of these modern technologies and queues are not going to disappear overnight. But the good news is that almost every major technology trend at airports is aimed at optimising efficiency for passengers. In fact, 73 per cent of airports stated that passenger processing was their top investment priority in 2015. The passenger is clearly king.

Matthys Serfontein is Vice-President of SITA’s Airport Solutions where he is responsible for overall strategy, portfolio direction and investment, business development, product delivery, customer implementation and commercial operations. Matthys joined SITA in 2007 as Regional Vice-President for the airport solution line in Africa, and has held his current position since 2012. Prior to this, Matthys enjoyed various senior management positions for the Airport Company South Africa and the South African companies, e.Airports Ltd and OSI Airport Systems as Managing Director.