Roger Koukkoullis, Operations & Safety and Commercial Director at the AOA, reflects on the UK Airports Safety Week, now in its third year, and its interest to the international community of airport professionals and safety experts. 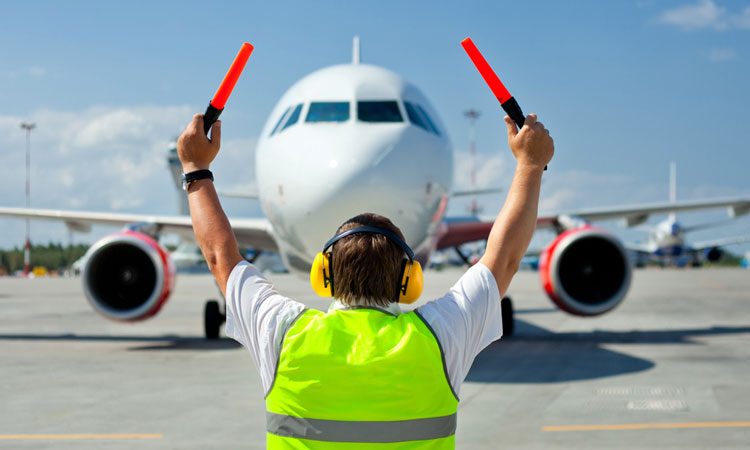 Based on the theme ‘promoting safety together’, and with events taking place at over 50 UK airports, Safety Week drew interest from airports in seven other countries who took the opportunity to visit airports across the UK to see how it is done.

The main objective of the week is for airports to lead a coordinated endeavour with stakeholders and business partners to create an environment where everybody contributes to a sharing of values, beliefs, knowledge and experience.

Globally, aviation experienced the safest year on record in 2017, largely due to modern safety operations focused on preparation, prevention and culture. Airports functioned safely for many reasons, but one of the most important was a sense of shared understanding and responsibility among staff. Day-to-day functions at an airport involve wide ranging interactions within and between organisations managing complex, mission-critical large-scale matrix operations, all underpinned by a combination of regulation and culture.

In the past, traditional participants to airport safety days were airside, airline, ground handling service providers and air traffic control staff, but from the outset the AOA has been determined that UK Airports Safety Week should be fully inclusive, involving the traditional participants, but also landside staff and local communities. Airports have sought to involve schools, local councils, emergency services and local transport operators and the scope of the week has been broadened to cover not just safety, but also health, wellbeing, occupational health and environmental issues.

Airport roles, functions and activities are complementary and that is why it’s crucial to include as many stakeholders as possible in the week’s events. This shared responsibility is a critical component to produce highly-effective operations. Operations can only be effective when they are safe. Our greatest ambition is that every journey starts and ends safely and that all our staff, passengers and visitors continue to operate in the safest surroundings, enveloped by a culture determined to deliver this.

One of the objectives of this year’s UK Safety Week was to encourage airports to embrace safety issues connected to new technologies and concepts, including connective systems, autonomous vehicles, alternative power and fuel, automation, drones and unified threat management.

The UK Civil Aviation Authority supported UK Airports Safety Week 2018. The CAA’s ground handling operations safety team (GHOST) was one of the week’s key external partners. GHOST is a multi-disciplined CAA/industry group set up to address and share learning from ground handling issues with the objective of improving safety. The CAA has identified ground handling in its safety plan as one of the seven main areas of risk in UK aviation. Its priorities for 2018, based on an assessment of risk factors, are reducing the numbers and severity of loading errors and encouraging open reporting of safety events.

UK airports had undertaken significant development of safety initiatives and Safety Week gave them the opportunity to showcase, meet and discuss these.

The ‘We are Safety’ sub-group of GHOST was founded in 2016 on the initiative of gategroup and easyJet to foster an awareness of aviation safety standards, using common branding to promote a collaborative and consistent approach to sharing safety information. It has already been adopted by many airlines, airports and ground service providers.

The week’s third key partner, in addition to GHOST and We are Safety, is the Institution of Occupational Safety and Health (IOSH), the UK’s 46,000-member Chartered body for health and safety professionals. IOSH is the world’s biggest professional health and safety membership organisation.

The project team suggested to the 52 participating airports that their campaigns should consider three elements: an events schedule (a timetable of themes and activities), partnerships (embracing stakeholders and involving partners) and promotion (maximising public relations, media and communications).

A dedicated website gives an airport by airport overview of 2017’s activities, involving over 6,000 people. Huge numbers of airport staff working across all terminals were reached by the events at Heathrow, including 600 people at Terminal 2 and 800 at Terminal 3. One of the biggest successes and most popular attractions was the health bus, which resulted in some airport staff being referred to their doctor for high blood pressure.

London City Airport’s events engaged staff from across the airport, the local community in East London and airports in the Czech Republic, Iceland, Switzerland and Norway. Passengers were a big focus and staff were deployed to engage them through playing an interactive airside safety game. For the airport it was a great opportunity to meet some of its regular passengers, including two who worked for the World Health Organisation, who were hugely impressed with the airport’s health and safety work.

Health and wellbeing were key focuses for George Best Belfast City Airport, with three sessions looking at hidden disabilities, including one on autism awareness, reflecting an understanding of how unsettling travelling through an airport and boarding a plane can be for a child on the autistic spectrum. It can be a stressful journey for both parent and child and the aim of the session was to build familiarity with the route through airport security and out to an aircraft. Another session used special goggles to show people the effects of drugs and alcohol – that created some giggles, but also a good discussion and better understanding.

Day-to-day functions at an airport involve wide ranging interactions within and between organisations managing complex, mission-critical large-scale matrix operations, all underpinned by a combination of regulation and culture.

Cardiff Airport put on an exceptionally wide range of activities to underline that the safety and security of staff and passengers are its top priorities. There were bystander CPR demonstrations for staff and customers at check-in, a briefing for staff by the air traffic control tower team, advice from the police about staying safe on holidays and an airport tour for pupils from a local primary school, including first aid training and fire engine demonstrations.

At Edinburgh Airport the focus was on demonstrating what could be achieved when teams from across the airport came together with a shared goal. Office-based staff enjoyed spending time on an airfield topography tour, the fire service opened its doors to staff from across the airport, the health and safety and property teams organised a landside hazards game and the multiple teams involved in aircraft turn-rounds explained the importance of safety and team working in a dangerous environment.

UK Airports Safety Week 2017 demonstrated tremendous support from the top of UK airports and the passion, enthusiasm and commitment from teams across the airports determined to make a great success of the week. UK airports had undertaken significant development of safety initiatives and Safety Week gave them the opportunity to showcase, meet and discuss these. As passenger numbers continued to grow it was important to capture new entrants to the industry and the week offered a platform to share and learn that was appreciated by new and experienced staff alike.

The AOA will continue to prioritise safety in its work throughout 2018, by providing specialised industry fora for airport rescue and fire-fighting services (addressing issues such as fire-fighter training and competence), health and safety and aerodrome safeguarding (covering such issues as lighting, cranes and wildlife hazards). A new AOA forum for 2018 will offer Air Traffic Service professionals across various disciplines an opportunity to meet and discuss issues of common interest.

Roger Koukkoullis has led the operations and safety group at the Airport Operators Association (AOA) since 2015, using his experience gained in complex mission critical large-scale matrix airport operations to advance important airport policy work. He has an interest in the future of a prosperous aviation industry as a significant component of the UK transport infrastructure.

His focus is pursuing airport safety culture improvement and the commercial challenges in business. AOA industry working groups has resulted in a greater collaborative effort and we are working smarter, as we share knowledge, experiences and learning; he states.

He has held various operation positions including at London Luton Airport, Skavsta, Sweden and London Gatwick. 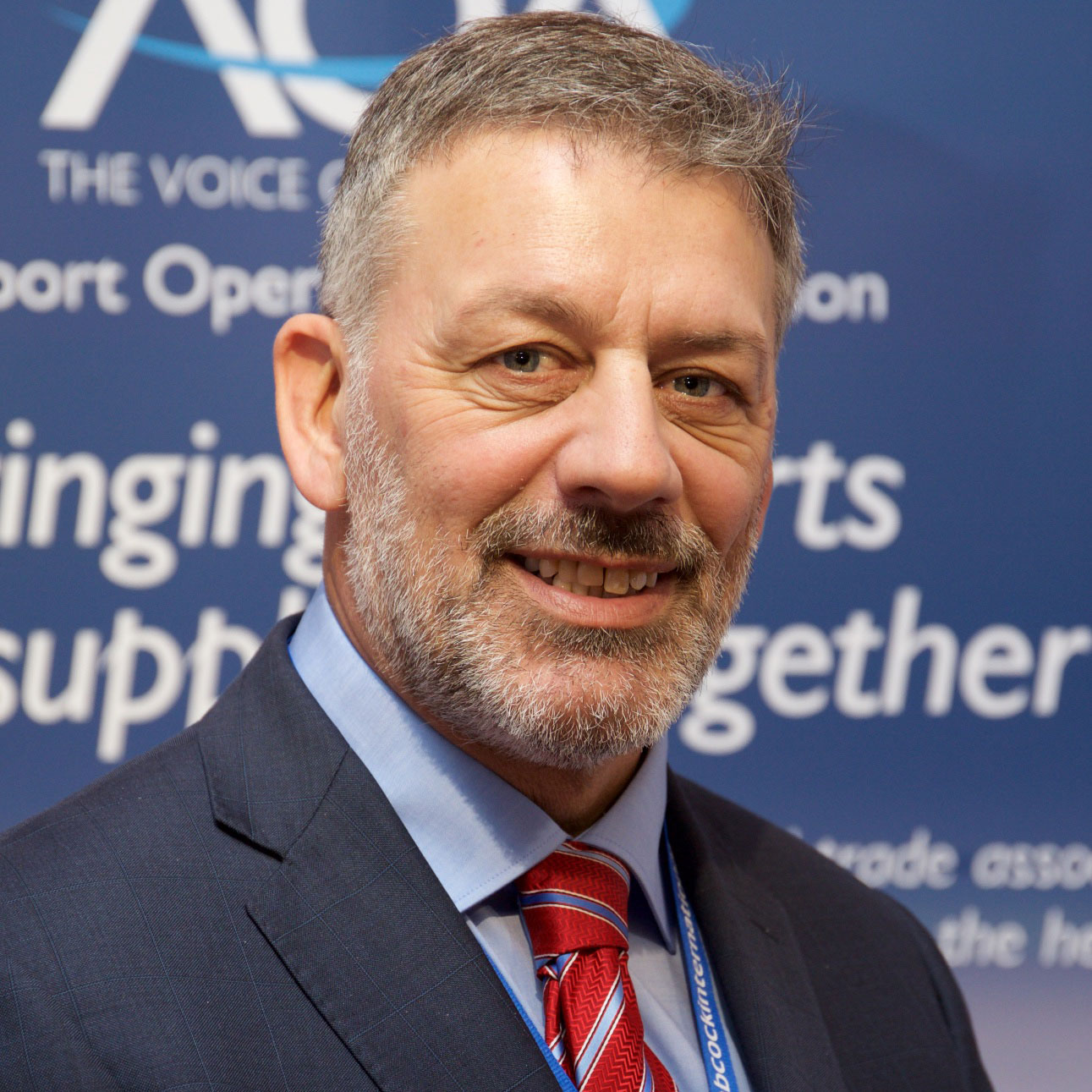