Is the backlash against facial recognition deserved?

Facial recognition received a battery of bad PR recently with the news that some police forces in the United Kingdom had been trialling the technology to what might be politely termed limited success. This failure may have caused a stir in the media, but for Neil Norman, CEO of leading biometric tech firm Human Recognition Systems, it’s no surprise at all. 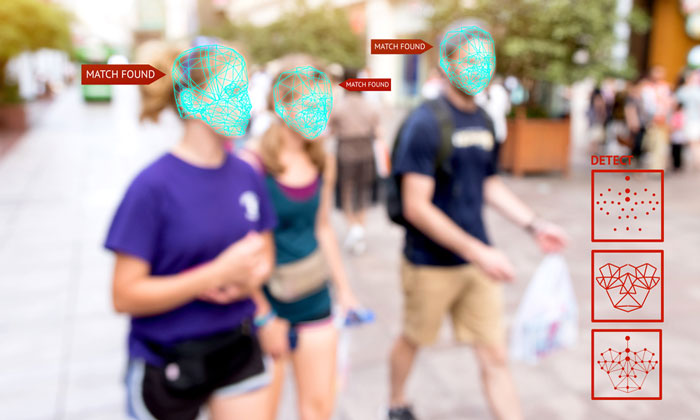 Would you trust a technology that has a 90 per cent failure rate? It would seem from recent reports in the UK media that this is exactly what the Metropolitan and South Wales Police forces have done. I have long held the view that facial recognition is an imperfect technology on which to positively identify individuals and it would appear that the latest report by Big Brother Watch vindicates this view.

The technology the police have been using draws video feeds from CCTV and then processes the visual information using a facial recognition algorithm in order to match people from their faces against a database of faces, supposedly turning all citizens into walking barcodes. However, facial recognition is an area of technology that is seeing a worrying number of claims associated with it, not just for policing and banking but also, and some may consider more worryingly, in the aviation sector as a cure-all for smoothing the passenger journey.

For the same reasons that the pilot programme the police have been running has failed, the use of facial recognition to provide an accurate, binary-decision capability for our aviation industry is a course of action that will set false expectations and could damage the industry’s hard-fought reputation. In fact, it will.

To suggest that current facial recognition technology can be used in a high-throughput, high-security scenario such as an airport is simply not practical at this point.

Our face, by its very nature, changes as we age. We can alter the way it looks by adding hats, glasses, facial hair and even having plastic surgery. What’s perhaps even worse, looking specifically at the airport passenger scenario, is that we are comparing a passenger’s face to an image held on a passport that can be up to 10 years old. To suggest that current facial recognition technology can be used in a high-throughput, high-security scenario such as an airport is simply not practical at this point. Whilst I agree that some controlled trials have been carried out successfully in airports around the world, reports that highlight how ineffective facial recognition is are more common and demonstrate the lack of any real, long-term testing of this technology.

More alarmingly, however, is the fact that with the industry focusing on applying facial recognition to the outbound problem, where passengers are rushing to catch a flight, this application is procured by the airport and sits outside the typical governmental controls that are imposed on immigration e-gates, for example. This means that system optimisation tends to lean in the direction of ‘make it work’ as opposed to ‘make absolute certain it’s the right passenger’.

The bizarre thing is that there are significantly more accurate and more powerful biometrics that can be applied to get passengers onto planes. But the reason facial recognition appears to be favoured is simply because a standard was set by ICAO over ten years ago, to add your face to a chip in your passport. Given that since that time, we’ve progressed from 2G to 4G, the iPhone 1 to the iPhone X and Elon Musk is giving us driverless cars and landing rockets back on earth, it seems foolish that the advances in human identification through modern biometrics cannot benefit passengers because of legislation.

One example of biometric development is in the field of iris recognition. Due to the mathematical uniqueness of the iris (the coloured doughnut around the pupil), you inherently enjoy a higher rate of accuracy to any other biometric, but in comparison to facial recognition, it is orders of magnitude greater. Of greater significance, however, is the ease of use with iris-at-a-distance and iris-on-the-move, making it more applicable to airport applications. There is also the advancement of 3D facial recognition, as seen in the new iPhone X (note, this is not standard facial recognition), which paves the way for highly-accurate self-identification using your phone.

Facial recognition is powerful in the right circumstances, predominantly as a human aid tool where it indicates if two people look alike. It has some way to go but I do believe, with applied machine learning techniques, it will get closer. However, if the aviation sector is to protect itself from damaging reports, such as those highlighted by the Metropolitan police trial, we need to ensure that rigorous and long term testing of facial recognition as an autonomous binary decision tool is carried out before we claim that it can solve all the issues that we have with seamless passenger processing.

We will only need a single passenger boarding the wrong flight or gaining access to the wrong area of an airport to undermine the security at an airport and the integrity of the entire industry. It is fact that facial recognition is not ready for making Yes/No decisions to board planes. Besides, give it a few more years and the likes of Apple Pay and Android Pay will disrupt passenger identification just as they have payments.