Next-generation IT infrastructure goes into operation at Gatwick

Posted: 15 May 2018 | Annie McKenna (International Airport Review) | No comments yet

As the number of passengers travelling by air continues to rise, so too does the data that accompanies those passengers. Many airports are currently using legacy IT infrastructure which, although being fit for purpose at the time of implementation, is now in need of a refresh. By future-proofing their IT infrastructure, airports can open up numerous possibilities to improve passenger experience and enhance efficiency. 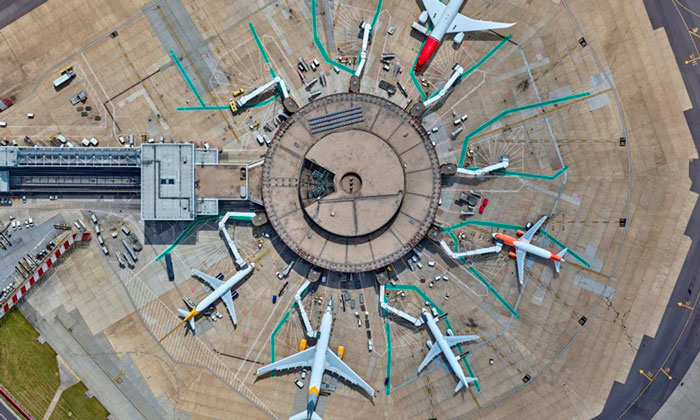 Gatwick, the UK’s second largest airport and the world’s most efficient single-runway airport, recently undertook a full-scale network upgrade, showcasing what the future could look like for airport IT. And following a grueling 18-month implementation project, now houses a state-of-the-art network infrastructure. The installation was carried out by Hewlett Packard Enterprise (HPE) and Aruba, a HPE company, in a deal worth $15 million. Now operational, the network will be managed by HPE Pointnext.

So why now? “The network at Gatwick was 15 years old by design and 10 years old by implementation. It had served us well, but it had served its time, and it was time to move on,” says Cathal Corcoran, Gatwick’s Chief Information Officer. Cathal goes on to explain that one of the unique things about an airport is that their data centres are often on-site and an extraordinary number of people rely on the network infrastructure every day. After all, airports are made up of a complex network of stakeholders. From the passengers, to airlines, retail and food and beverage providers, to airside suppliers, and of course the staff.

“There are more than 250 business relying on this campus network, along with 30,000 staff and 45 million annual passengers,” says Cathal. “We already had an EOSL (end of service life) position driving us, but I was getting demand from Gatwick Ltd., who wanted to do things that required more compute, more data movement and the use of new technologies. These couldn’t be done with the previous system. Additionally, I was getting demand from the airlines, who wanted to try new things with analytics. They couldn’t do what they wanted with the old system either.”

With so much demand for both traditional and innovative IT solutions, something had to be done. Gatwick began discussions with HPE to implement a solution. Nick Batchelor, Head of IT Operations at Gatwick, explains: “The project was an end-to-end replacement of the airport’s core network. We needed to build a digital platform to offer high levels of connectivity at scale and high density, and a really secure network infrastructure digital platform to deliver operational efficiency. It had to be resilient but also able to harness data to enable critical insight which we could use for the benefit of our customers and the employees.”

The new network allows the airport to take advantage of new, modern technologies for the benefit all airport users, whilst making the network more resilient and tolerant to disruption. While the previous network provided a limited number of data paths to communicate between its constituent components, the new simplified and fully meshed design provides 10 times the number of links for data to traverse the campus. By removing bottlenecks and potential single points of failure, and by utilising a backbone based on many multiples of 40Gb connections, Gatwick’s new network represents a step change in resilience and performance.

Cathal continues: “An airport is basically like a city in itself, so with this campus network we can start to think about the smart city technologies being deployed. Airports aren’t just about the airfield, they are also shopping malls for example, and the technologies you’ll find in a Westfield are expected. They are also glorified construction sites, and with hundreds of construction companies coming to the airport daily, and expecting to be able to open gB drawings that need to be moved around and accessed remotely. So suddenly Gatwick is needing to adapt technology for construction and for retail as well as for our own airside operations.”

And this is precisely where the new network comes into its own. Enabling optionality, the new network can be adapted to suit different customers’ needs. And these capabilities mean that Gatwick, its passengers and its on-site business will be able to take advantage of the latest technologies. This includes super-fast Wi-Fi, a stable network service for all stakeholders, high-definition CCTV and IPTV services, passenger flow analytics, baggage reconciliation services and machine learning and facial recognition software to bolster security and develop the passenger journey.

What is even more impressive about this pioneering installation is the speed with which it was executed. A typical project of this scale would take up to four years to implement, but Gatwick and HPE completed it within just 18 months. No mean feat, especially when you consider that the airport remained 100 per cent operational during this time.

“One of the reasons we were able to move fast, and one of the reasons we brought HPE in, is that it was a very simple strategy. HPE will be managing the old legacy network and have provided their own software for the new network. They will inherit what they put in, so it needs to be put in correctly from the beginning,” explained Cathal. “Gatwick brought the airport domain knowledge and executive management support to wrap around the HPE delivery engine, but the IT was wall-to-wall HPE.

“We decided that if we were to go ahead with the network refresh then we wanted to do it once, do it to scale, and do it right. On any given night we only ever had four hours to complete the work, and of those four hours we only actually had two hours to work in, as two hours had to be left for roll-back in case there was a problem. HPE has done a great job.”

Echoing Gatwick’s sentiment, Marc Waters, HPE’s Managing Director for the UK and Ireland, said: “Transitioning from old to new networks while keeping the world’s most efficient runway operating is like performing open heart surgery on a patient whilst he is running! The pressure that puts on people is immense, it really was a highly intense environment but credit to both teams – all the parties have worked seamlessly, and we’re delighted with how smoothly the project has run. This transition will be one of the most impressive to have taken place in recent years and we’re very proud to have led it.”