Communications – Critical to the effective coordination of services

Dr Fidel Liberal and Aitor Sanchoyerto talk about the changing landscape of intra-airport communications in a broadband world. 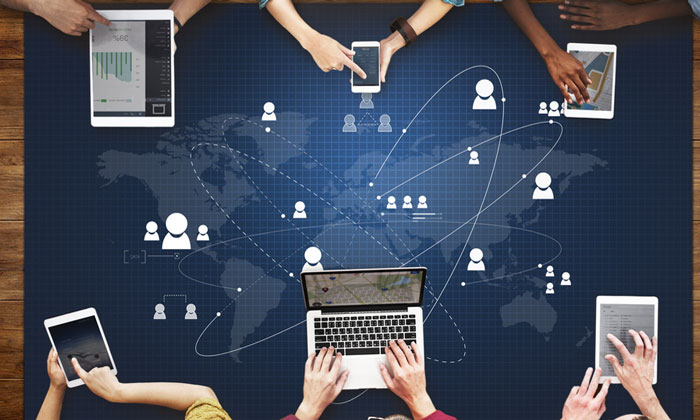 In daily airport operations there are multiple services, both airside and landside, ranging from baggage handling to staff and passenger security, with direct dependencies between all of them. The associated services are normally operated by different companies. These companies have to not only manage their own resources, but need to coordinate with the rest of the critical airport services with which they interconnect.

Mature PMR technologies have several advantages such as ’instant’ group communications and are well proven to be secure and robust. However, in today’s broadband world, these narrowband technologies do not allow the transmission of multimedia data.

Airports are beginning to take advantage of new LTE deployments that provide coverage across the entire area of operations, including airstrips and aerodromes. This new communications infrastructure may be based on dedicated private deployments or may make use of the radio coverage provided by one or more of the main mobile broadband network operators.

In 2017 Charles de Gaulle (CDG) and Helsinki (HEL) airports, among others, started the deployment of ‘professional’ LTE networks to evolve their existing communication infrastructure. Economy of scale, broadband capabilities, and/or the ability to support a broad set of services from infotainment to security were the key drivers for this choice.

Regardless of whether private or commercial LTE networks are used, in order to complement and in some cases replace PMR technologies, airports need to deploy new value-added services. In order to ensure interoperability, these advanced services will make use of standardised Mission Critical Push To Talk (MCPTT) voice services, data (MCDATA) and video (MCVIDEO). These building blocks are based on the new specifications laid down by 3GPP, and are focused on the quality and reliability of the multimedia communications between all operators connected to the network.

3GPP – The 3rd Generation Partnership Project – unites the global telecommunications standard development organisations and provides their members with a stable environment to produce the Reports and Specifications that define 3GPP technologies such as LTE.

In today’s broadband world, narrowband technologies do not allow the transmission of multimedia data.

To ensure that the MCPTT services work seamlessly across LTE devices, and foster the development of enhanced Mission Critical standard applications, the Mission Critical Open Platform (MCOP) initiative was set up in 2017. MCOP is a collaborative project with financial assistance from the U.S. Department of Commerce, National Institute of Standards and Technology (NIST). It aims to address the challenges of this complex new LTE-based ecosystem through the definition, development and validation of an open platform that identifies neat interfaces between the different technologies in the user equipment.

The use of not only standardised but also open MCPTT services over LTE systems can bring a series of benefits to airport operations:

In the meantime, some manufacturers have proposed the deployment of coexisting PMR narrowband and broadband LTE networks by providing either hybrid devices or gateways between both technologies. In the latter some users would use expensive PMR devices while others (i.e. subcontractors or key personnel with multimedia needs) use a regular or ruggedised smartphone. These technologies are aligned with the standards that are currently being agreed for the 5G communications of the future.

As broadband networks are being enhanced to provide mission critical support, much work is also going on behind the scenes to ensure that the services that run on these networks are as reliable as the bearer. The goal is that whatever the solution, the end users can rely on the communications to support their critical work.

Dr. Fidel Liberal is a well-recognized expert in the Mission Critical communications environment. He currently works in the University of the Basque Country (UPV/EHU) where he leads different mission critical communications and 5G related R&D projects.  Among them, he is currently the coordinator of the Mission Critical Open Platform (MCOP) www.mcopenplatform.org project. He has co-authored more than 75 international journal and conference papers in different telecommunication areas, most of them on broadband mobile networks. In recent years, he has been very active in the field of Public Safety communications related to NG911/NG112 systems and next generation Public Safety systems. As a result of an intense dissemination activity, he is connected with some of the most relevant stakeholders in the sector such as EENA, PSCE, TCCA, NIST-PSCR and standardization bodies such as ETSI, 3GPP and ITU-T. In 2017 he served as technical expert in NG112 and MCPTT Plugtests, interoperability events organized by ETSI. He has also co-founded two security and mission critical communications related Spin-Offs.

Aitor Sanchoyerto Martinez is an engineer with more than 20 years of experience in Telecommunications Projects in Public Safety Sector: Defense, National Security and Transport. He is specialized in interoperability protocols between organizations with different levels of security and radio technology, whose objective is to be able to establish voice and data communications in a safe way. He has participated in projects of private radio TETRA communications in Spain with AENA at the airports of Bilbao (Loiu) and Madrid (Adolfo Suarez). These projects have been focused in Ground/Air (G/A) voice communications and Ground/Ground (G/G) voice communications.  In recent years he has been actively working on convergence projects fromnarrow-band radio communications to broadband communications based on the 3GPP-defined standard for mission-critical services. Recently he has joined UPV/EHU to pursue his Phd Thesis on MC Services Management in 5G.

University of the Basque Country

University of the Basque Country