Security and tactical advisors in a tech-orientated world

Over the last two decades, airport security has been under near constant scrutiny. The technology industry has risen to meet this increasing demand and often human experience and knowledge is sacrificed in favour of the machinery it offers. Security expert Neville Brooklyn Hay talks to International Airport Review about this shift towards automated tech and the danger it poses. 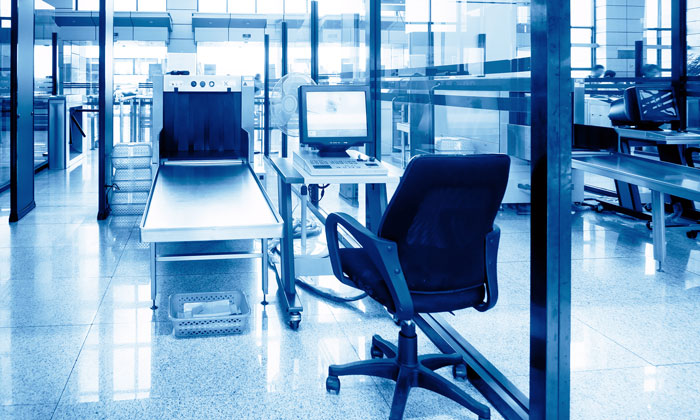 HANDS-FREE: A balance must be struck between passenger demands for seamless travel and security requirements

Announcing these tactics provides the public with reassurance the gaming board recognises the risk and threat and is attempting to put in place mitigation to reduce it.  Johnathan Allen, UK Deputy Permanent Representative to the United Nations at the United Nations Security Council briefing on Aviation Security in New York 2017, spoke about lip service to security, saying it is not a deterrent. We have all heard the phrases, “What’s in it for me?” and “How much is it going to cost”. This was echoed at a recent international meeting where my colleagues and I discussed challenges to security.

Anyone who is involved in security will have heard these phrases. There are individuals who are willing to ignore the signs and signals history has shown us and accept risk on the balance of probability, imagining that it is not going to happen to them and consequently ignore or don’t understand the risk and threat – paying it lip service.

The cost of security will always be a factor and it will act as a challenge; there has to be a balance with an understanding there is not an endless sum of money. Decision making should be based on a clear rationale and risk assessment. Obtaining all information available, what is being carried out, what are the policies, regulation and what is lawful. Identify gaps and employ new tactics. Review and amend, it is a continuous circle. It becomes a living document and involves all parties in that environment with a clear understanding of risks. Conversely risk can be looked at from a point of view of what will happen if a company ignores or doesn’t do anything; what would be the cost to the company? It is a brave person that ignores risk.

Las Vegas is a reminder to us all, history is a reminder. Everything we do should be based on history. Reviewing historical events, understanding what happened and how mitigation can be introduced. Changes in tactics can achieve and introduce new ideas, new ways of working not necessarily additional cost. It requires a change in the mind set. Making use of the technology and resources available via Joint working and skill sets can help. Increasing information flow and the means to communicate are all tactics.

The public are more informed today and more aware, social media plays it part in every major incident. The public will be less forgiving if individuals in charge pay lip service to security when incidents and history has provided the evidence and learning.  We will never stop terrorism, organised crime or indeed events like the shooting in Las Vegas. However, it is what we take from these events to protect, prevent, pursue and prepare against similar occurrences.

Events such as Las Vegas and terrorist incidents have three elements.  It is an attack at a crowded place, it involves mass killing or destruction and attracts media attention.  Every large public location or occasion, such as concerts, sports stadium, large shopping malls, university campuses, transport hubs like airports, seaports, bus terminus and railway stations, form one part of the three elements and have been subjected to tragic events.

Sun Tzu spoke in his book, the Art of War, understand and know your enemy. Plan and prepare. Those who do not understand, plan or prepare will lose in battle.

Security managers may want to consider tactical options for day to day security operations, not all managers will understand or have experience of various tactics and how they work. Tactical advisors experienced in operation deployment can provide that knowledge and planning – tactics that can be employed at any location and with joint working.

The aviation industry is in danger of its own success with its continued self-perpetuating expansion of air travel. The increase brings a chain reaction with a demand for fast efficient processes to ensure throughput of passengers, reducing turnaround time of aircraft, reducing queues, ensuring facilitation. Air travel benefits the economy and it will enhance the wealth of states, but the balance between facilitation and security needs to be constant.

The increase in the number of travellers places continued pressure on the industry, bringing with it the introduction of technology to speed processes up without the necessary experience from individuals other than technology. A world of rapid change in technology and desire to constantly move towards a technological environment will dispense with human experience, replacing it in favour of technology. We will have two adversaries. The first is the human, the terrorist and criminal. The second adversary will be that of our own fate – the use and desire to continually develop technology in a way that I believe those involved lose sight of the long term consequences.

The danger of taking the human element out of security technology

The continued creativity of technology makes for an environment where we depend more and more on technology, it will become independent; in essence it will no longer depend on the human. The rapid increase, use and development of artificial intelligence, the desire of developers to continuously explore and create new and exciting software to meet the challenge of increase productivity and process, will exclude the human element. The car manufacturing industry has shown us this.

The human element when trained and educated can be very effective. Making use of technology to be more efficient in detecting, deterring and denying the adversary is core to discovering a possible threat. The art of conversation and questioning is being lost with the millennium era. One only has to sit in a coffee shop at an airport and watch. Couples do not talk to one another, instead they are sitting across from each other starring into their phones. They are not aware of the environment and what is going on in that environment.

Behaviour detection has often had mixed reviews, with a lot of reference to how Israel employs behaviour detection and those studying psychology. The TSA programme has been highly criticised. However, criminal investigations have always centred around obtaining evidence through questioning and or securing and preserving evidence, from my police experience and investigations into crime and terrorism, whether a beat crime or dealing with international terrorism and organised crime, investigations are carried out from the information known at that time, questioning and follow up via new lines of enquiry. The balance of the human with the use of technology and information via technology combined with good old fashioned gut instinct and a copper’s nose.

Human interaction, information systems, questioning techniques developed around the information available, probing, confirming, questioning. Interaction with the adversary and being able to detect what is normal and not normal by the evidence present. Conversation and behaviour provides information to make a decision. What is known? Assess the risk and threat from what is known, consider options, what do I need? pursue options take action and review in order to achieve my outcome.

The security industry has come a long way. Unfortunately the stigma of the security person is sometimes seen as the person standing on a barrier. The aviation security industry needs to become a professional and recognised industry and not that of the image of a person seen guarding an entry point. Aviation security personnel provide opportunity and the security check point provides the last chance, the critical point to intercept the adversary. The checkpoint is becoming more advanced in terms of technology employed, the introduction of CT machines and various ETD, however, the passenger, the human element remains the same. The profile of the person employed here should match the risk enabling interdiction with investigation skills.

Developing aviation security along the lines of policing and police training will enable tactical deployment, investigation techniques and joint working and not just at the check point. It is a small investment and will enhance security with a similar approach to policing, because that is what it is doing. Investing in education, staff training and tactics as a recognised profession with a salary and promotion opportunity to match will in the long term create a stable environment and retention of staff.

Tactical awareness and employing tactics through a tactical advisor (TACAD) that is coordinated takes planning, training, time and effort. Varying tactics employed such as behaviour detection, overt and covert operations, joint working that are customer focussing combined with investigation skills, counter terrorism and organised crime awareness linking the technology and information available via technology provides another tactic.

Tactics as above will assist in mitigating the risk and allow for early identification, deny, deter and detect and in doing so, protect, prevent and prepare the environment, building a security culture and a challenge for the adversary.