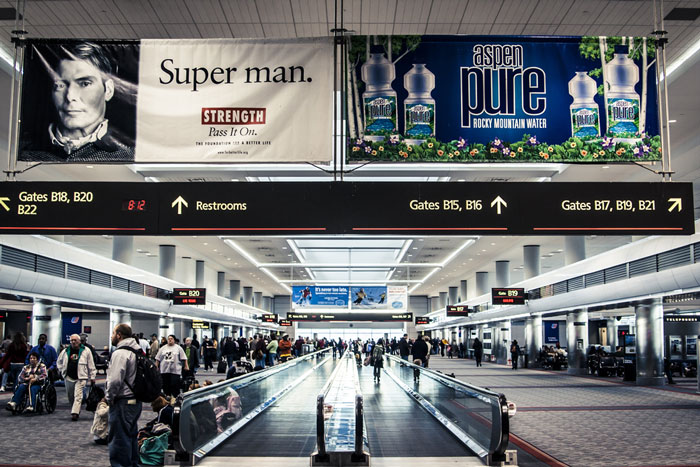 When Stephen Paddock opened fire in Las Vegas on October 1, McCarran International Airport went into lock down. Shots were fired at the airport fuel tanks ‘with intent’. Revellers at the Country Music Festival just below Paddock’s room fled to the terminal for safety.

The incident enforced an already-widespread understanding in the airport industry – that airports are still, regardless of rigorous security screening, vulnerable to attack.

Today airport security expert Captain LaPonda Fitchpatrick and Associate Director of the Center for Disability and Health Policy, June Kailes, joined workers at Denver Airport to call for a ‘community approach’ to emergency preparedness, including ensuring that passenger service workers are fully trained and paid liveable wage. The latter criteria ensuring that experienced workers stay on the job.

“Travellers expect that airlines will keep them safe from the moment they check in to when they land,” said Capt. LaPonda Fitchpatrick, who conceived and implemented multi-agency safety and security measures at LAX after 9-11. “Passenger service personnel are in constant contact with these travellers. They should be an integral part of any emergency response planning.”

“We are the eyes and ears of the 6th busiest airport in the country. We are in and around the entire airport. With the proper training, we could help travelers in an emergency,” said Said Ahmed, a Cabin Cleaner at DEN.

In addition to a lack of training, the survey found that 67 per cent of passenger service workers were only on the job for a year or less. Citing a UC Berkeley report released today that strongly links better wages with higher employee retention and improved airport security, advocates are calling for liveable wages and the freedom to form a union, in addition to training.

“Our research shows that when airport workers are paid higher wages, turnover goes down and work performance improves, leading to a safer and more secure airport,” said Ken Jacobs, Chair of the Labor Center, UC Berkeley.

The tragic events at the Ft. Lauderdale International Airport this year and at LAX in 2013 have exposed a shocking lack of emergency preparedness and served as a wake-up call in cities across the country. A growing chorus of elected officials, security experts and airport workers is implementing solutions:

At LAX and SFO, airport workers, airlines, and contractors worked together to launch ground-breaking programs that gave workers the right to form a union, improved pay, and raised training standards—drastically reducing turnover and improving security.

“There is a lot we can do when the whole workforce has roles detailed in the emergency response playbook, but we need a larger bench,” said June Kailes. “This is not just the right thing to do—it is imperative that we do it. Our health, our safety, and our lives will depend on it.”