Posted: 8 May 2017 | Airports Council International | No comments yet

189 airports across the world now certified at one of the 4 levels of Airport Carbon Accreditation report ACI Europe. 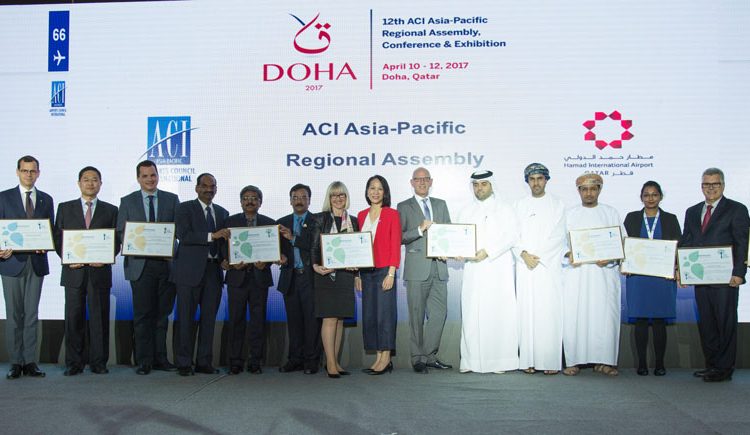 Brussels, Hong Kong, Casablanca, Washington DC, Panama and Montreal: With international airline emissions soon to be subject to the CORSIA° agreement struck at ICAO last year, the global airport industry today issues a reminder of the progress it has been making in addressing its CO2 emissions, through the independent and voluntary global programme, Airport Carbon Accreditation. 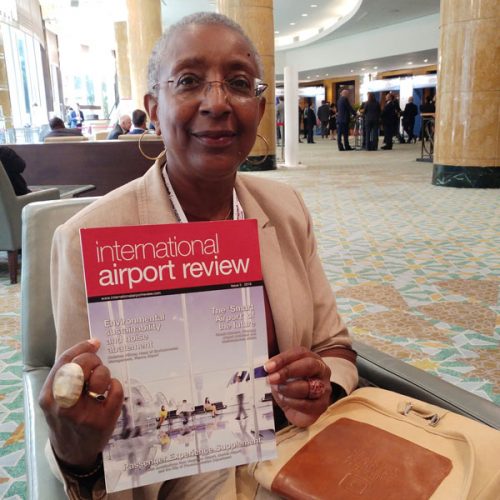 “An impressive 2.5 billion air passengers now travel through airports certified at one of the 4 levels of Airport Carbon Accreditation – a testament to how much the programme has helped mobilise airport operators towards addressing their carbon footprints. Airport Carbon Accreditation is enabling a multi-speed effort now involving 189 airports across the world and it’s inspiring to see the level of innovation and diversity with which ** airports are contributing to the fight against Climate Change.”

“I would particularly like to congratulate Bangalore International and Sunshine Coast on becoming carbon neutral airports. We are also hugely encouraged by the latest accreditations in Africa – this really sends a message to the wider world that carbon management is a valid consideration for every business no matter where they are located.” 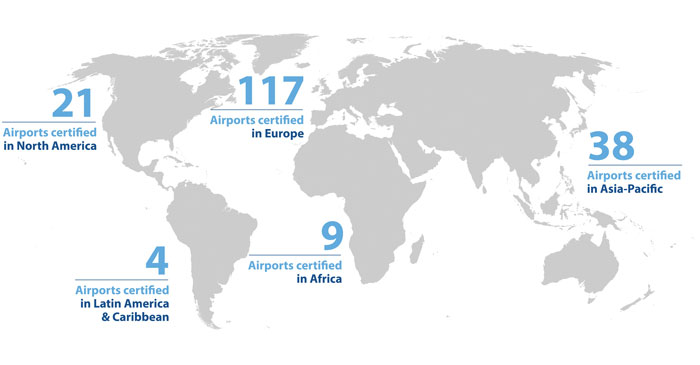 Recent months have seen a significant spike in interest in Africa, where several new airports have come on board, nearly doubling the participation on the African continent. Cape Town International, King Shaka International (Durban), Port Elizabeth International and O.R. Tambo International (Johannesburg) – 4 airports in South Africa have all successfully entered the programme at Level 1 Mapping. This brings the total number of African airports in the programme up to 9.

Sanjay Reddy, Managing Director, Bangalore International Airport said “This is a big moment for our airport. BIAL’s approach to sustainability incorporates understanding and learning from experience, and we have progressively developed capabilities to respond to industry best practices. As one of the early adopters to become Airport Carbon Accredited when the programme first launched in Asia-Pacific 6 years ago, our journey to carbon neutrality has been steadily well-documented as we rose through the 4 levels of Airport Carbon Accreditation. BIAL continues to work in collaboration with its partners within the eco-system to improve and reduce energy, constantly working towards carbon neutrality. We hope our example inspires other airports to be as ambitious in the way they manage their carbon emissions.”

Elsewhere in the Asia-Pacific region, Suvarnabhumi Airport (Bangkok) and Adelaide Parafield and Sydney Airport have both successfully moved up to Level 3 Optimisation.

NORTH AMERICA
It’s been two and a half years since the programme was launched in North America, but already an impressive 21 airports have become certified in this region. These airports currently account for 32.4% of air passenger traffic in North America.

LATIN AMERICA
In addition, the programme has 4 airports in the Latin America and Caribbean region.