One must care about the world one will not see 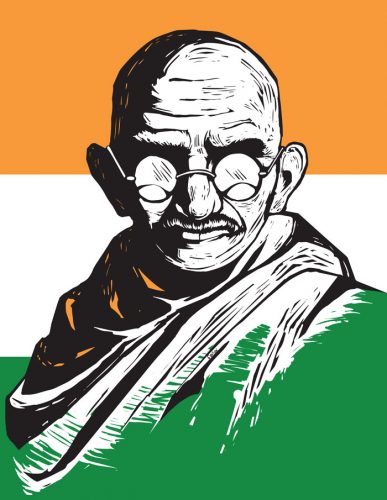 Mahatma Gandhi, regarded as the father of our nation had said that we should act as ‘trustees’ and use natural resources wisely as it is our moral responsibility to ensure that we bequeath to the future generations a healthy planet.

The challenge of climate change calls for extraordinary vision, leadership, compassion and wisdom. Human ingenuity and intellect will also play an important role in addressing this challenge. The cumulative accumulation of greenhouse gases (GHGs) historically since industrial revolution has resulted in the current problem of global warming. This is further compounded by the tepid and inadequate response of the developed countries even after the adoption of the United Nations Framework Convention on Climate Change (UNFCCC) and delineation of obligations and responsibilities. As a result, an ‘emission’ ambition gap has been created calling for enhanced global actions to address it. India, even though not a part of the problem, has been an active and constructive participant in the search for solutions.

Regarding aviation and climate change, in a breakthrough development in late 2013, the International Civil Aviation Organisation (ICAO) agreed to develop a global market based system for aviation emissions in its next Assembly meeting scheduled in 2016 for implementation from 2020 and to establish a CO2 emissions standard. Although the exact nature and implications to airlines of this system are not currently known, it is likely that it will be based on some form of carbon offsetting creating incentives for emissions reduction. Until recently, Indian scheduled airlines flying to European Union (EU) countries, were supposed to be part of the EU’s Emissions Trading Scheme (ETS). Over the years, India took a leadership role in opposing with many other countries (e.g., US, Russia, China) the EU-ETS, refusing to provide data to the EU and supporting the work of ICAO. The ICAO agreement practically put an end to EU’s initiative to include foreign airlines in their ETS. This was further corroborated by EU’s decision in 2014 to restrict the ETS only to intra-European flights. Within this framework, a number of initiatives are also being implemented in the Indian aviation sector.

Aviation sector and its impact on climate change

India represents a growing aviation market with more than 100 airports that during fiscal year 2013/2014 handled around 170 million passengers. The major scheduled passenger airlines operate more than 400 aircrafts. Aviation represents around 1.5% of India’s GDP and supports 9 million jobs, while the country ranks 9th in the global civil aviation market. It is expected that domestic and international passenger traffic will continue to grow at rates of 12% and 8% respectively and that India will become the 3rd largest aviation market in the world by 2020.1 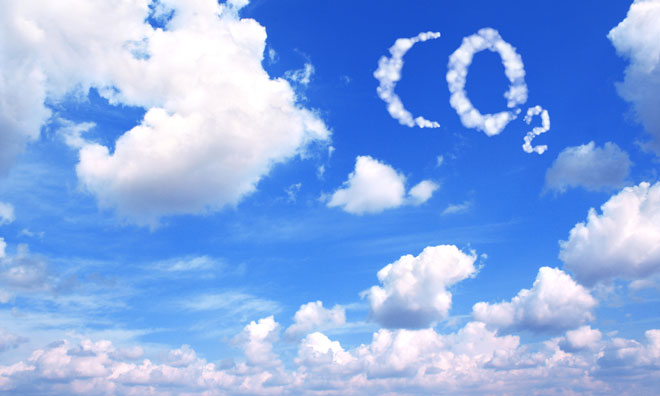 Aviation industry, though a small contributor, is aggressively working to minimise the adverse impact on the environment. India’s aviation industry has also taken proactive initiatives to address this issue. The country’s aviation stakeholders have taken a number of important steps to address their contribution to climate change. Directorate General of Civil Aviation (DGCA) has issued guidelines and Civil Aviation Requirements (CARs) addressing emission issues and creating environmental awareness in this sector. Indian aviation industry has a fleet of modern aircrafts and Indian airports are participating in the prestigious global initiative ‘Airport Carbon Accreditation’ program governed by Airport Council of India (ACI).

Apart from this, Airports Authority of India (AAI) is also working on several projects to improve the air traffic management at airports. The stakeholders have been advised to establish Environment Cell in their organisations and to develop their carbon footprint. Airlines have been advised for retrofitting on existing aircraft, adopting aggressive fuel efficiency methods, exploring the possibility of using biofuels, fixing of winglets & riblets, minimising dead weights on board, improving load factors, adhering to the maintenance schedules, selection of appropriate aircraft on a particular route, improving taxing and parking procedures, etc.

The challenge brought by the legacy of greenhouse gases forces us to reflect upon the interests of future generations. From intergenerational equity point of view, it is our moral responsibility to maintain and sustain the environment on the Earth and an obligation to pass it on to the future generations in reasonable condition. The Precautionary Principle to contain emission at source has been ingrained in environmental laws of India and is being applied very well in Civil Aviation sector.

A Carbon Footprint is an important tool for assessment of an organisation’s GHG emissions and its progress in the subsequent years. It also acts as an important framework tool to understand the various sources of CO2 emissions, gap analysis and formulation of policies for emission reduction. In order to formulate an effective policy to address the challenge of climate change, it is important to identify emission trends and make predictions about its future growth. This is especially important for fast growing industries, such as Indian aviation industry.

DGCA issued guidelines and Civil Aviation Requirements on addressing the use of aircraft power supply, fuel efficiency, single engine taxi and data reporting. One of the most important initiatives is release of Civil Aviation Requirements, 2015 on Climate Change Initiatives and Local Air Quality Monitoring in Civil Aviation. According to this CAR, the airports shall submit fuel and electricity consumption data and airlines shall submit ATF consumption for aircraft main engine and APUs annually. Both airport and airlines were also asked to develop their own carbon footprint management plan. DGCA also undertook the first-ever detailed carbon footprint of Indian aviation for 2011. Furthermore, a number of training sessions and workshops on climate change have been delivered to industry representatives both in India and abroad.

Since airports represent the nodal point of aviation activities such flights, passenger/public access and third party operations, it shall play a key role in establishing guidelines for emission reductions. Airports can contribute to the reduction of aircraft emissions in collaboration with airlines, air traffic control and public authorities. In India, GMR Group and GVK Group are two major players in aviation industry, today. 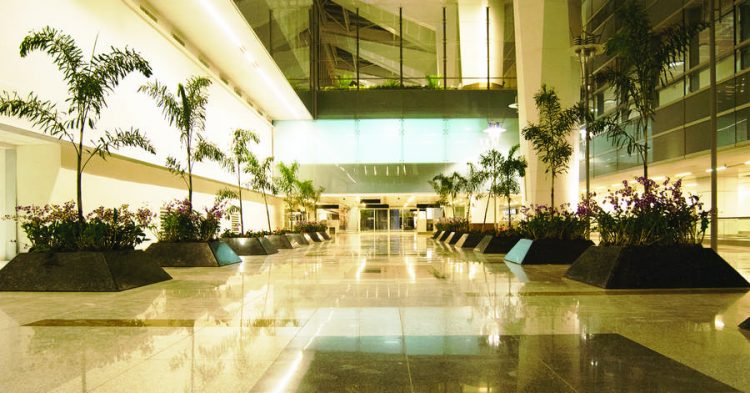 GMR Group being a conscious partner, has been proactive in adopting measures towards GHG emissions. The GMR Group’s , Indira Gandhi International Airport (IGIA), IGIA is one of the founding members of the India Green House Gas Program, an initiative by CII (Confederation of Indian Industries), TERI(The Energy & Resources Institute) and WRI (World Resources Institute), to support organisations to map and reduce greenhouse gases from various sectors.

IGIA is the first in the world to have achieved LEED Gold rating for its green infrastructure. Terminal 3 of IGI Airport is passenger and environmentally responsible airport facilities.

IGI Airport was the first airport in India to achieve Gold rating in the year 2015. Besides it has also received “the best practices award in renewable energy and GHG management” during the year 2015.

Energy efficiency measures implemented in T3 have been registered with UNFCCC as a CDM project. IGI airport is the first airport in the world that achieved CDM registration with UNFCCC. The components of CDM project are :

GMR Group has installed 7.84 MW solar plant at IGI airport and is the first airport in India to have a mega solar plant at airside premises. This measure has been taken to promote renewable energy use and reduce associate emission and support National Climate Change Action Plan.

IGI airport’s EMS is certified as per ISO 14001:2004 since 2009. It is also certified under ISO 14064 for its GHG emission inventory and management. The airport has achieved Level 3 (optimisation of GHG emission) under Carbon Accreditation program managed by Airport Council International (ACI).

IGI airport is the first airport in the world to be certified for Energy Management System (ISO 50001:2011). With adoption of this, the airport is mandated to have all its processes well mapped, regularly reviewed and constantly improved to meet the airport policies. It helps in significant carbon emission reduction from airport function.

FEGP units prevent the use of auxiliary power unit resulting in reduced emissions from fuel combustion and related noise from aircraft APU. Aircrafts on ground require electrical energy for operating their control systems and other internal components. There are 78 stands at T3 equipped with FEGP and PCA units which significantly support in green building initiative at IGI airport.

GMR Group has recognised the contribution that aviation makes to economic, social and cultural development in India and worldwide. They have also recognised the impact of aviation that can have on local communities and the environment. They believe that both aviation and airports can expand sustainably by enhancing economic and social benefits while also respecting environmental limits. They believe that the growth of aviation and avoiding dangerous climate change is not a zero sum game. Both can be achieved through use of technological advanced infrastructures, low carbon fuels and more efficient operations supported by aviation’s participation with stakeholders.

Thus, achieving sustainable airports is key to GMR Group’s vision for their airports to be ‘India’s hub of choice’.