What does the future hold for Vancouver International? Phil Fine investigates 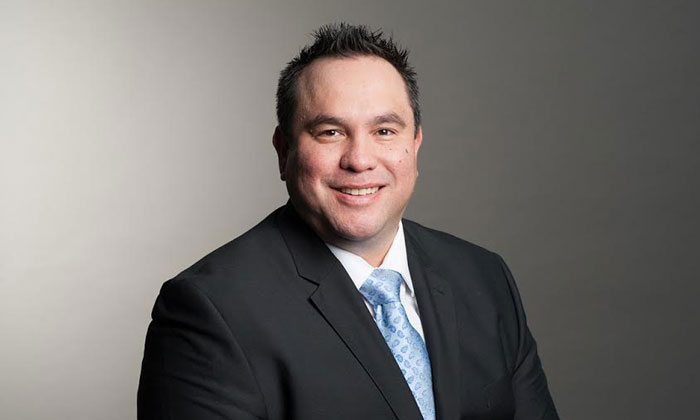 From 2007 to 2014, Carl Jones handled airline business development for Melbourne Airport in Melbourne, Australia. But in 2015, he hopscotched more than 13,000 kilometres to British Columbia, Canada to take charge of air service development at Vancouver Intl. Airport.

One reason: the effort we’re putting in to become a major gateway between Asia and the Americas, the world’s two fastest-growing regions. Our strong numbers also reflect the low rates we charge airlines. Not only have we cut our rates 15 per cent, but we’ve locked them in for five years. So, airlines know they won’t face any increases until the beginning of 2021.

In fact, we now boast the lowest rates of any major Canadian airport, thanks in part to our revenue from non-aeronautical sources: stores, restaurants, parking fees, duty-free shopping, as well as our new opened outlet mall. That mall, now 91 per cent occupied, attracted 30,000 visitors on Black Friday alone last year. Our rates are also lower than those at many airports in the U.S.

It was. Not only did we log two million more passengers than in 2015, but we posted the second-biggest increase in passenger volume – 10 per cent – in our 86-year history.  Indeed, there were times last summer when we handled 85,000 passengers and 100,000 pieces of luggage a day – more than on the last day of the winter Olympics in 2010.

And we had the luxury of being able to plan for that for four years!). In 2016, we also saw traffic to Asia jump by 15 per cent.

It does. Not only are we competing for gateway traffic with Seattle-Tacoma, San Francisco Intl. Airport and with Los Angeles Intl., but we’re going head to head with such heavyweights as Istanbul, Dubai and Abu Dhabi, all of which are vying to become the lynch pin between Asia and the Americas.

What are you doing to fend off your rivals?

We’re working closely with Air Canada to develop Vancouver as the world’s top trans-Pacific hub. Last October, for example, the airline launched daily flights to Delhi, the first non-stop service between the two cities. 2016 also saw Air Canada offer express service to San Jose, Calif. This summer the airline is set to start flying to Taipei and Nagoya, Japan’s third-biggest city. And, in about two months, Air Canada is scheduled to add service to Frankfurt and Gatwick, the U.K.’s second-busiest airport.

We already boast more flights by more China-based carriers than any other airport in Europe and the Americas. That puts us ahead of such major hubs as Heathrow in London, O’Hare in Chicago, Charles de Gaulle in Paris and JFK in New York. It also puts us ahead of Los Angeles Intl. All in all, it’s a big accomplishment for a medium-size city like Vancouver.

But won’t all these new flights necessitate another runway?

No. But given our steady growth, we will need a bigger terminal. The building we have now is running at 88 per cent capacity. That’s why we’ve already looked at 57 possible designs for a bigger terminal. So, over the next two decades, we plan to spend C$5.6 billion expanding our terminal, building new taxiways, while opening more restaurants and lounges. Moreover, we’ll pay for all the work ourselves. The taxpayers won’t be on the hook at all. True, we’ll have to take on some debt. But we’re confident we can manage it. After all, Standard & Poor’s has once again rated our credit AA – the eleventh consecutive year it has done so. In fact, we boast one of the highest credit ratings of any airport in the world.

What other improvements are in the offing?

Upgraded road and bridge connections between Sea Island, where the airport is located, and the city of Vancouver itself. This is key because the biggest challenge for us over the next two decades is likely to be ground access. Still, we’re proud that 20 per cent of the people who come to Vancouver Intl. to travel or to work use rapid transit, while another five per cent ride the bus.

This gives us one of the highest percentages of public transportation use of any airport in Canada. This doesn’t mean we won’t have challenges. We’ll still have to work closely with Vancouver’s transportation planners over the next few years. But we’re confident our capital projects will enable us to handle the 35 million passengers a year who will likely be using the airport by 2037. Of course, any airport is never really “finished.” You constantly have to build to keep up.

Your expansion plans are impressive. But why is Vancouver Intl. so prized by Asian airlines as a North American destination?

For starters, Vancouver is a world-class city, as well as North America’s busiest port. It’s also home to a sizeable Asian population. Not only are there Chinese, Vietnamese and Korean communities, but there are big Filipino and South Asians neighbourhoods. Moreover, the city’s two biggest colleges – the University of British Columbia and Simon Fraser University – have a strong Asian focus.

But one that’s essentially run like a company. Still, because of our model, we’re able to plough all our profits back into the airport itself. And this is likely a main reason we were named the best airport in the world last year by the CAPA Centre for Aviation, an Australian-based provider of independent market intelligence.

What’s the most stimulating time of your day?

Around noon when most of our flights from all over touch down. At that hour, travellers throng our terminal. Seeing all of them pass through in a seamless way is wonderful.

To read some of Phil’s other work, click here.