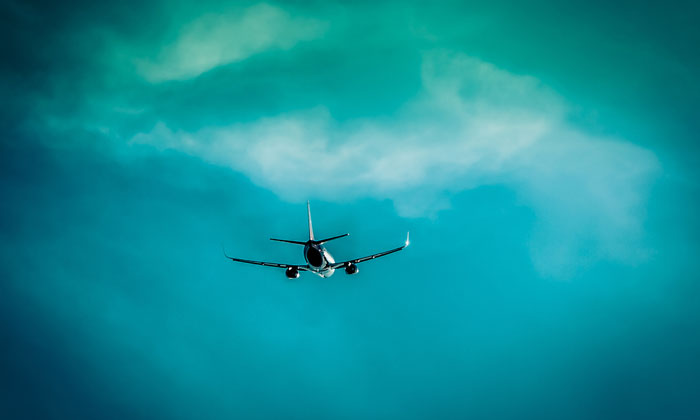 At the AGM of industry trade organisation CANSO, air navigation service providers (ANSPs) from around the world reached an agreement to establish a new sustainability working group. NATS has helped CANSO to develop environmental policies and principles which will focus on various worldwide programmes to promote quieter and cleaner aircraft operations. Examples include continuous descent approaches into airports, opening up dedicated military airspace to civil traffic and developing flexible airway operations where airlines can exploit jet-streams to lower fuel consumption.

In Europe, NATS is unique because it has a resource dedicated wholly to sustainable issues. In recent months we have seen the debate over climate change and carbon emissions intensify. Aviation has been identified as the fastest-growing source (albeit from a very low base) of carbon emissions, and is seen by the environmental lobby as an activity which must be curbed, either through cuts in airport capacity, huge fuel taxes, or personal carbon credits. This strategy has been warmly embraced by the small but vocal groups of people who live near airports and dislike the noise, congestion, and impact on local air quality associated with aviation, and are particularly worried by the expansion plans outlined in the Government’s 2003 White Paper ‘The Future of Air Transport’.

It is against this background of significant environmental challenges that in 2004 the industry, responding to the promptings of the government, but also mindful of its own obligations towards sustainable development, sat down to create the world’s first cross-sector sustainable aviation strategy. Launched in June 2005, Sustainable Aviation marked a watershed in the response of the aviation industry to the environmental challenge, both in the UK and internationally. Never before had so many disparate companies and organisations agreed a sustainable development strategy with so many commitments and such far-reaching goals.

The strategy is split into eight sections – Communications, Climate Change, Noise, Local Air Quality, Surface Access, Natural Resources, Economic and Social. Each of these sections has at least one overarching goal, broadly explaining what the signatories are attempting to achieve over the 15-25 year lifetime of the strategy.

Connected to each goal are a number of commitments, the practical steps that will be needed in order to reach the goal. There are 34 commitments in total, some of which are specific to a particular aviation sector and others that will be delivered jointly through the UK aviation Trade Associations (Airport Operators Association, British Air Transport Association, and the Society of British Aerospace Companies) and NATS, the leading air navigation service provider. In addition, the Government have played a key role in monitoring development of the strategy, so much so that Tony Blair himself wrote the foreword to the document.

Airline and Airport signatories have agreed to help promote aviation’s incorporation into the EU emissions trading scheme, from 2008 if possible. As an industry, we believe that Emissions Trading is a more effective instrument than tax in helping to reduce emissions in the whole economy. The British government is also committed to working for aviation’s inclusion in the scheme, and one of the aims of its recent presidency of the EU was to push it up the agenda. A legislative proposal is expected at the end of this year.

Signatories have also committed to pursuing the ACARE targets for aircraft improvements. These include a reduction in CO2 of 50 per cent, a reduction in noise of 50 per cent, and reductions of NOx by 80 per cent. These figures are for aircraft entering service in 2020 compared with their equivalents in 2000, and include operational and air traffic management improvements. These improvements cannot be delivered by the UK industry alone, but as the largest European aviation manufacturing sector, the UK is in a position to take the lead in reaching them.

The next step is to take the strategy forward and continue the process of delivery. Central to this is the biennial update of the strategy, in which all the commitments will be reviewed and their progress judged. Some commitments, like the ACARE goals, are long term and will require monitoring. Others, like the fuel efficiency reporting, will be in place almost immediately. The first published update of the strategy will be towards the end of 2006.

Ultimately, the success of Sustainable Aviation will depend on two factors: the number of aviation companies that commit to the strategy; and whether the strategy itself is regarded by government and independent commentators to be a serious attempt to address sustainability issues. We are well on the way to fulfilling the first part of that criteria. Companies as diverse as Airbus UK, Rolls Royce, BAA, British Airways, Easyjet and Manchester Airports Group have signed the strategy. Clearly, the second measure of success can only be judged over time.

What is certain is that the pressure for aviation to play a much more prominent role in reducing its environmental impact is going to increase. But it is vital to acknowledge the difference between domestic and international aviation. The effects of international aviation can only be tackled internationally. Any attempt to impose unilateral measures in the UK would simply drive air travel elsewhere. Were that to happen, the benefits to the environment would be infinitesimally small, but the damage to the UK economy would be enormous. Domestically, singling out aviation for tough measures seems strange when one considers that rail produces twice as much CO2 as air, and road transport produces more CO2 in a week than aviation does in a whole year.

Some policy measures can help. For example, airport operators are not opposed to rail substitution where appropriate, as long as the levels of rail subsidy are sensible.

But we must be careful that rail substitution remains directed by the free market and does not become the vanity project of politicians with their eyes on easy headlines rather than on economic realities. The cost of building a new highspeed link to Scotland would be at least £30bn. By contrast, the cost of a new runway in the South East to provide for regional air links would be between £1-4bn. Nor is increased rail activity an environmental panacea. A recent study by Roger Kemp of Lancaster University calculated that on a perseat basis a 200km/h train creates no less CO2 than a modern car, and even more astonishingly, on a per-seat basis a 350km/h train uses the same amount of energy as the latest aircraft over a 600km sector. It is also important to note that if all the passengers flying from London to the English regions were transferred to rail, then it would only reduce activity at London airports by 3 per cent.

And let us not forget that the transport industry brings enormous economic benefits to the UK. Last year the Airport Operators Association published a report looking at the social and economic impact of airports. Our figures show that airports support 576,000 jobs in the UK, and contribute more than £22bn p.a. to the economy. That is more than the economy of Northern Ireland, and these figures do not include the wider catalytic effects of air transport links in driving economic development. The modern, knowledge-driven economy, anchored in a globalised economic system, relies more than ever on transport links. As a trading nation, Britain has prospered on the back of its connectivity to the rest of the world and we cannot afford to be left behind, either by the rapidly expanding airports on the continent, or the economies of the Far East.

UK aviation is unapologetic about the benefits of travel. We are working very hard domestically and internationally to make environmental improvements. We want to work closely with our rail colleagues to reduce congestion around airports and facilitate modal shift where appropriate, but we must not lose sight of the fact that domestic aviation accounts for only 0.5 per cent of UK emissions. Unilateral imposition of caps on flights or draconian taxes would not only be environmentally irrelevant, but also hugely damaging to our economy. More worryingly, it would amount to a policy of reversing 50 years of progress in bringing international travel to millions and illuminating the darkest corners of the earth; only the aeroplane can do this on a global scale.We have many challenges ahead, but for the good of us all, the best answer is in overcoming the challenge, not retreating from it.