Helen Hilkja, Quality and Environment Managing Specialist at Tallinn Airport spoke to International Airport Review about the exciting sustainability plans the airport has begun under the ACI Airport Carbon Accreditation programme, to reduce carbon emissions across Tallinn Airport by 2030. 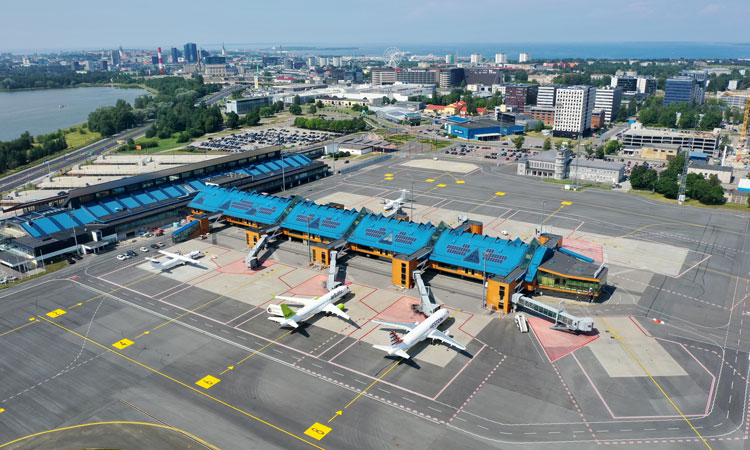 With increasing efforts to maintain environmental protection and sustainable operations throughout the aviation sector and tourism, and to govern climate change, 91 airports across the EU have announced their plans to achieve carbon neutrality by the year 2030. Among these airports, Tallinn Airport (TLL) in Estonia is determined to achieve this target.

Causes of an airport’s carbon footprint

During 2020, Tallinn Airport generated 14,285 tonnes of carbon dioxide emissions, of which 77 per cent accounted for electricity consumption. Furthermore, the infrastructure of an airport, including the runway with lighting and the building on site, continuously consumes energy – generating a significant carbon footprint. Across all sectors of the economy, climate change and the growing green revolution is as imperative as ever, therefore it is important that the aviation sector also sources ways to be more sustainable. The recently announced net zero 2050 target welcomes many airports in the EU who have committed themselves to this goal. However, 91 airports, including Tallinn Airport, have pledged to do so by 2030.

Tallinn Airport is a member of ACI Europe and enrolled in the Airport Carbon Accreditation (ACA) programme, which provides guidance to encourage airports to assess their efforts in managing and reducing their carbon footprint. Since joining the ACA programme, Tallinn Airport has revised ways in which it can begin its carbon neutral journey to reach the end goal.

At Tallinn Airport, in order to become a carbon neutral airport, it must keep its energy consumption as low as possible, as well as have the ability to be self-sufficient when generating energy. For many years, the airport has been mapping carbon data, therefore the first changes have been introduced with several successful pilot projects already completed.

The airport has equipped its runways with LED lights and improvements to the lighting of the rest of the infrastructure is also in the works. Another environmentally friendly adaptation at Tallinn is the use of an electric tow truck, which can move aircraft weighing up to 35 tonnes. Furthermore, the airport has introduced a new electric GPU, an electric generator that supplies electricity to planes with inactive engines. Renewal of the machinery fleet will certainly continue to be one of the airport’s priorities, and more environmentally friendly, as well as the introduction of CO2 neutral machines.

In response to the global cooperation to reduce pollution from aircrafts, new and more sustainable fuel types and technologies are currently in development such as electric and hydrogen-based aircrafts. These new airplanes will be trialled in Estonia with aims to contribute to the future of aviation.

Airports can take advantage of the vast amounts of open ground within their plots, and Tallinn Airport is doing so with the installation of solar panels in these areas, naturally providing they don’t  impact flight safety. As of 2021, there are 100KW of solar parks at the airport, and a further 1,000KW will be added this year. Tallinn Airport aims to construct solar parks up to 5MW by 2024. Other regional airports that have included solar parks include Tartu Kuressaare and Kärdla, with 50KW parks and a 100KW solar park in Pärnu.

Furthermore, the issue of environmental sustainability has also been brought to the forefront for Tallinn Airport’s passengers. The inclusion of customer sustainability awareness has begun in areas such as recycling and waste management. A new drinking water vending machine has been installed in a closed area, where everyone can fill their water bottles. Therefore, passengers can pass the security check with an empty bottle and fill it with clean tap water before boarding the aircraft. This enables passengers to not have to buy another plastic water bottle. Moreover, the airport has also organised waste management in the terminal so that all waste can be collected separately. Raising the environmental awareness of our passengers is also a key goal for Tallinn Airport, and this element will be taken into account in the further development of the terminal.