Bill Fullerton, Chief Technical Officer of Fraport Greece, speaks to International Airport Review about the challenges that the operator faced when undertaking a hugely ambitious project of renovating and expanding 14 regional airports in Greece in less than four years. 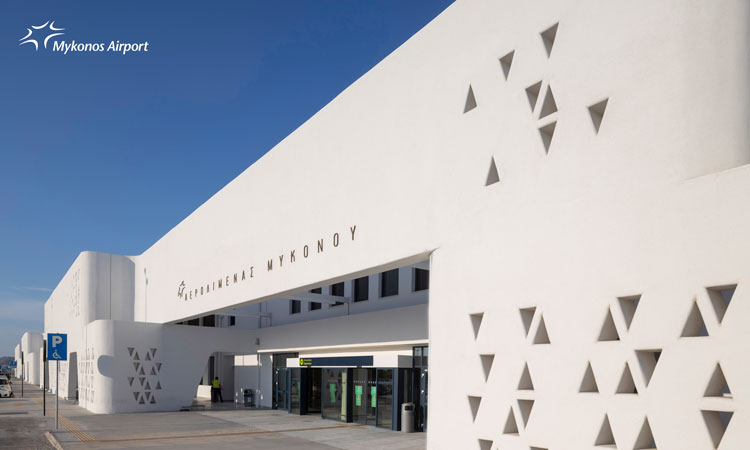 Renovation and expansion of 14 regional airports across the Greek territory, while under full operation, serving over 30 million passengers per annum? Including planning, design, tender, permitting, construction and commissioning? In less than 48 months?

Even without considering the logistical challenges of heavy construction in our idyllic Aegean islands and picturesque mainland locations, the uncertain conditions of the airport facilities received on commencement date and the impact of an unprecedented global pandemic, this would seem like ‘mission impossible’. Yet, less than 45 months after the concession commencement date on 11 April 2017, Fraport Greece completed its €440 million infrastructure makeover, receiving the final completion certificate in January 2021 for Santorini Airport (JTR), the last of 14 airports to undergo a complete transformation.

Renovation and expansion of 14 regional airports across the Greek territory, while under full operation, serving over 30 million passengers per annum? Including planning, design, tender, permitting, construction and commissioning? In less than 48 months?

Even without considering the logistical challenges of heavy construction in our idyllic Aegean islands and picturesque mainland locations, the uncertain conditions of the airport facilities received on commencement date and the impact of an unprecedented global pandemic, this would seem like ‘mission impossible’. Yet, less than 45 months after the concession commencement date on 11 April 2017, Fraport Greece completed its €440 million infrastructure makeover, receiving the final completion certificate in January 2021 for Santorini Airport (JTR), the last of 14 airports to undergo a complete transformation.

The scope of this transformation includes 19 passenger and cargo terminals – either newly built, expanded or renovated – and 15 runways and associated manoeuvre areas to be refurbished in accordance with European Union Aviation Safety Agency (EASA)/International Civil Aviation Organization (ICAO) requirements. Ten new fire stations have been constructed and outfitted with new firefighting vehicles. The scope also included the completion of numerous ancillary facilities, such as new guardhouses, renovated air traffic control (ATC) towers, expanded wastewater treatment facilities, new perimeter fencing, new mechanical buildings and similar structures. Finally, hundreds of commercial installations have been fitted out in the passenger terminals by our airport concessionaires, including iconic brands, which made their first appearance in Greece at our airports.

Preparations for the capital expenditure (CAPEX) programme began in 2016, with the simultaneous launch of the master planning process, environmental approvals, tender design and contractor discussion/negotiations. While these activities would normally have been done sequentially, such an approach would have doomed the schedule from the outset. Instead, these major activities were slightly staggered, and a robust change management programme implemented so that the final products would be compatible.

Looking ahead to the future

The master plans were based on 2015 traffic projections, with a 20-year outlook. The terminal and apron expansions were designed to accommodate a high level of service for the forecasted peak hour traffic in 2026. All new departures and arrivals systems were installed to meet this expected traffic, including advanced check-in equipment, in-line hold-baggage screening systems and ‘smart’ building technologies to support efficient, safe, secure and environmentally friendly operations.

On the airside, all aircraft parking aprons were converted to push-back operations, with upgraded LED illumination and new markings and signage consistent with EASA and ICAO standards. Where necessary, aprons were expanded in order to meet the expected future traffic, including projected changes in the expected aircraft fleet mix.

Going for the quick wins

Construction began shortly after Fraport Greece assumed operational control of the airports in April 2017. With only a few weeks until the Orthodox Easter vacation would draw thousands of travellers through the airports, Fraport Greece undertook a ‘quick wins’ programme in order to immediately improve the look, feel and operational efficiency of the airports. This effort included a wide range of tasks, from simple exterior painting to the installation of pop-up stores for passenger convenience. Dozens of HVAC split units were also temporarily installed in the terminals to improve air conditioning until permanent equipment could be installed during the follow-on phases.

The refurbishment works consisted of approximately 800 small projects of various types, based on a detailed facility condition assessment conducted by the Independent Engineer in 2017. All refurbishment projects needed to be completed in 2018, in accordance with the concession requirements. Fraport Greece, with Intrakat S.A. as its main contractor and Redex S.A. in the role of Facility Manager, were able to complete the programme in August 2018.

Construction for the expansion of the terminal, landside and airside facilities – the new/expansion works – also began at all airports in 2017. From the beginning, Intrakat S.A. encountered significant challenges which had to be overcome to keep the project moving forward according to schedule and within budget. Some of the more significant tests included: 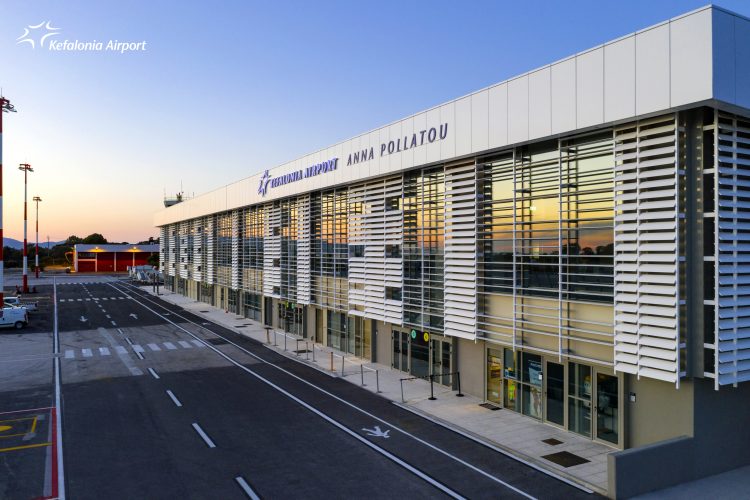 The arrival of COVID-19

Of course, it was not enough to overcome these challenges already inherent in the project. Just as the CAPEX programme was entering its final year, the COVID-19 pandemic arrived, bringing with it extremely restrictive requirements for construction labour and even temporary site closures. As the pandemic grew in scale, other problems emerged, including disruption of regional and global supply chains and restrictions limiting travel by international experts involved in the execution of the works. Systematically, Fraport Greece and Intrakat found ways to work around each of these limitations and keep the project moving forward.

In parallel, Fraport Greece developed and executed programmes to bring the airports into compliance with EASA standards, remove or otherwise remediate pre-existing contamination at the sites and re-establish operating permits across a wide range of technical activities (waste management, fire prevention, electrical safety, etc.). Indeed, these four years have been busy ones for our 14 airport sites and headquarters locations in Athens and Thessaloniki!

Today, we can be justly proud of the transformation of the Greek regional airports. With the initial works programme complete, what is next? Fraport Greece will have the immediate challenges of closing contractual responsibilities, absorbing the entire new infrastructure and operating and maintaining the newly delivered airports in a safe and efficient manner, always with a high level of service. Come visit us, we are waiting! 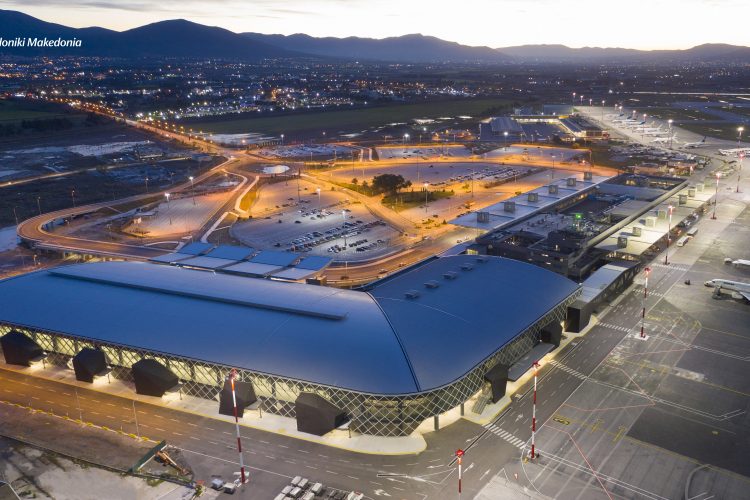 As Chief Technical Officer, Bill Fullerton leads a skilled team of engineers and technicians supporting the development of the 14 regional airports under concession to Fraport Greece.
He has over 30 years of leadership experience in the field of transportation projects, including roads and bridges, rail and transit, seaports and airports. His airport work includes previous assignments with Fraport affiliates in Peru and Russia. Fullerton was COO of Lima Airport Partners, responsible for operations and development of the Jorge Chavez International Airport, a regional hub in Latin America and winner of multiple industry awards.
He has contributed to the aviation industry as an author, an ICAO and AMPAP instructor and a leader in organisations related to airport development worldwide. He is a licensed Professional Engineer, an International Airport Professional and a Fellow with the American Society of Civil Engineers. Fullerton holds a PhD in Political Science and a Masters in Civil Engineering from the University of Florida. 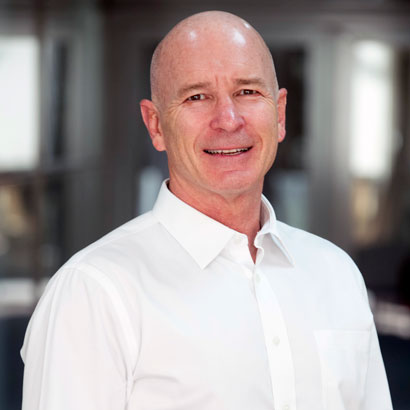