The New SLC Airport will secure the area’s position as a global aviation hub, whilst benefiting passengers, the economy and the environment. 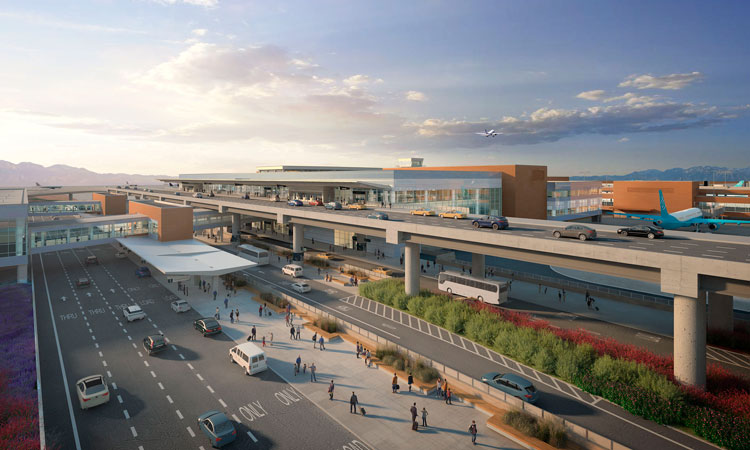 Salt Lake City (SLC) is building what will be the first new hub airport in the United States in the 21st century. Not a remodel or an expansion, but an entirely new airport – with a new parking garage, new terminal and two new concourses.

As with many airports, up until about March 2020, SLC was experiencing tremendous passenger growth and operating in facilities that were over utilised and well past their prime. The history of SLC International Airport goes back to 1961, when Terminal 1 first opened. Over the years, the airport added Terminal 2, additional concourses and an International Terminal. The newest building was the International Terminal, but this was constructed more than 20 years ago.

SLC facilities were originally built to accommodate 10 million passengers. Prior to the pandemic, SLC was seeing upwards of 26 million passengers each year, averaging 380 flights to nearly 100 destinations daily. As a thriving hub for Delta Air Lines, non-stop flights to European destinations – including Amsterdam, London and Paris – were included in the international mix.

Prior to the pandemic, passengers experienced congestion at SLC daily at almost every touchpoint, whether it was kerbside, in the parking garage, when trying to find a seat in the gate hold area or in a restaurant. Plus, the lack of available gates limited new air services for SLC. 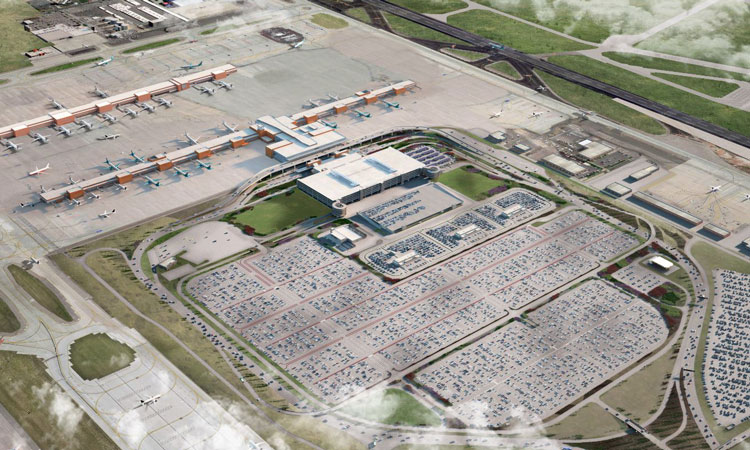 The timeline behind constructing a new airport

In the late 1990s, SLC decided the time was right to build a new airport, to offer passengers a better customer experience, as well as meet current seismic standards, and provide a more sustainable airport. The project was initially delayed due to events of 9/11 and the great recession, which allowed the airport to plan and save money for the construction. In the summer of 2014, ground was broken and construction began.

Come 15 September 2020, the first phase of The New SLC Redevelopment Project will open with a new parking garage with double the capacity, one central terminal with 16 security lanes and the west end of Concourse A. Six weeks later, the west end of Concourse B will open to passenger traffic. Once the first phase opens, the process to build the second phase begins with the demolition of all of the existing airport facilities, which allows construction to the east to commence. Come 2024, the entire project will be complete and passengers will be travelling through an entirely new, modern airport.

The New SLC Airport will benefit passengers and the environment

The advantages of building an entirely new airport is that the architects can design for the future. The New SLC Airport will be more efficient and more sustainable in a number of ways. The new concourses are designed in a parallel configuration – compared to the current pier design – which will eliminate aircraft bottlenecks and idling, so airlines can get their planes to the gate and back in the air faster.

SLC is also building the new facilities with LEED Gold Certification from the U.S. Green Building Council in mind. The airport plans to achieve this through a variety of ways, such as converting all airline ground service equipment to electric by the opening day. Plus, the use of natural light will also help to achieve the airport’s energy goals.

Some of the ways The New SLC will be more sustainable include the use of water-efficient plumbing fixtures; diverting more than 95 per cent of construction waste from the landfill; efficient design to reduce taxi times and aircraft idling while waiting for a gate; conversion by airlines to electric ground support equipment on opening day, reducing 8,000 metric tonnes of greenhouse gases annually; installation of more electric vehicle charging stations for employees and passengers; and use of natural light through more windows, which is not only environmentally friendly, but provides welcome views for passengers.

The New SLC Airport will have many new features, including more places to plug-in electronic devices and wider luggage belts to accommodate bike boxes, skis and snowboards, and golf clubs.

One unique feature of The New SLC that typically isn’t found in most airports is known as the Greeting Room. Those who have arrived at Salt Lake City may have experienced the unique phenomenon first-hand. Friends and family members come to greet returning missionaries for the Church of Jesus Christ of Latter-day Saints. The Church sends young men and women around the world on missions. It’s not unusual to see large gatherings at the luggage carousels with crowds holding signs welcoming back their loved ones. This also presents a challenge to passengers attempting to get their luggage. In the new terminal, the Greeting Room will be a place where everyone who is waiting for passengers to arrive – whether they be military personnel, missionaries or a winning sports team – can relax in a comfortable setting. 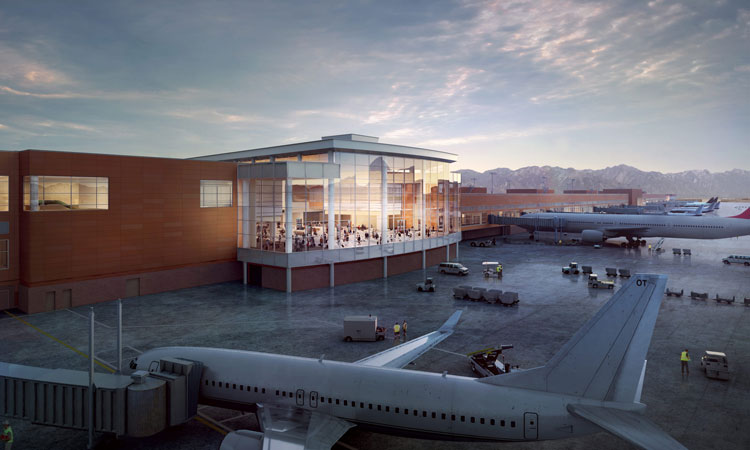 But beyond the brick and mortar, the new airport has been designed to leave a lasting impression on travellers. Art and other elements will provide a sense of place through the use of sandstone, copper colours and native plants. The design incorporates plenty of windows to provide views of the mountains from many vantage points throughout the airport, including from an outdoor deck from Delta’s Sky Club.

Passengers will be wowed by massive art installations, such as The Canyon, which is integrated in the spine of the airport terminal. The Canyon evokes the Salt Lake City landscape and spans roughly the size of a football field. The Falls is a 65ft sculpture of dichroic glass that hangs from ceiling to floor reflecting colours of the rainbow.

An expanded concessions programme with 29 retail stores is planned and includes a mix of local, regional and national brands, including new brands such as Coach, Frye and Mac. The restaurant programme is just as impressive with a wide array of food and beverage options to choose from; from American to Asian to Italian to Mexican. The first phase of The New SLC restaurant programme will include 23 concepts that include well-known national options, plus a number of home-grown eateries that are local favourites.

“Our passengers are hungry for a variety of food and beverage options,” said Bill Wyatt, Executive Director, Salt Lake City Department of Airports. “Today’s traveller expects airports to provide a quality selection of restaurants with affordable pricing. Whether its casual fare or fine dining they will find it at The New SLC Airport.”

All concessions will charge street pricing, which is a move that has been well received amongst the travelling public. This means passengers will pay the same price charged at locations off-site of the airport.

The cost of becoming a global aviation hub

The price tag for The New SLC Airport is $4.1 billion and includes no local taxpayer dollars. For years, SLC was the only large-size, hub airport in the country to be debt free. The foresight of those planning this project allowed the project to begin building with savings: It will all pay off in the end. A recent economic impact study showed the project is contributing approximately $5.5 billion to the local economy.

SLC is currently one of the nation’s most cost-effective airports for airline operations and plans to maintain one of the lowest CPE’s in the country for a hub operation.

The New SLC Airport will secure the area’s position as a global aviation hub that will serve and grow with the region for decades to come.