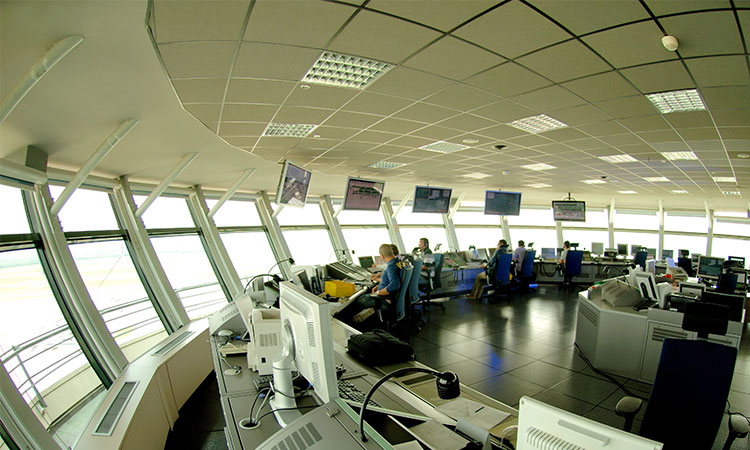 Cutting-edge solutions, complying with increasingly stringent measures in terms of safety and security, are able to be integrated in order to make human resources, infrastructure, platforms, systems, data and space capabilities interact with each other in a single ‘enlarged’ network.

Today, the ATM sector can rely on solutions such as LeadInSky – a state-of-the-art system which complies with SESAR for en-route and surface air traffic control. With modular, scalable architecture and ‘secure by design’, LeadInSky will integrate near-future technologies for remotisation and virtualisation of such a system and allow the management of services through commonly-used devices, with cost savings, shorter maintenance times and a positive return in terms of environmental sustainability.

The system is at the centre of profound evolutions, which run on two parallel tracks: One aimed at achieving high levels of virtualisation, the other at strengthening the software infrastructure to be secure and more reliable.

The latter is confirmed as a key feature of LeadInSky, as underlined by the official data of EUROCONTROL: In the last three years, all air navigation service providers that have used LeadInSky in Europe achieved the best performances, minimising the average delays per flight on air traffic control (ATC) routes.

In the evolution of airports and ATM, there is a growing use of artificial intelligence (AI). Leonardo has not only set-up a dedicated laboratory for its development, but is also working to implement AI in its new solution, named SmartView® – a remote tower for Airport 4.0.

The solution is intended to support air traffic control officers with safety and security operations and will also allow for a reduced workload and support the increase of traffic in the next decade.

In detail, it will be used in two areas. Firstly, airport vehicle behaviour analysis, with the aim of recognising and identifying the vehicles operating around aircraft detecting the actual status of the flight (i.e. refuelling, boarding phase) according with the airport’s turnaround process triggering each of the A-CDM milestones, including its duration and supporting the airport stakeholder in certifying the A-CDM milestone without misalignment. Secondly, in the aircraft, with detailed classification and recognition, supporting the SmartView® product in small airports which have no surveillance information and are using SMR or ADS-B systems that are available and, therefore, provide no link between flight plans and tracks. This provides airports with the correlation functionality in high visibility conditions, without the support of a traditional surveillance system.

Leonardo, a leader in ATM for 60 years, has installed over 300 air traffic control centres worldwide, more than 80 ATC advanced training simulators, over 700 radars, more than 2,000 operator stations and 1,000 navigation systems. The company also has 400 weather radars in over 80 countries and more than 40 automatic meteorological observation systems. Its communication systems are present in over 600 airports worldwide.