London City Airport has become the first airport in the UK to adopt both the London Living Wage and the Mayor of London’s Good Work Standard to support local workers. 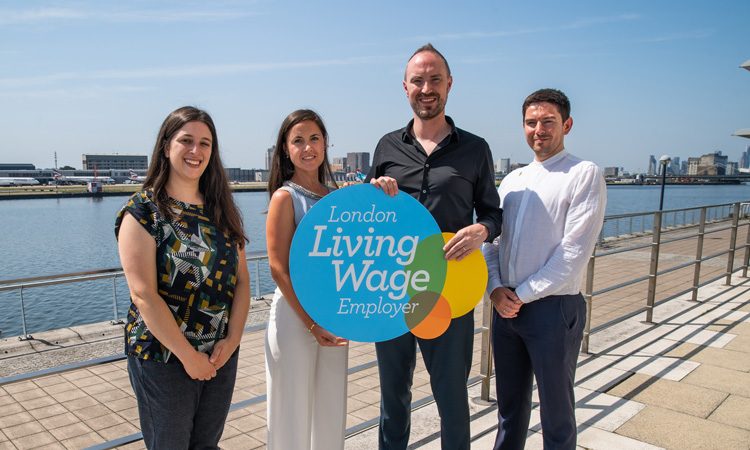 London City Airport has met its commitments to roll out the London Living Wage from July 2019 to key direct suppliers, following Living Wage accreditation in March 2019, and is an early adopter of the Mayor of London’s Good Work Standard, becoming the first UK airport to achieve both milestones.

This means that direct contractors now receive the London Living Wage – a fair and decent wage to reflect London living costs. The airport already provides all of its 650 directly employed staff in excess of the London Living Wage. Going forward, around 100 additional staff at the airport will receive a minimum hourly wage of £10.55 including staff at security services provider, Mitie; contracted cleaners, GSF Cleaning Service; and car parking operator, Empark.

The Living Wage accreditation forms part of the criteria for the Mayor of London’s Good Work Standard, which the airport has already received. The Good Work Standard is an initiative to recognise businesses which have exemplary standards and work practices, with criteria including fair pay and conditions, wellbeing, skills and progression, and diversity and recruitment.

Michael Spiers, Chief People Officer at London City Airport, said: “We want to champion the London Living Wage across the East London business community, and by becoming the first UK airport to include key direct suppliers and contractors, we’re ensuring more of our staff, many of whom reside locally, receive a sustainable and decent living.

“Combined with the Mayor of London’s Good Work Standard, it demonstrates the airport’s efforts to be a sustainable, inclusive, and community-focused business.”

Katherine Chapman, Director of the Living Wage Foundation, said: “It is fantastic to see London City Airport leading the way in becoming both an accredited Living Wage employer and one of the first London based organisations to adopt the Mayor of London’s Good Work Standard.

“London City Airport are a beacon within the industry and local area, and have already made a huge impact to workers’ lives through their support of the Living Wage. We look forward to seeing more organisations within Newham doing the right thing and signing up as Living Wage employers.”

The roll-out is part of a continued effort by London City Airport, one of Newham’s largest private employers, to contribute meaningfully to its local communities. Around 64 per cent of the airport’s workforce live within five miles of the airport from its location in the heart of London’s Royal Docks.