London City Airport follows in the steps of Heathrow Airport by becoming a London Living Wage accredited employer, ensuring all employees are paid a minimum hourly wage of £10.55. 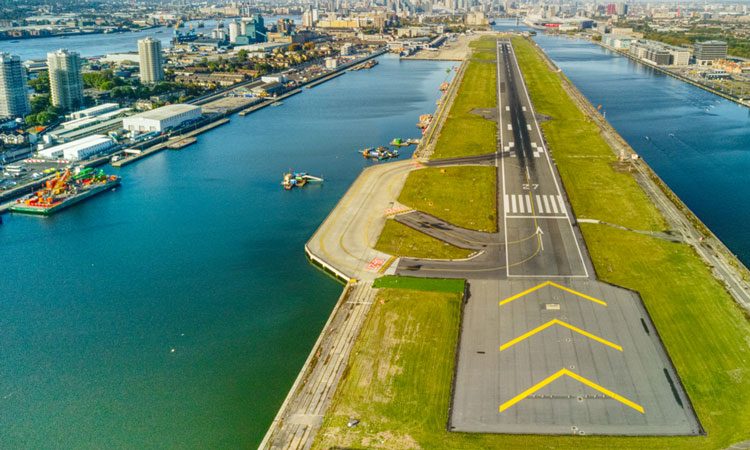 The commitment means that around 100 additional staff at the airport working for companies like security services provider, Mitie, and contracted cleaners, GSF Cleaning Service, will, from summer 2019, receive a minimum hourly wage of £10.55.

Going forward the airport will also advocate the London Living Wage to the other on-site businesses and its supply chain – new and existing – creating a Living Wage Forum to do this and factoring it into new contract negotiations. The airport has already ensured that no one working on its campus is on a so-called ‘zero-hours’ contract.

The roll-out is part of a continued effort by London City Airport, one of Newham’s largest employers, to contribute meaningfully to its local communities. 64 per cent of the airport’s workforce live within five miles of the airport from its location in the heart of London’s Royal Docks.

Substantial progress has been made across London, most recently with the City of London Corporation campaigning to encourage more financial and professional services to sign up. In the airport’s home borough of Newham there are 13 other companies out of more than 1,000 businesses accredited as London Living Wage employers. The Mayor of Newham wrote to businesses in December 2018 to encourage more employers to pay the London Living Wage.

Mayor of Newham, Rokhsana Fiaz, said: “I congratulate London City Airport on their London Living Wage accreditation.The London Living Wage is aimed at paying workers a fair wage to give the poorest in our society a chance to earn a proper and decent living. Continuing to offer low pay in both the public and private sectors is damaging to our residents. All Newham employers should be encouraged to pay their workers at least or above the rate. The London Living Wage contributes to the Community Wealth Building agenda that this administration is committed to.”

Michael Spiers, Chief People Officer at London City Airport, said: “These commitments by London City Airport to the London Living Wage offer clear substance to our values as a business, to be more inclusive and serve the communities that surround us. We believe that everyone should be entitled to a sustainable and decent living and it’s an important issue not just for the staff that will benefit but right across our campus. We’re grateful in particular to Newham Citizens and St Antony’s R C Primary School in Newham who articulated the importance of it for young jobseekers and the future generation of our workforce. London City Airport will be a champion for the London Living Wage across the East London business community as well as our current and potential supply chain as we take forward our £500 million transformation of the airport.”

Katherine Chapman, Living Wage Foundation Director, said: “We’re delighted to see London City Airport sign up as a real Living Wage employer. It joins over 5,000 responsible businesses that have recognised that a hard day’s work deserves a fair day’s pay. The decision shows London City Airport’s commitment to the wider community. We look forward to seeing many more organisations within Newham and beyond sign up to pay a real Living Wage that covers the cost of living.”

There are over 5,000 Living Wage employers in the UK, and it is the only wage rate based on what people need to live, calculated using the cost of a basket of household goods and services, with an additional London weighting.

London City Airport is grateful to Heathrow Airport, which has itself set out a roadmap to ensure its direct and existing suppliers also guarantee employees the Living Wage by the end of 2020, for their assistance and insight during our London Living Wage accreditation process.

In addition to the Living Wage accreditation, the airport is taking forward its new “Inclusive London” Corporate Responsibility agenda and shortly will launch its £75,000 London City Airport Community Fund, which will enable eligible local charitable organisations and groups to apply for grants ranging from £500-£3,000.