Despite passenger growth of 2.5 per cent, cargo at Hong Kong International Airport recorded a 6.7 per cent decrease for the first half of 2019. 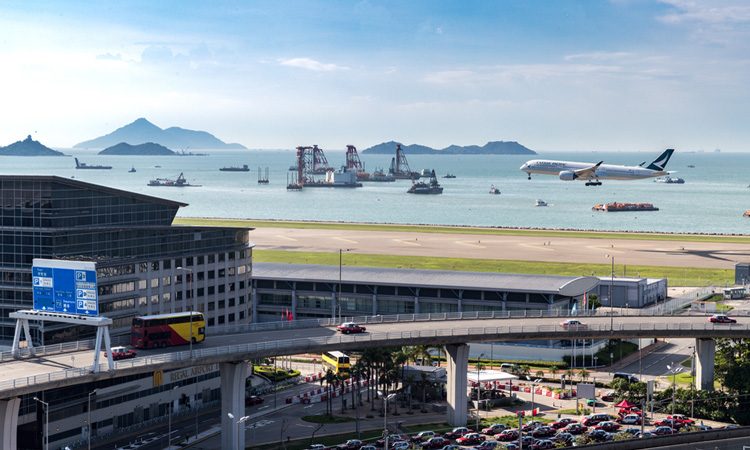 Hong Kong International Airport (HKIA) has reported steady growth in passenger traffic and flight movements in the first half of 2019.

In the first half of 2019, passenger traffic was driven by strong growth in transfer/transit traffic. Weak demand in all three cargo categories – imports, exports and transshipments – was observed during the period, amid the uncertain global economic situation.

In June, passenger traffic increased to 6.3 million, representing year-on-year growth of 2.1 per cent. Flight movements recorded a slight drop of 0.1 per cent to 35,295, while cargo throughput declined 8.6 per cent to 387,000 tonnes.

Passenger growth in June was largely supported by strong growth in transfer/transit traffic. Passenger traffic to and from Japan, Europe and Southeast Asia recorded the most significant increases.

On cargo, the decrease in throughput in June was attributed to weaker performance in transshipments and imports, which dropped by 13 per cent and 11 per cent, respectively. Amongst the key trading regions, cargo throughput to Southeast Asia and Europe decreased most significantly.

On a 12-month rolling basis, passengers and flight movements grew 2.1 per cent and 1.0 per cent to 75.6 million and 429,435, respectively. Cargo throughput amounted to 5.0 million tonnes, a decrease of 3.5 per cent over the same period last year.