The $300 million investment is the largest airfield investment project since the airport opened in 1970 and is set to increase capacity, facilitate new routes and improve terminal facilities. 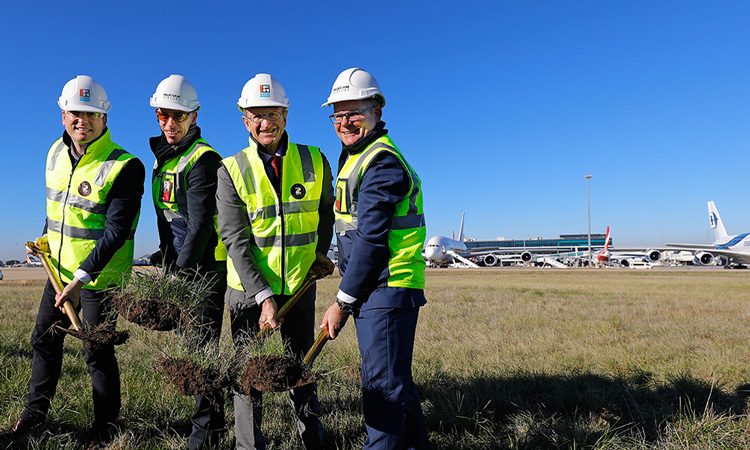 Melbourne Airport is expanding its airfield asset by developing a new taxiway network worth $300 million.

An official ground breaking ceremony took place to mark the commencement of works on ‘Taxiway Zulu’, which will create hundreds of jobs for Victorians during the three-and-a-half-year construction project.

As the largest single airfield investment for the airport since it’s opening in 1970, the new taxiway network will provide valuable additional space for aircraft traffic, improving the efficiency of movements on the ground as well as supporting the growth in Melbourne’s international connectivity.

The construction project will see the development of more than 250,000 square metres of new taxiway pavement and is designed to be completed without significant interruption to a single one of the airport’s daily flights.

Melbourne Airport Chief of Aviation, David Hall, said: “This is not just about breaking ground on a $300 million investment in our airfield; it is about transforming the travel experience for our passengers. When completed, these new taxiways will mean better on-time performance for flights, more space for international aircraft and access to new destinations – it’s all part of our vision to support Melbourne on its journey to become Australia’s biggest city.”

Duncan Gibb, Fulton Hogan CEO, said: “We are passionate about designing a new future for Melbourne Airport while setting a benchmark for sustainable infrastructure. Melbourne Airport has ambitious plans for its future and we are proud to be selected to help deliver their inspirational vision.”

John O’Callaghan, DCWC’s Project Management Director, said: “We are delighted to be supporting Melbourne Airport in the delivery of this challenging airfield development that unlocks the airport’s growth potential.”

The finished taxiway network will result in parallel taxiways in the north of the airfield in supporting wide-body aircraft movements in both the east-west and north-south directions.