A new ‘fly-through’ animation showcases what the passenger experience will look like in London City Airport when the £500 million transformation is complete. 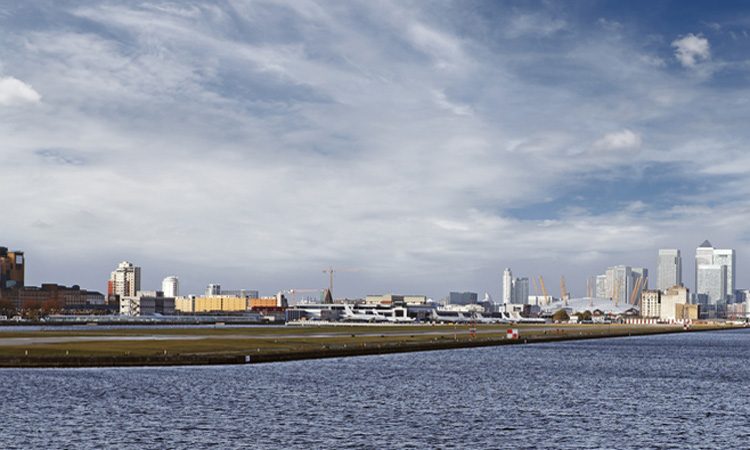 London City Airport has released a new two-minute animation which offers a glimpse of the future for London’s most central airport.

The video follows a record-breaking day for the airport (Monday 17 June), with 20,300 passengers either arriving into, or departing from, London City Airport. This is the busiest day in the airport’s 31-year history.

The video ‘fly-through’, created by the visualisation team at Atkins, conveys what the passenger experience will be like at London City Airport following the £500 million transformation, with major new facilities coming on stream in 2022.

The computer-generated animation depicts the airport journey of two pairs of passengers – a departing leisure couple and arriving business travellers – reflecting London City Airport’s evolving customer base. While business travel to and from the capital remains at the core of London City’s proposition, over the coming years the proportion of leisure passengers is expected to continue increasing, reflecting the airport’s broader role, changing mix of destinations, and growing East London population.

During the animation, the passengers experience the brand-new check-in area, security, departures lounge, baggage claim, dedicated arrivals area and gate lounges, with views of the airport – inside and out.

The animation has been published ahead of what is expected to be the airport’s busiest-ever summer, with annual passengers forecast to reach five million in 2019, and around 6.5 million following the major overhaul, reflecting the demand for the speed and convenience of London City Airport.

Peter Adams, Chief Development Officer for London City Airport, said: “We are building a new and impressive gateway for London in the heart of the Royal Docks, on the doorstep of the city and fast-changing East London boroughs.

“This new animation brings to life for the first time what customers can expect – be they international visitors to London, leisure city breakers or business travellers. London City Airport will offer an amazing modern airport experience while retaining the speed and efficiency that we know our passengers love.”

Steve Tasker, Aviation Market Director at Atkins, said: “We’ve worked alongside London City Airport for over 15 years and continue to be inspired by its ambition and steadfast focus on passenger and airline experience. The airport’s new terminal extension – which is captured beautifully by the animation – marks the latest chapter in a genuine success story for London and the aviation industry.”

The impact of digital transformation at iGA Istanbul Airport