‘One Too Many’ campaign returns to UK airports in 2019

For the second summer in a row, those travelling from the UK’s airports are warned of the cost of disruptive behaviour with the ‘One Too Many’ campaign. 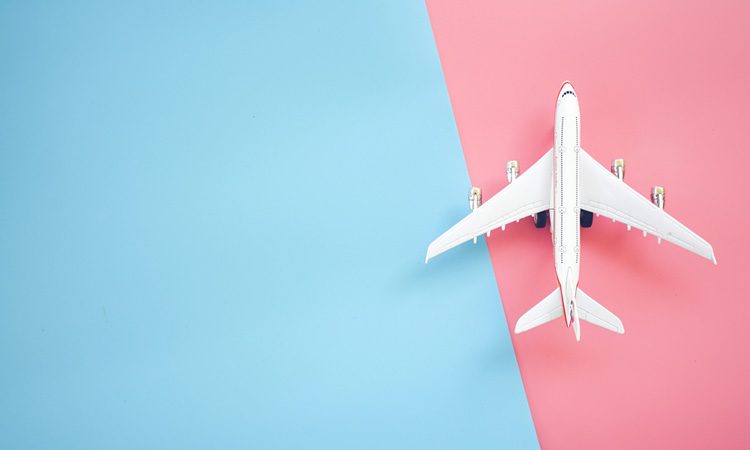 The ‘One Too Many’ campaign has launched for 2019’s busy flying season to once again remind passengers of the serious consequences of disruptive activity, and reinforce the UK Aviation Industry Code of Practice on Disruptive Passengers.

Passengers will see warnings about disruptive behaviour posted on digital display screens, in retail and food and drink outlets, and via a targeted social media campaign, which last year reached over eight million passengers across Snapchat, Facebook and Instagram. They will remind passengers that the penalties can range from being denied boarding, fines of up to £80,000 or jail for the most serious offences.

It is a refresh of last summer’s successful campaign, which was the first of its kind to bring the main aviation industry partners together with 10 pilot airports participating. After a successful summer run, the campaign relaunched in the winter of 2018 with an additional four airports signing up. The launch is backed by Aviation Minister Baroness Vere, with the government highlighting the campaign as an example of industry best practice in its Aviation 2050 – the future of UK aviation Green Paper. 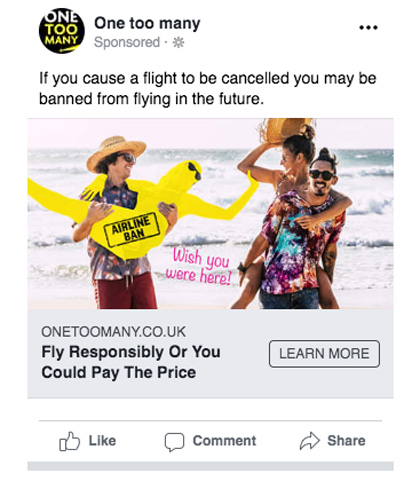 Positive signs have been recorded at a national and local level since last year’s campaign kicked off. In 2018 Civil Aviation Authority (CAA) figures showed that the number of disruptive passenger incidents had dropped slightly from 417 to 413 year-on-year, despite the record number of departing passengers from the UK airports, growing by 2.7 per cent in 2017. However, some regional leisure routes have seen an increase, and with 31 per cent of reported incidents explicitly linked to alcohol in 2017, the campaign seeks to make clear that disruptive behaviour, under any circumstances, has no place in the aviation sector.

On a local level, airports are employing the One Too Many campaign to complement their own efforts. The results over the last year have been encouraging. Glasgow Airport, for example, has reported a 52 per cent drop in outbound alcohol-related offenders since the campaign’s inception. Greater Manchester Police also reported a 23 per cent reduction in incidents for Manchester Airport.

Baroness Vere, UK Aviation Minister, said: “The vast majority of passengers enjoy themselves responsibly, but there are a small minority that can make flying unpleasant or unsafe for others. We are clear this will not be tolerated. It is great to see the industry coming together for this campaign to help ensure flying is safe and enjoyable for everyone.”

Speaking on behalf of airport retailers, Francois Bourienne, Chair of the UK Travel Retail Forum, said: “The results of the campaign so far have been incredibly promising and there has been a great response from the partner airports who have reported decreasing numbers of disrupting passengers. The numbers have always been low but passengers that are disruptive ruin the experience of others on their flight, cause stress for staff and additional expense for airlines. As One Too Many makes clear, this is unacceptable, and all offenders will face consequences much worse than a hangover.”

Speaking on behalf of airlines, Rafael Schvartzman, Regional Vice President for Europe at IATA, added: “We are proud to be back on board to continue to reduce rare incidents of unacceptable behaviour. The One Too Many campaign has been effective in enhancing public awareness of the consequences of disruptive or disorderly behaviour. This has been noted by the aviation industry across Europe, which has drawn inspiration for their own initiatives.

“It is rewarding that the UK’s aviation industry has worked together to achieve a reduction in the number of incidents and is setting the benchmark high for other countries.”

Speaking on behalf of airports, Karen Dee, Chief Executive of the Airport Operators Association, commented: “The One Too Many campaign has returned to remind passengers of the penalties they face. However, the industry itself needs no reminder. Airport and airline staff are always ready to act to prevent or deal with a disruptive incident and will not hesitate to action the deserved penalties. We hope those departing from the UK’s airports this summer fly responsibly and start their party at the destination, not on-board.”